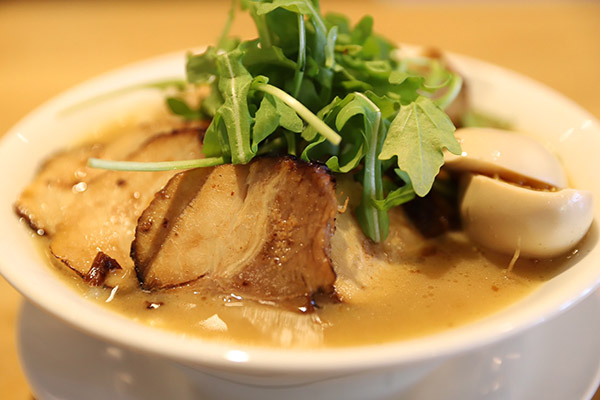 TORONTO — After a five-alarm fire burned through its popular Baldwin Street location on June 9, 2017, the future of Ryus Noodle Bar looked about as clear as its rich miso ramen broth. With the downtown Toronto restaurant fenced off and closed indefinitely (along with three of its neighbours, including Baldwin Street staple, Kon-nichi-wa), regulars and ramen enthusiasts alike were left wondering if they’d enjoyed their last bowl at Ryus. 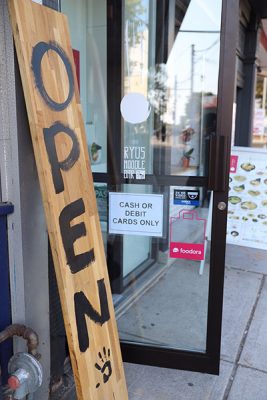 Fortunately, great news came a month later when Ryus announced that they were opening a new location at Broadview and Danforth in the city’s east end. The new location, which officially opened on Aug. 11, is located directly across from the Broadview TTC Station. And while it might be a bit of a trek for some of the former Baldwin regulars, the trip is certainly worth it, whether it’s your first bowl of Ryus or your first in a while.

Despite visiting on the hottest day of the year, with temperatures pushing 34 degrees, just stepping into the familiar surroundings of Ryus was enough to forget about the sweltering heat. Inside, much like its predecessor, the new location maintains a simple design aesthetic, with white walls and dark accents. The roomier, more open space still offers a mix of seating options, with smaller tables along the front and side walls, and a single row of bar seating at the restaurant’s centre. 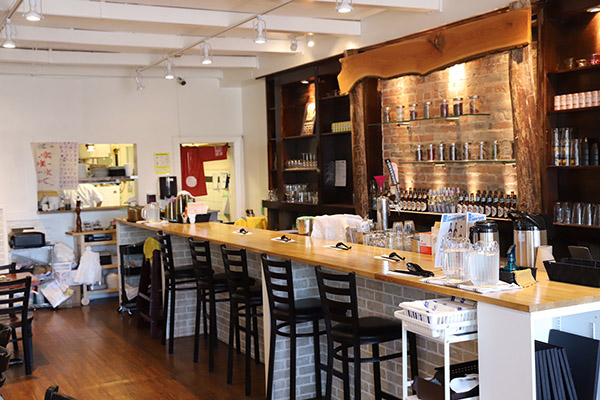 Fans of the Baldwin location will also feel right at home when it comes to the menu. Standard choices like shio, shoyu, and miso return alongside favourites like the Pork Blaster and Angus Roast Beef Ramen. Much like the décor, most of the differences in the menu are subtle, but the big one is the broth. While the Baldwin Street location’s signature soup base was made up of a mix of pork, chicken, and vegetable-based broths, this time around, it’s all about chicken (and the unique balance of umami, sweetness, and richness that comes with it).

To put this new flavour to the test, it was time to try a fan favourite from the original location: the Pork Blaster. Piled high with slices of dreamy, slightly smoky pork, fresh greens, and a soft-boiled egg, the Pork Blaster is not a dish to be taken lightly. You better like pork and you better be hungry. If you satisfy both of those conditions, you’re in for a real treat. The cha-shu, which also comes standard with other ramen dishes on the menu, is unlike anything you’ve experienced in a bowl of ramen. Cooked to perfection, the tender, delicately fatty slices literally melt away on your taste buds. Savoured together with a slurping of hot broth and noodles, and you really have something special.

While normally quite a filling endeavor, the new chicken-based broth really balances out the pork, and adds a welcome lightness to the soup flavour of your choosing. Speaking of soup bases, the new location also adds “clear” broths to go along with its existing “rich” options. An extensive list of add-on toppings is also still available, along with a “MYO” (make your own) ramen option. Prices remain consistent, with standard bowls of ramen running in the $11-$12 range, and premium offerings going for $17-$18. Service is quick and friendly.

Nearly four months after the fire, Ryus Noodle House on Baldwin remains “closed for renovations”, with hopes of one day re-opening. Until then, it’s good to know that ramen lovers can get together at Broadview and Danforth, where one of the city’s beloved ramen shops has found a new home. 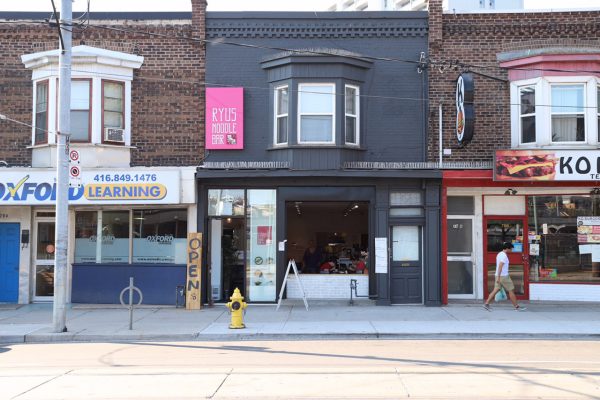