Artist documents her adventures in Japan through watercolour paintings 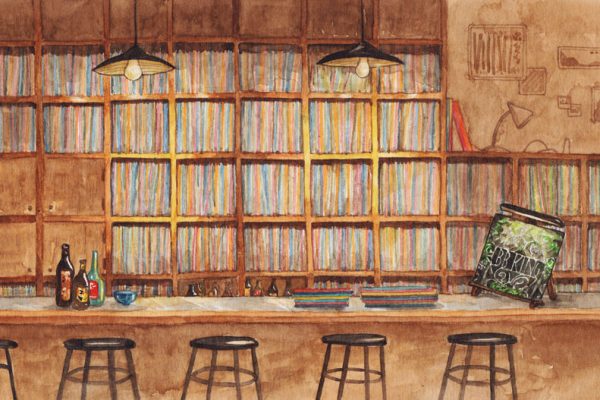 Omiyage, the Japanese word for a gift or souvenir brought back from travels. It is often a food item representing the place visited and is a necessity to bring back in Japanese culture.

Toronto artist Justine Wong took this idea to the next level when she spent a month travelling across Japan.

“Pretty much anyone who goes travelling anywhere would always bring home something to share with people and for me it was more of bringing home not just a food item or an object,” Wong tells the Nikkei Voice. “But stories to share with people, and really the full experience instead of a commercial product.”

Wong decided to paint 100 of her meals; breakfast, lunch and dinner, in a project she called, ’21 Days in Japan: An Illustrative Study of Japanese Cuisine.’ In May of 2015, Wong travelled on her own, making stops in Osaka, Kyoto, Nara, Nagoya, Hakone, Yokohama and Tokyo. She documented her meals and experiences through beautiful and detailed watercolour paintings.

To fund this project, Wong started a kickstarter campaign. Kickstarter is a crowdfunding website, where people introduce a project and ask for monetary pledges of support. Everyone who funds her project gets a reward, their own omiyage from Wong. Depending on how much money a person pledges, they would get a postcard print of one of Wong’s paintings or even an original painting. From 135 pledges, Wong received over $6,000 dollars to fund her adventure. 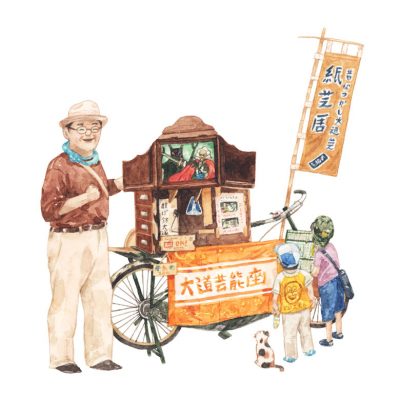 “It was a lot of people who were just really interested to see what would come out of it and to be a part of the story. Which was the most important part, I think with any kind of crowdfunding project,” says Wong. “You make people feel like they are part of your story.”

Wong studied design and illustration at OCAD University, and worked as a junior designer at an editorial company, before deciding to quit her job, pack her bags and head for Japan.

While in Japan, Wong says she quickly learned that Japanese food was more than sushi and ramen. She connected with people who she met online, who were interested in her project. New friends showed her hidden places, known only to locals.

Her paintings are small vignettes of places she visited and things she saw. One of her favourite places she painted she discovered through a friend she met in Japan. A small bar in Tokyo, with wood panelling and the wall behind the bar filled with a personal collection of vinyl records.

“It’s like a hole in the wall, you go down this little street and you go up three flights of stairs and there’s just a door,” says Wong. “He [the owner] would just sit by the [record] player and just DJ all night. He would switch it [the music] to whatever he liked and display the cover on the light stand.”

“All the drinks were $5, and the owner gave you what he felt like giving you,” Wong laughs. She adds that if he recognized you as a regular, then he’d give you the good whiskey.

Wong travelled through Japan for 28 days, taking photos of all her meals, and notes about what she was eating. When she returned to Toronto, she spent six months painting everything she ate, and put together a small exhibition in Toronto. The most rewarding part of the project was watching people walk through her exhibition and excitedly telling her their experiences eating the same food in Japan, says Wong. 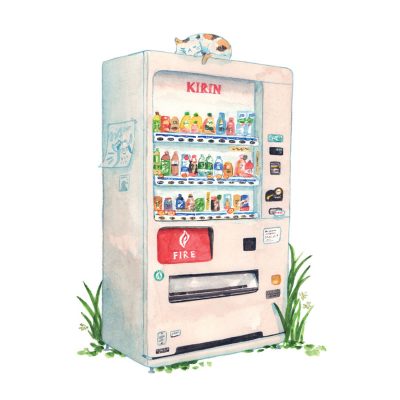 A vending machine lights up a dark street like an oasis in Japan, says Wong. Photo courtesy: Justine Wong.

“It was very incredible to see people point out the things that they ate when they travelled to Japan and often times they would tell me their stories about when they ate it, and what they felt like when they ate it,” says Wong. “The conversation was the most interesting and important part of it.”

Wong now sells prints and postcards from her adventure on her website. One of her most popular prints is a watercolour vending machine, an iconic images of modern Japan.

“The most familiar thing you see is the glow from the vending machine, and there are so many of them in Tokyo that almost become the streetlights of the city,” says Wong. “In some ways it’s a really recognizable part of the city, but also a bit of a safe haven of someone who is thirsty or feels like they need a little bit of security at night time.”

Studying Japanese cuisine gave Wong a glimpse into Japanese culture. She learned about the care, courtesy and hospitality that goes into a restaurant meal in Japan. She points out that complimenting and thanking for a meal is so deeply embedded in Japanese culture, more than in Western culture. There is no western word for gochisousama, she laughs.

Now Wong is living in Tokyo for a year, doing freelance work for Japanese and Canadian companies. But already planning her next artistic adventure, Wong hopes to delve into the culinary world of India next.

To see more of Justine’s work, visit her website: www.patternsandportraits.com