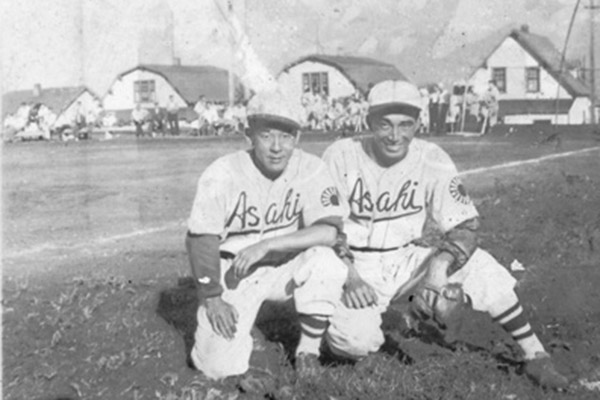 ST. MARY’S, Ont. — Legendary Asahi player/manager and MVP award-winning shortstop Roy Yamamura was inducted into the Canadian Baseball Hall of Fame and Museum during a virtual ceremony on Nov. 16. While the entire Asahi team was inducted into the hall of fame in 2003, Yamamura is the first individual player to be honoured with the distinction.

The hall of fame’s Class of 2021 included 16 individuals and one team, all inducted posthumously as the hall recognized trailblazers overlooked in baseball history. A handful of inductees, like Yamamura, had their careers cut short due to racist policies, laws, and restrictions in Canada. The inductees were selected by a six-person committee comprised of Canadian baseball historians from across the country.

“The members of the Canadian baseball community honoured today for their contributions to the game’s long history in Canada reflect our story,” said baseball historian Bill Humber during the induction ceremony.

The hall recognized Yamamura not only for his numerous achievements as an Asahi player/manager but for being a positive voice for baseball in Canada his entire life, refusing to let the dark days of internment spoil his love of baseball.

“Roy was a dominate player in the league, and indeed one of the best players in Western Canada between the wars,” said Humber. 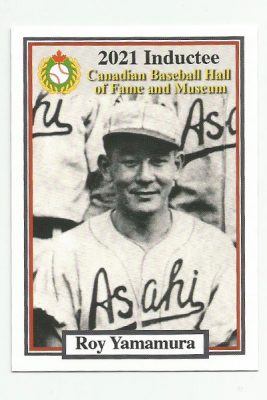 A base-stealer and batting champ, Yamamura played for the Asahi team for nearly two decades. Andy Lytle, former Toronto Star sports editor and Vancouver Sun baseball writer in the 1930s, described Yamamura as “the best Canadian shortstop” he ever saw.

Yamamura, born in the Kitsilano neighbourhood of Vancouver in 1907, played for the Asahi team from 1921 to 1941. He began playing baseball as a kid, first tennis ball with an old bat in the neighbourhood sandlot and then on his Sunday school boys’ team. Before joining the Asahi, Yamamura and his brother Ken played for the Yamato Baseball Team in 1921. Ken also played infield for the Asahis from 1923 to 31.

The Asahi Baseball Club was one of Vancouver’s most prominent athletic clubs during the interwar period, active from 1914 to 41. The Japanese Canadian baseball club played their home games on the Powell Street Grounds (Oppenheimer Park). The team was a source of pride for the Japanese Canadian community, with hopeful recruits coming from every town surrounding Vancouver.

“One of the greatest moments of my life came when I had just turned 16. Harry Miyazaki, the then manager of the Asahis, asked me whether I would like to play on his team. ‘Gee’ was about the only thing I could utter,” Yamamura told The New Canadian in 1939.

In a time when baseball was defined by powerful players, big hits, and home runs, the Asahi played a brand of baseball called “brain ball” that countered that style of play. With smaller players with less hitting ability, the Asahi stressed teamwork and solid execution, employing stolen bases and bunts to get runners to scoring positions and to home plate.

“Roy Yamamura became the master of this brand of baseball. On the basepaths, he was a whirlwind; always alert to get a good jump on the pitcher,” historian Toyo Takata wrote in the Nikkei Voice in August of 1990, shortly after Yamamura died. “But it was his sparkling fielding at shortstop—the most difficult infield position—that drew raves of amazement and admiration.”

Yamamura was known as the dancing shortstop and no other player compared in stolen bases. At five feet two inches and 115 pounds, he raced around the bases and “stole the opposition blind—the fans loved it,” historian Pat Adachi wrote in Asahi: A Legend in Baseball.

It was not only Japanese Canadian spectators in the stands. The Asahi’s success led to a strong following among Japanese and non-Japanese fans. The team’s success helped build bridges between the Japanese Canadian and wider Vancouver community in the 1920s and 30s. Yamamura also played for the top-division Vancouver Arrows in 1931, the only Japanese Canadian player to do so. Despite this, Yamamura still faced racism while playing a game deemed to be a “White sport.” On the field, opposing team managers used racial slurs, and off the field, the Vancouver Sun and Daily Province frequently published articles using racist language.

Despite this, the Asahi led by Yamamura as manager, won the Terminal League title in 1926. Their wins continued, the team won a league championship every year from 1936 to 41, but their streak was cut short when Japanese Canadians were interned during the Second World War. Many Asahi players brought baseball into the camps and assembled teams to play informally against each other, leading to the formation of the Slocan Valley Championship. The games were a morale booster for Japanese Canadians uprooted from their homes.

Yamamura moved East after the war, where he continued playing baseball for Nisei teams in Hamilton and Montreal. He managed an all-star team in the Hamilton Ontario Nisei Sunday Baseball League, formed in 1948.

After retiring his mitt as a player, Yamamura continued to umpire games, including the Japanese Sunday League in Toronto and Toronto Star Peewee baseball tournament at the Canadian National Exhibition. For the latter, he would book his vacation time from work at the same time as the tournament so he could umpire. For his service, he was honoured as “Mr. Umpire” at the Toronto Star Tourney in 1979.

“I’ve lived on baseball all my life,” he told the Toronto Star in 1975. “For 22 years, I played shortstop and managed my hometown team, Vancouver Asahi, and for the past 25 years, I’ve umpired.”

Many players never returned to Vancouver, and the internment of Japanese Canadians brought an end to the Asahi Baseball Team in 1941. The team was reunited 31 years later at the Japanese Canadian Cultural Centre in Toronto in 1972. Because of the passion and dedication of former players, their families, and fans, the legacy of the Asahi lives on today.

“When I was informed that dad was being inducted as an individual player to the Canadian Baseball Hall of Fame in November, I was so thrilled, excited, happy, and very, very proud. Baseball was always a big part of his life, this was his greatest achievement. I do not think he ever imagined it would come true. Such an honour for him,” said Yamamura’s daughter, Bonnie Fukuzawa, during the virtual induction ceremony. “On behalf of myself and my family, thank you all very much for recognizing my dad’s legendary accomplishment as an amazing Asahi player in a sport he thought passionately to be the best game ever.”

Written with files from Nikkei Voice, The New Canadian, and the Toronto Star and Asahi: A Legend in Baseball. Thank you to the family for providing the research material.

THIS ARTICLE WAS REPRINTED FROM NIKKEI VOICE’S FEBRUARY 2022 ISSUE. SUBSCRIBE OR DONATE TODAY TO HELP SUPPORT OUR NEWSPAPER. 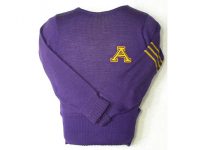 
[…] called Hotel World. And it was across Dunlevy Avenue from Powell Grounds, where the Vancouver Asahi baseball team showed other teams how good baseball should be […]