Japanese community in Yellowknife worried in wake of Yoshikubo disapperance

Posted by Matthew O'Mara
Yellowknife — RCMP maintain that Atsumi Yoshikubo, a 45-year-old Japanese psychiatrist who vanished over three weeks ago in the North West Territories, planned to disappear in the wilderness outside of the city.

Yoshikubo checked into the Explorer Hotel on October 17. Two days later she was spotted on security cameras browsing a gift shop. On October 22, she was seen heading out towards Jackfish Lake. She has not been seen since.

A week after her disappearance, searches for her were called off. On November 4, RCMP told local and Japanese media that they had received a report that a suicide note from Yoshikubo had been found in the possession of a friend in Japan.

“I saw her on Oct 21st [in] downtown, she looked like a normal tourist,” Ricki Koichi Shimada, who works with Canada Aurora Visitor Information, wrote over an email to Nikkei Voice. “Since [the] 25 years from [when] we start[ed] Aurora Tour, this is first case [of someone disappearing].” 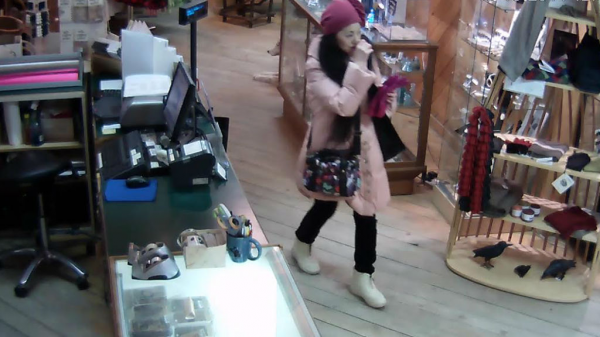 Some 50 Japanese people live in Yellowknife, mostly families with children under 10 years of age. Many in the community said they were afraid Yoshikubo had been kidnapped or that some foul play had been involved in her disappearance.

According to a North West Territories tourism fact sheet, Japanese tourists account for 20 per cent of the annual tourists in the area.

Shimada met with Japanese media in the wake of Yoshikubo’s disappearance. He says misinformation was being spread about the details of her stay and when she had gone missing.

Shimada believes that she had gone out by herself and had trouble tracking through the bush. Most Japanese tourists visit the area to view the Northern Lights otherwise known as the Aurora Borealis.

He recalls another time when a woman wanted to go out alone at night to view the lights, but he recommended against it. The average temperature in October a night ranges from -14 °C to  -19 °C. In January, temperatures drop to around −26 °C.

“We thought she was not alive on Oct 29 (7 days later after missing),” Shimada wrote. “It was [a] warm winter week, but too cold to survive.”

Shimada is confident that Yellowknife will not see an increased number of disappearances among Japanese tourists who may try to imitate Yoshikubo. He says the costs of visiting the area are simply too prohibitive, but he believes Japanese tourists have to be careful while travelling in Yellowknife and make sure they are not venturing outside on their own at night.

In an article on his company website, Shimada stressed that Yellowknife and the North West Territories are not a tourist destination and gives potential visitors a list of precautions they should take before venturing to Northern Canada.

In an interview with National Post, Kenji Yoshikubo, Yoshikubo’s brother, believed that he would see his sister alive again. He reasoned, why would she have bought a round trip plane ticket to Canada and be seen on security cameras buying jewellery at the gift shop?

The RCMP worked closely with the Japanese consulate in coordinating efforts to find Yoshikubo.

“I can certainly understand, especially in a case of a missing person and something that seems so mysterious, people really do want to know,” Sturko told CBC. “Of course we have information that we’re not always able to provide to the public because we do have to maintain the integrity of the investigation.” Sturko added that more information could be made available if Yoshikubo’s body is found.

More than three weeks after vanishing into the wilderness of Yellowknife, the small Japanese community in Yellowknife know not to hope for the best and are prepared for the worst.

Featured image: RCMP maitain that Atsumi Yoshikubo, a 45-year-old Japanese psychiatrist who vanished over three weeks ago in the North West Territories, planned to disappear in the wilderness outside of the city. Photo courtesy: RCMP


[…] Yoshikubo was a 45-year-old psychiatrist who enjoyed travelling on her own. She stayed at the Explorer Hotel where staff found her luggage in her room three days after she went missing. […]