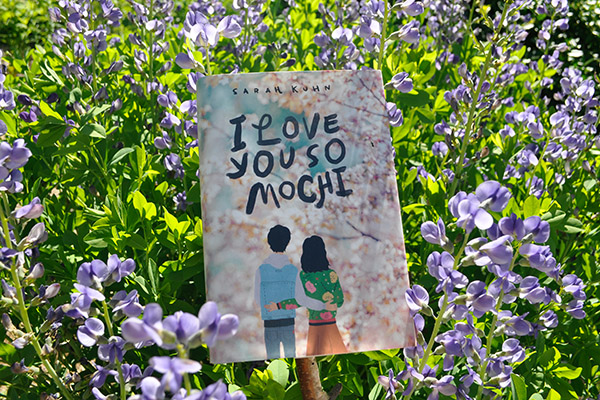 Growing up, Sarah Kuhn rarely saw characters that looked like her, now she changing that.

Author Sarah Kuhn is creating stories with Asian American girls as the heroes of their own stories, either as literal superheroes or regular girls forging their own paths.

Growing up as a hapa, Japanese American, Kuhn rarely saw characters that looked like her in the stories she loved, sci-fi/fantasies or romantic comedies. Even more rare were stories where Asian girls and women were the heroes of their own stories, and not just characters to be desired, or tragic figures that help the hero learn a lesson on his journey. 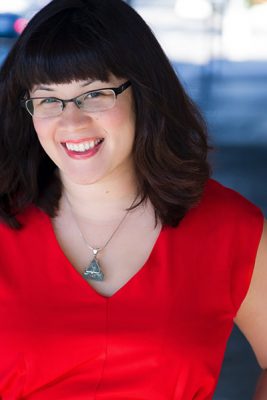 Sarah Kuhn is the author of the Heroine Complex series and the new book, I Love You So Mochi. Photo courtesy: Scholastic Press.

“I have really become a strong believer if we don’t see something in real life, or if we don’t see it in the media we are consuming then we don’t believe it could be true,” Kuhn tells Nikkei Voice in an interview. “I didn’t realize how much I internalized that, and I kind of saw myself as the sidekick in my own life. It took me a long time to realize that I could be a writer of the stories that I had grown up loving so much, and that I could enter women that looked like me in those stories.”

Now Kuhn is creating Asian characters that kick butt, both literally and figuratively in her books. Kuhn is the author of the popular young adult series Heroine Complex, which follows Aveda Jupiter and Evie Tanaka, childhood best friends and superheroines, fighting demon cupcakes and balancing a complex friendship dynamics.

Kuhn is also currently working on the Cassandra Cain incarnation of Batgirl as a graphic novel for DC Comics. It has been an exciting time, and almost a golden age to be creating comics, she says. Superhero movies dominate the box office, small screen and graphic novels are widely consumed by a variety of people.

Now everyone knows who the popular superheroes are, like Iron Man, Batman or Captain American, which is making room for more diverse heroes to get their own stories as well, says Kuhn. Wonder Woman made her box office debut in 2017, and Spider-Man: Into the Spider-Verse introduced Miles Morales, a mixed race, Puerto Rican-African American Spider-Man. More than ever, more people are getting to see themselves as the superhero, says Kuhn.

“It’s exciting to be writing about [diverse characters] in books and comics, I would say that is totally a dream come true and something  I never thought I would get to do,” says Kuhn. “It is fun, and I think now being a nerd is a little bit more celebrated.” 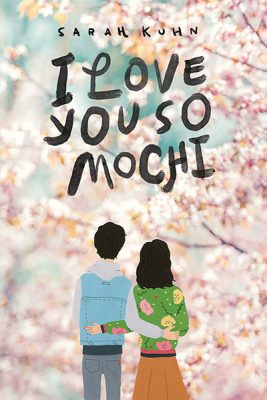 The cover of I Love You So Mochi, by Sarah Kuhn. Photo courtesy: Scholastic Press.

There are currently three books in the Heroine Complex series, as well as a standalone novella spin-off, Unsung Heroine, which was published at the beginning of July.

In Kuhn’s other new book this year, her character, Kimi Nakamura is not a hero of the ‘super’ variety, but a hero in a sense of forging her own path. A young adult romantic comedy, I Love You So Mochi, follows Kimi Nakamura on a soul-searching adventure to Japan after an explosive fight with her mother. Kimi visits her estranged maternal grandparents, and understands a different side of her mother, all while exploring Japan with an adorable boy named Akira. The story is soft and sweet, like a perfect morsel of mochi that Akira’s ojisan sells at his mochi stand in Maruyama Park.

While Kuhn creates stories with Asian girls at the centre, their “Asian-ness” is not their entire identity, nor does it exist in a vacuum. Their stories carry universal themes, they are stories about friendship, family and finding yourself, the characters themselves can not be swapped out with anyone else. Their Asian identities form their experiences.

In the Heroine Complex series, Evie and Aveda connect over a “lunchbox moment,” when on one of the first days of school, Evie brings food for lunch that their peers think is weird. Aveda stands up for Evie, and it becomes a bonding moment for the characters. 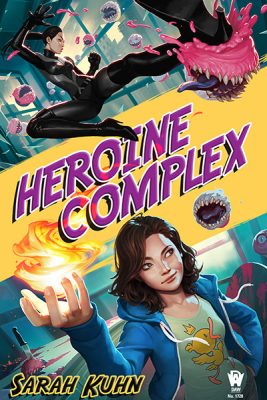 In I Love You So Mochi, Kimi is a Asian American who travels to Kyoto. She has to navigate Japanese customs she is not familiar with, and while she looks like a Japanese person, she sticks out as a foreigner in the Japan when she makes societal faux pas.

Because of these grounding, relatable experiences, young Asian girls can see themselves, both physically in Kuhn’s stories, but also through shared experiences with the characters. Kuhn says she loves when readers come up to her and say they have seen themselves in her stories, or when parents of hapa children want to introduce her stories to their children.

“With all of my stories, I’m kind of hoping, especially Asian girl readers, feel like they can see themselves, that they feel like they see stories where Asian girls are centred and they are experiencing joy,” says Kuhn.

“Sometimes when something is joyful and fun, it’s harder for people to see it as important. If I had seen stories before when I was younger, where Asian women were the main characters, superheroes and were getting to do all these things and getting to have all these fun adventures, for me that would’ve been groundbreaking. And for me writing it now, it feels like groundbreaking for myself.”


Like!! I blog quite often and I genuinely thank you for your information. The article has truly peaked my interest.