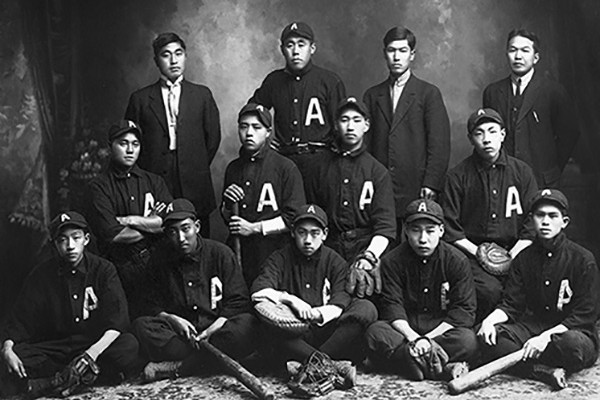 Everybody loves a good sports story, and baseball ones seem to possess certain narrative qualities that help it reach mythological proportions.

Even as I begin to write this in the midst of the magnificent World Series between the favoured San Francisco Giants and ‘underdog’ Kansas City Royals, I have to admit that I do take some pride in the fact that Nori Aoki of Japan and American Travis Ishikawa have played important roles in getting their respective teams to where they are.

Now, excellence in sports is nothing new for the Nikkei. Many Sansei and Yonsei have made it to the professional level of the National Hockey League, Major League Baseball, and National Basketball League. Of particular note, Nisei Wataru Misaka, was the very first non-white player in the NBA (then called the Basketball Association of America). Misaka, 91, from Ogden, Utah, played for the New York Knicks in the 1947-48 season.

We Japanese Canadians have our own Nisei sports legends most of whom have now faded away into obscurity. One that has survived thankfully is that of the Asahi baseball team that were the pride and joy of the Vancouver JC community before World War Two when they were forced to disband. (Although I have yet to see it, the 2014 Japanese feature movie production of The Vancouver Asahi, starring Kazuya Kamenashi and Satoshi Tsumabuki and directed by Yuya Ishii, promises to be an apt tribute to these baseball legends. It’s scheduled to premiere December 20th.)

If one can look at any one area of history that is a barometer of social change it is sports. Certain ideals of fair play and equality have been challenged within its purview before affecting greater social change. It has been in the arena of sport where many myths of racial supremacy have been shattered.

We JCs played our part in this evolution too. Despite some persist in diminish us as athletes because of our relative size compared to the hakujin (Caucasians), the fact that we can hold our own as athletes still seems to surprise the hell out of many white Canadians who follow sports. Surely, Japanese are amongst the elite in tennis (Kei Nishikori), figure skating, soccer, baseball and a myriad of other sports.

From this 2014 point of view, it seems somewhat remarkable that the Issei were allowed to play in organized baseball leagues in Vancouver in the early 1900s. At that time, the precursor to the Asahi, the Vancouver Nippons, were playing all white ball teams. When they disbanded in 1918, the Asahi came to be and their home field, their “field of dreams”, was to be the Powell Grounds (now Oppenheimer Park) in Vancouver’s former Japantown neighbourhood.

Toronto author Ron Hotchkiss, a retired high school history teacher, does a wonderful job of piecing together and compiling the story of the Vancouver Asahi baseball team both pre and post- World War Two into a compelling narrative.

This book joins The National Film Board of Canada production Sleeping Tigers: The Asahi Baseball Story (2003) and Pat Adachi’s groundbreaking book, Asahi: A Legend in Baseball: A Legacy From The Japanese Canadian Baseball Team to its Heirs, that started it all in 1992.

It has been more than 70 years since they played but the value of this story is especially important for younger Nikkei. Before Ichiro, Masahiro Tanaka, Koji Uehara, Hideo Nomo and Munenori Kawasaki of the Toronto Blue Jays, there were generations of players who laid the groundwork for this one.

The Asahi’s mythical status has as much to do with their remarkable character and work ethic as it did with their wins and statistics. Despite not having much success at the outset, the team persevered in good old Nisei fashion. It was under the tutelage of Harry Miyazaki that they learned how to play the game in what became what we know today as the the Asahi way.

A brilliant baseball tactician, Harry Miyazaki, is the first Asahi player that Hotchkiss focusses on. Miyazaki played with the team in the International League then the Terminal League before retiring in 1922 to take care of his dry cleaning and clothing shop in Vancouver. Persuaded to become the Asahi manager, it was Miyazaki who, generations ahead of his time, realized that if a team focussed on developing strategies that matched the strengths of its players, then the team could ‘outsmart’ other teams. His brand of “brain ball” stressed base stealing, bunts and hit and run plays that are the norm in MLB today.

It is also important to remember that it was against the historical backdrop of Hitler’s Nazi Olympics in 1936 where the Aryan supremacy was challenged by African American Jesse Owens and remembering that it wasn’t until 1947 when baseball legend Jackie Robinson broke the “colour barrier” in American baseball. JCs were still fighting against the forces of white supremacy too. In Canada, racist groups like the Asiatic Exclusion League, White Canada Association, Native Sons of B.C. and Canada throve and conspired against us.

Still very much a nation where racism prevailed, even after being imprisoned in BC internment camps for the duration of WW2, baseball leagues were formed and games continued during and even after the war in eastern Canada communities like Coleman, Alberta (George Yoshinaka); Greenwood, BC (Joe and Jim Fukui); Kamloops, BC (Kaye Kamenishi); Toronto (Mickey Sato, Ken Kutsukake, Koei Mitsui) where they played for the “Harry Miyazaki Challenge Cup”; Hamilton (Roy Yamamura and Frank Shiraishi); Montreal (Kaz Suga and Yuki Uno) where

JCs were forced to settle. After the war, leagues and teams were formed and continued into the 1960s, fading as former stars like Mickey Maikawa, Maw Mori, Reggie Yasui, brothers George, Charlie and Herbie Tanaka, “Mousie” Matsuda, “Naggie” Nishihara, brothers “Yo”, Mickey and Ed Kitagawa, “Ty” Suga, Mike Murano, George Shishido, Frank Shiraishi, Tom Matoba, Frank and “Sally” Nakamura (who became an actor and singer in Japan) among many others, aged, and interest waned.

If you’re a Sansei or Yonsei who’s ever wondered what it might have been like to watch an Asahi game then to hang out on Vancouver’s Powell Street with a New Canadian reporter’s eyes and ears at places like Ernie’s, the New Pier Cafe or Sumiyoshi’s, travelling down the coast to Seattle to watch a Pacific Northwest Championship game, then I would urge you to read this important new work about this glorious but painful time in our history when the spirit of the Asahi baseball team helped to prove to all Canadians that we belong. 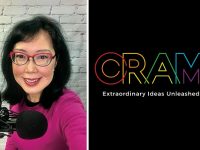