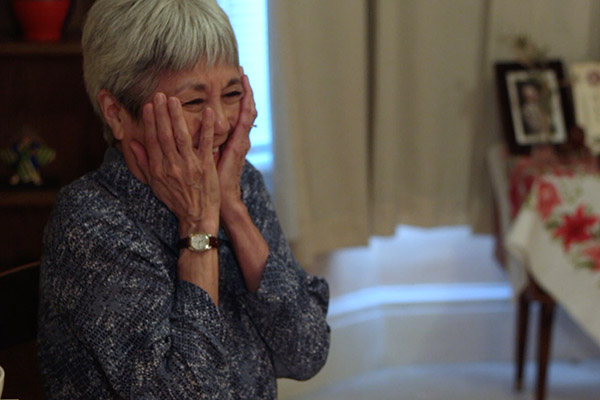 TORONTO — In a 23-minute play, actress Brenda Kamino explores the incredible 100-year life of her maternal grandmother, Hina Yoshida. Written by and starring Kamino, At the End of the Day explores Hina’s life through moments of upheaval. From leaving Hiroshima for an arranged marriage, to her life being uprooted during the Second World War, to the impending closure of her idyllic retirement home.

“Her life was an amazing journey,” Kamino tells Nikkei Voice in an interview. “I want [audiences] to take away a woman with a sense of humour, sense of self, and sense of family.”

Directed by Brenley Charkow and filmed by Bonnie Anderson, At the End of the Day will be presented at the Digital Toronto Fringe Festival, available online to all Canadians from July 21 to 31.

Kamino is an actress, teacher, writer, and director who has performed in theatres across Canada for over 40 years, including the National Arts Centre and a season at the Shaw Festival. Her television and film career includes over 100 guest and lead performances, including the TV series Carter, filmed in North Bay alongside the late Denis Akiyama and the CBC Gem webseries, Warigami. 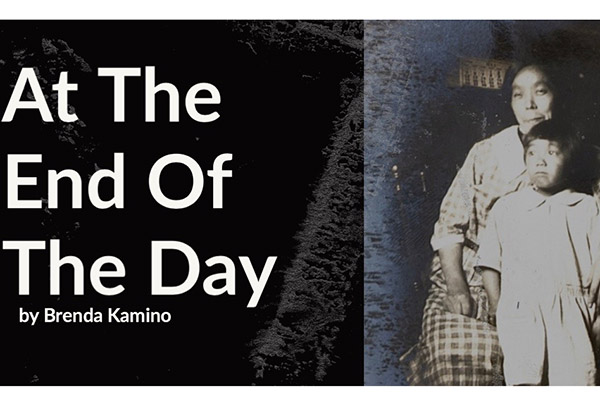 At the End of the Day turns the focus on Kamino’s grandmother, Hina, who arrived in Canada as a 30-year-old, divorced woman, arranged to marry a widowed Japanese Canadian man and care for his five children, including Kamino’s young mother. Hina did not speak English, so Kamino learned about her grandmother’s life through bits and pieces of secondhand stories from her mother. Despite the language barrier, Kamino has fond memories of her grandmother laughing and sharing stories at the kitchen table.

“It really was a great place, and I think my grandmother had made a home there,” says Kamino.

Hina celebrated her 100th birthday at Nipponia Home in 1998, giving a speech to her fellow residents. During her last year there, plans were being made to close Nipponia Home and move the residents to other homes in the area. Just short of Hina’s 101st birthday, she passed away, and a few months later, Nipponia Home closed, says Kamino. Hina’s time at Nipponia Home becomes the cornerstone of the play. Kamino plays Hina as a 100-year woman in her bedroom at the retirement home. As her adult daughters visit, she recalls these moments of upheaval that shaped her life, all while her current home hangs in the balance.

“All the memories and all the stories come out because of the imminent closure and the fact that she never wanted to leave Japan,” says Kamino.

Kamino originally wrote the play in 2000, shortly after Hina passed away. Recently, Kamino joined an online group of female theatre artists and creators over 50, where they read and give feedback on each others’ short theatre pieces. The pandemic has shone a spotlight on senior care and the rise in Anti-Asian racism, themes prevalent in the play, which felt fitting to revisit today.

“I would love for people to know my grandmother’s story, as I believe that a part of it is the story of the Japanese Canadians,” says Kamino. 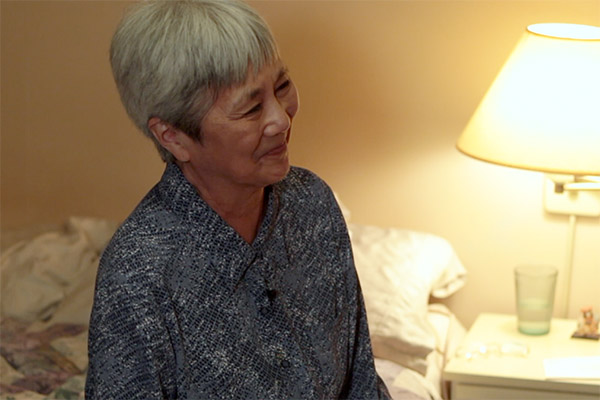 “[There were] few places for me to practice my art without first being Asian. So it was the descriptor in most of the roles I did. Asian, Chinese, Japanese, Korean, Filipino, proceeding doctor, scientist, dragon lady,” says Kamino.

“I got tired of my resume starting to identify who I was. I could hold up my resume and look at all the stuff I played and go, I don’t even have to look at the picture, I know this is an Asian person.”

Kamino spent much of her career pushing for the participation of actors of colour, who were disenfranchised and underemployed. She has been a fierce advocate for non-traditional theatre casting, where an actor’s ethnicity should not factor into whether they can play Romeo or Juliet. Her activism has been recognized with the Canadian Actors’ Equity Association’s Larry McCance Award. Kamino has spent much of her career pushing against her Japanese Canadian identity. For a long time, the roles available for Asian Canadian actors looked at the Asian identity through stereotypes.

In At the End of the Day, Kamino has written herself a role of a complete person, exploring their life as an Asian person based on her own and her family’s experiences.

“I spent my whole life battling against doing those roles. And here I have written one for myself to do, which is ironic. Having to explore [Hina’s] life has helped me, not cement my identity so much as fill in all the gaps,” says Kamino. “Being able to choose to [play] someone who is written to be a complete person from my experience, from my memories, and to suit me as an actor.”

Learn more about At the End of the Day here.

While the festival is over now, on-demand shows available on the Toronto Fringe Festival’s website are available until Aug. 22.