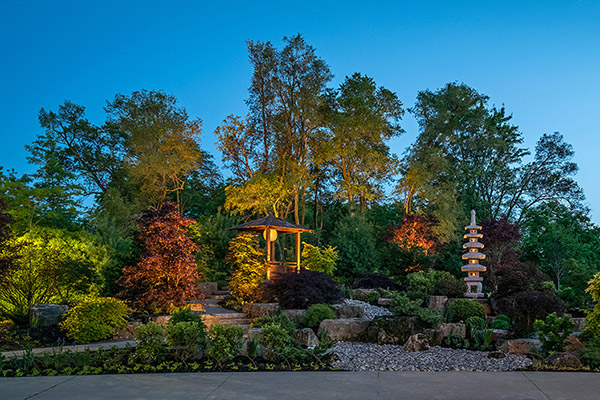 TORONTO — A garden symbolizing the 30 year friendship between the City of Burlington and the City of Itabashi in Japan was awarded the 2020 Parks and Recreation Ontario Award of Excellence for Park Design.

Itabashi Garden, located behind the Tansley Woods Community Centre, is a blend of Japanese design elements with Canadian features. The garden was opened on Canada Day by Burlington Mayor Marianne Meed Ward and Itabashi Mayor Takeshi Sakamoto, with an official delegation from Itabashi and Consul-General of Japan in Toronto, Takako Ito.

Designed by award-winning landscape architect Virginia Burt Designs, the garden has become a treasure in the city, where residents can take photos or reflect in a tranquil space.

“Because [the garden] is located at the community centre, as long as the weather isn’t dreadful, you can go there pretty much every day and there will be people outside in the garden. It’s really become quite popular attraction,” Rob Lyng, chair of the Itabashi Subcommittee tells Nikkei Voice in an interview. 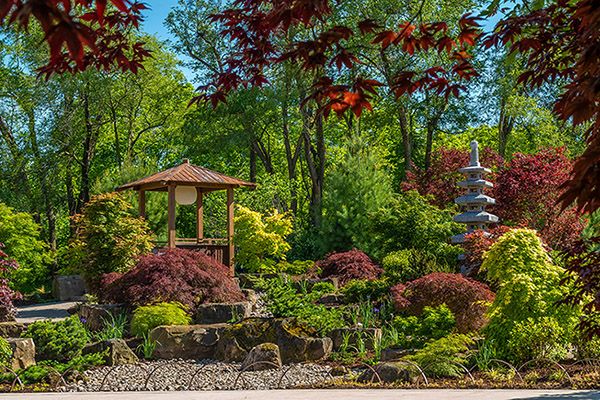 “The idea really goes back to a better understanding of one another’s cultures, which leads to better friendships and relationships with other people,” explains Lyng.

Burlington and Itabashi celebrate their twinning agreement on every fifth anniversary with gifts exchanges and most rewarding, official delegations, where citizens are visit each others’ cities. These delegations have lasting impacts and create lifelong friendships for each cities’ citizens, says Lyng.

When Lyng was in Itabashi, a Japanese woman told him her son visited Burlington as a high school student 20 years earlier. He had such a positive experience, he decided to improve his English and went on to study in the U.S. and now has a job that takes him around the world. 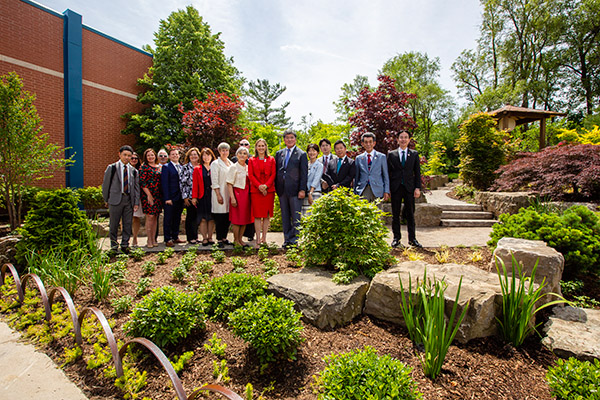 The idea to create Itabashi Garden was inspired by another official delegation visit five years ago. Burlington delegates visited Itabashi’s Tokumizuitei Garden. A couple of the delegates thought Burlington could benefit from the a similar Japanese garden and pitched the idea to city council. Five years later, the garden was opened to celebrate the 30th anniversary of the two cities’ twinning agreement.

The garden is Japanese in style and design, blended with Canadian elements, to symbolize both cities. Larges granite rocks from the nearby Niagara escarpment are arranged in a Japanese rock garden. There are 23 different types of Japanese maples, which all grow in Canada, and azaleas planted throughout the garden, Itabashi’s official flower.

Located at Tansley Woods, the garden is behind a community centre and near a library, seniors residence and in a place easily accessible to the public, which lead to a lot of excitement as the garden was installed. During construction, the project team commented that many citizens would come up to the fence and ask what was going on says Lyng. 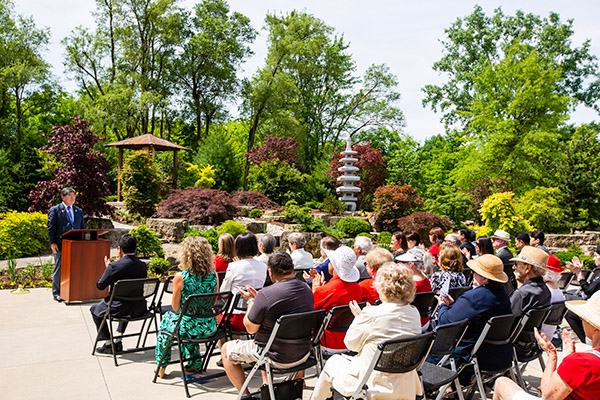 Since opening on Canada Day, the garden has become a well loved space in the city, that represents a 30 year friendship between the two cities across the world.

“It has a lot of symbolism for me and the relationships that I have established, because I have many Japanese friends as a result of my activities with the twin city agreement,” says Lyng. “So when I see the garden, I reflect on the friendships I have and the experiences I had.”

The award will be presented to Itabashi Garden in a special ceremony on March 25 in Collingwood, Ont.