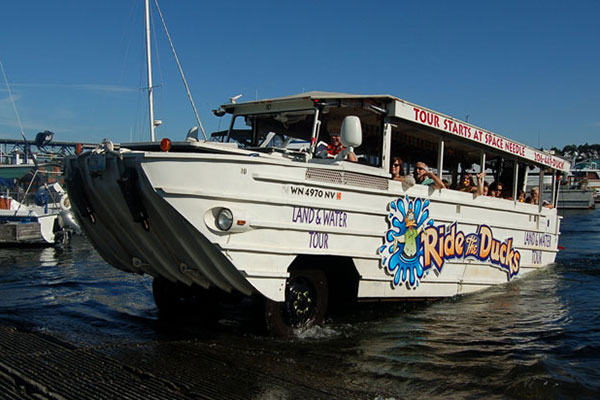 An image of the Duck Boat, the amphibious vehicle, that collided with the bus in Seattle killing four students. Photo courtesy: Ride The Duck.

SEATTLE – A Japanese student is among four who were killed in a bus crash in Seattle on Thursday.

An amphibious tour vehicle strayed into oncoming traffic and collided with a tour bus that was carrying a group of international students. The collision injured dozens and left four dead among them students from China and Japan.

The accident occurred late Thursday morning near to the Aurora Bridge that connects the city centre with northwest Seattle.

The “Duck” vehicle has six wheels and was once used by the U.S. Military during the Second World War. It was repurposed for use by the public for tours in bays and along rivers.

The students were part of an international program with North Seattle College, Melissa Mixon, a spokeswoman for the school, said.

The Japanese Ministry of Foreign Affairs has yet to announce any information about the Japanese student.

“Seattle had a terrible tragedy today,” Seattle Mayor Ed Murray said in a statement. “There has been loss of life and dozens of injuries.”

Officials are currently investigating the cause of the crash.