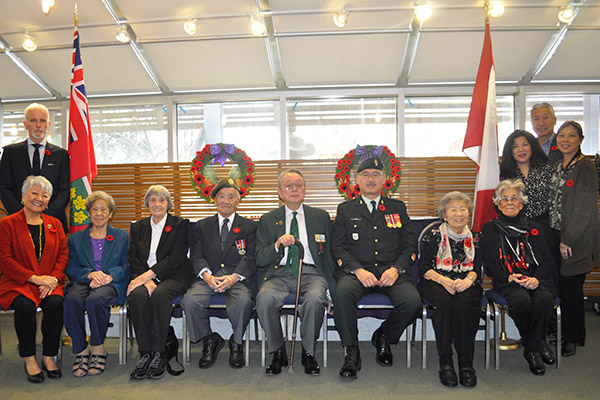 Two Nisei veterans and one Sansei veteran, along with their families, friends, descendants and community members attended the ceremony in the centre’s Heritage Lounge. The formal portion of the event included remarks from JCCC President Gary Kawaguchi, Jan Nobuto, Ode to Remembrance was recited by Lydia Yatabe and reading of In Flanders Field by Timothy Takasaki. 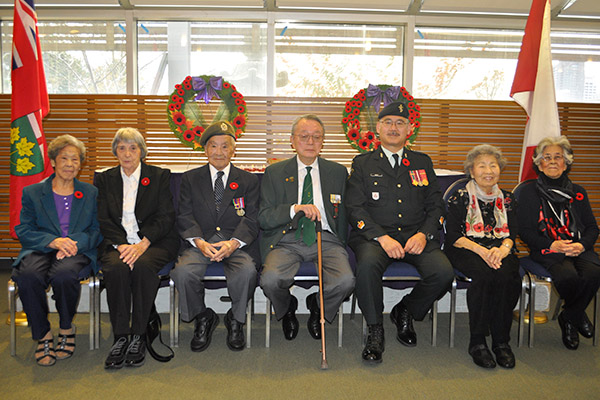 As well, Nisei veteran Frank Moritsugu gave an enthusiastic speech about his recollections during his service in the Canadian Army during the Second World War. Following the formal portion of the event and after photos were taken, guests caught up with old friends over a bento lunch.

The event was noticeably smaller than previous years, as the number of Nisei war veterans in attendance has dropped significantly. Just over the last year, the Toronto community has lost three Nisei veterans, Roy Matsui, Ray Takeuchi and Mickey Nobuto. 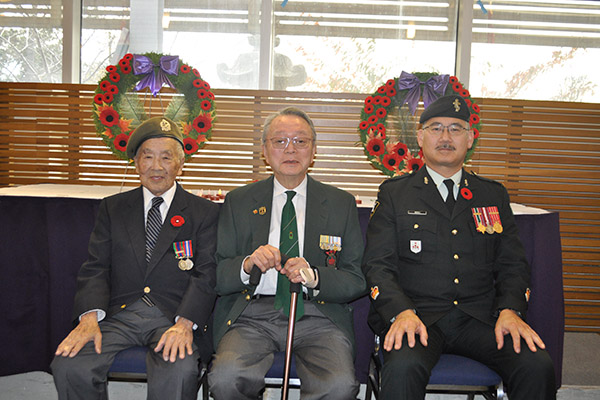 JCCC Heritage has put together the display, S-20 and Nisei Veterans Reunion in the heritage lounge with photos, documents and memorabilia from the Second World War for anyone who is interested learning more about Japanese Canadian veterans.

To learn more about Japanese Canadians efforts during the World Wars, read our article: here.

Frankly speaking: Will I give talks in the coming year? ‹ Nikkei Voice | The Japanese Canadian National Newspaper


[…] Carrying on the legacy of Japanese Canadian war veterans […]