Weekends are a breath of Fresh Air for CBC Radio listeners.

Early on Saturdays and Sundays, CBC Host Mary Ito brings a three-hour program that discusses everything from the best books to serious health issues. It’s a chance for Canadians to cast aside stories like Rob Ford for something new and fresh on the airwaves.

As a journalist, Mary has spent most of her career on television hosting shows like “More 2 Life” and “Second Opinion” on TVOntario, but it’s on the radio where she’s found her true voice.

“It’s always an intimate image,” Mary said during our interview inside of the CBC building in downtown Toronto.

“There is someone listening on the other end either in the kitchen or maybe they’re in the car, and I love that about radio,” she said. “I’ve worked in television too, but radio to me is more intimate as it’s a close relationship between you and that listener.”

This kind of close interaction she describes allows radio announcers to beam in anything from hourly news updates to radio features directly into the homes of listeners. Fresh Air allows Mary to find stories from around the world to help inspire her audience. She just recently returned from her latest trip to Copenhagen, Denmark and sat down with Nikkei Voice to talk about her career as a journalist. 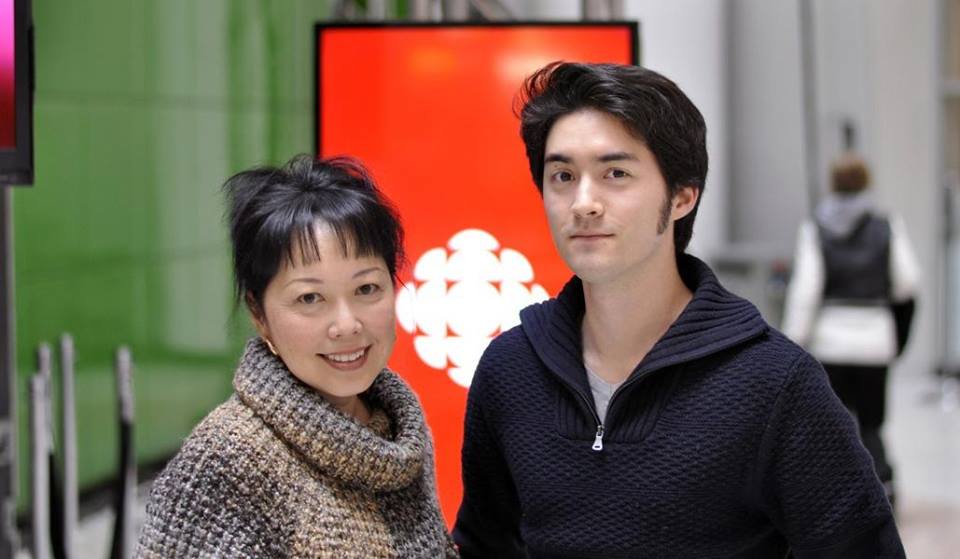 Mary Ito and Matthew O’Mara inside of the CBC building in Toronto.

Living the news in Toronto

“It was unintentional, which I’m always kind of embarrassed to say because there are people who are like, ‘Yes, I was ten and I knew I wanted to get into it,’” Mary said about the beginnings of her career.

“I was actually thinking of becoming a teacher or a librarian because I’m really into books. When I got to UofT, I thought it would be interesting to work for the campus radio station or write for the paper,” she said.

At first, Mary wrote entertainment stories like movie and theatre reviews, but soon she found herself shifting her focus to radio. Her work in university is really what spurred her to start thinking about a career in journalism.

Graduating from the University of Toronto with a degree in English, she moved on to Ryerson’s Radio and Television program.

“I was only there a year because I was offered a job only after being there for a year,” Mary said, “So I never completed the Ryerson course and I got a job at CFRB.”

Ever since then, Mary has moved from medium to medium working at a number of news organizations, but for her one topic has remained constant.

Working on a daily report for Global TV called “Health Matters”, Mary found that she had a particular interest in health stories.

Outside of her work as a journalist with the CBC, Mary also works closely with the Centre for Addiction and Mental Health, the MS Society of Ontario, and the Hospital for Sick Children.

Bringing awareness to the many health issues Canadians suffer from is a cause she champions.

Over the past few months, CBC has been covering the rise in cases of university students suffering from mental health issues. On Fresh Air, Mary has spoken to university psychologists and professors to help explain why more than ever students are reaching out to campus help centres.

“It’s just a huge concern for students trying to handle different issues like depression or maybe they are dealing with schizophrenia or bipolar disorder,” Mary said.

“Just from the interviews I’ve done and talking to people who work in this area – psychiatrists, psychologists, and councilors – they are seeing more and more students showing up at those campus clinics seeking help… more than they can handle.”

Stress, anxiety, pressure of the Canadian economy and job market, there are too many reasons why students are under more intense pressure than ever before; however, there’s also been a lot more outreach.

What’s helped students come forward with their mental health issues is a change in awareness of these issues. No longer are students asked to just take it, they’re asked to speak out about it and reach out for help.

Like with most forms of journalism the landscape has changed as well. People from around the world are able to immediately interact with her through Facebook, Twitter, and the CBC’s website, and this in turn expands the coverage stories like this receive.

Journalism is now a way not only to present the news, but a way to help get more awareness for causes and to help educate the public on issues like mental health.

For young people, using social media is a snap. A photo on Instagram can be instantly shared with millions of people, and you can imagine the kind of pressure this puts on Fresh Air.

Alongside CBC’s radio presence, all of the shows on their channel are broadcasted online for international audiences. Mary says she has everyone from Italians to Saudi Arabians emailing in to talk to her about the issues she covers in her show.

“While the show is on I’m checking my Facebook, email, and Tweets,” Mary says. “It’s all of these different platforms now that we have to manage.”

Journalism is an industry that requires being outspoken online and in the real world. For Mary, being Japanese Canadian has helped give her perspective on what it means to talk about serious issues whether on the radio or on social media.

“The stories that are untold are just as important as the stories told, and that it’s very often up to us as journalists to look at those untold stories and to dig,” Mary says referencing the culture of silence surrounding the internment of Japanese Canadians during the Second World War.

“We’ve grown up in a age where it is valued to be outspoken,” she says. “Back then, it was seen as to be good to be stoic and to be reticent, and to not complain about things. I don’t think it’s right of me as an older generation to say, ‘That’s wrong you should have spoken up.’ For me, it would be a shame if nobody ever did speak up about it and nothing was ever done to put forward that history, and then it would be lost.”

Speaking with her father about his internment experience was one of the most eye-opening experiences for her in learning about Japanese Canadian history.

During the process of Redress, she found herself wanting to learn more about the struggles her family faced during that period in time.  As her father was a quiet man and her mother was from Japan, Mary never really asked about their experiences.

As with many Japanese Canadians, the more they learn about the internment experience the more vocal they become about protecting others from the injustices their families experienced in the 1940s and 1950s.

In an email correspondence, Mary Ito was able to answer a question that was asked during the interview. She shares with us some of the most powerful interviews she conducted as a reporter for the CBC. Below is her response:

“There have been so many wonderful interviews over the years, but I’m not sure if any one of them has been a defining one for me. When I look back though at the ones that have been most memorable, I see they share a common quality:  the ability to transcend time and place and yet at the same time bring the listener into that exact moment so he or she can experience that moment too.  What immediately comes to mind are these conversations:  a British man who was held prisoner in Iran for months and described his experience with powerful clarity and immediacy;  A passenger on a plane that went out of control, giving her “final” thoughts before the crash. Thankfully it never did crash but miraculously landed safely; and the hold-your-breath moment a Toronto writer was told his first book would be published which allowed him to quit his factory job.  Those are just a few interviews that come to mind.”

i am an avid listener of your fresh air weekend program. i would dearly love to listen to a repeat broadcast of your program during the weekend ie sat. evening with only the interviews (a condensed version)? would you convey my request to the decision makers at cbc?

i so look forward to listening to you, ms. ito and those who cover in your absence.


Collen, I know this is like 4 years late, but I’m also have been an avid listener since I always looked at Mary as an Oprah and really connected to the educational and entertainment value. I taped mabee 20 % of the shows and refer to them time to time, to time especially on the one dealing with New years Resolution and tech and shopping like I said Collen it has been a valuable education- a gift that keeps on giving. I wish you would have though of recording the show on my pc sound recorder.


dear ms. ito I was just listning your interveiw Dr herber about the book I would be very mutch in reading it