Celebrating the New Year with Osechi 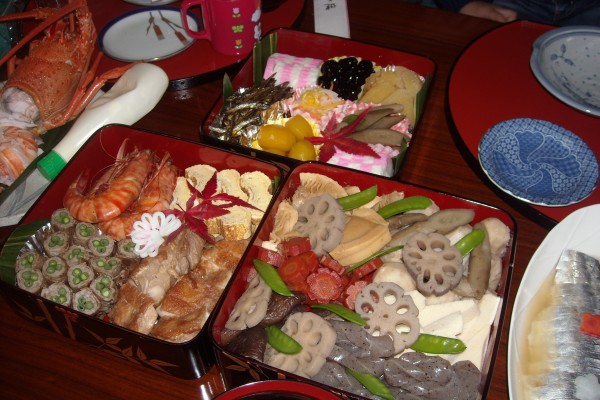 “I don’t wanna eat kuromame anymore!” I used to say on New Year’s morning when I was a child.

Kuromame is black beans boiled very sweetly.  It is one type of osechi, a traditional set of New Year’s food in Japan, recognizable by its variety of colours.

Osechi consists of ten to twenty kinds of food served in three or four boxes.  Each food in osechi has different meanings. For instance, kuromame represents the hope that we are able to work hard and be in good health during the coming year.  In my region, it is customary to eat the same number of beans as your age.

I was complaining to my mother that it was unfair that I had to eat beans of the same number as my age even though my grandfather ate only ten beans. After all, I don’t like kuromame. 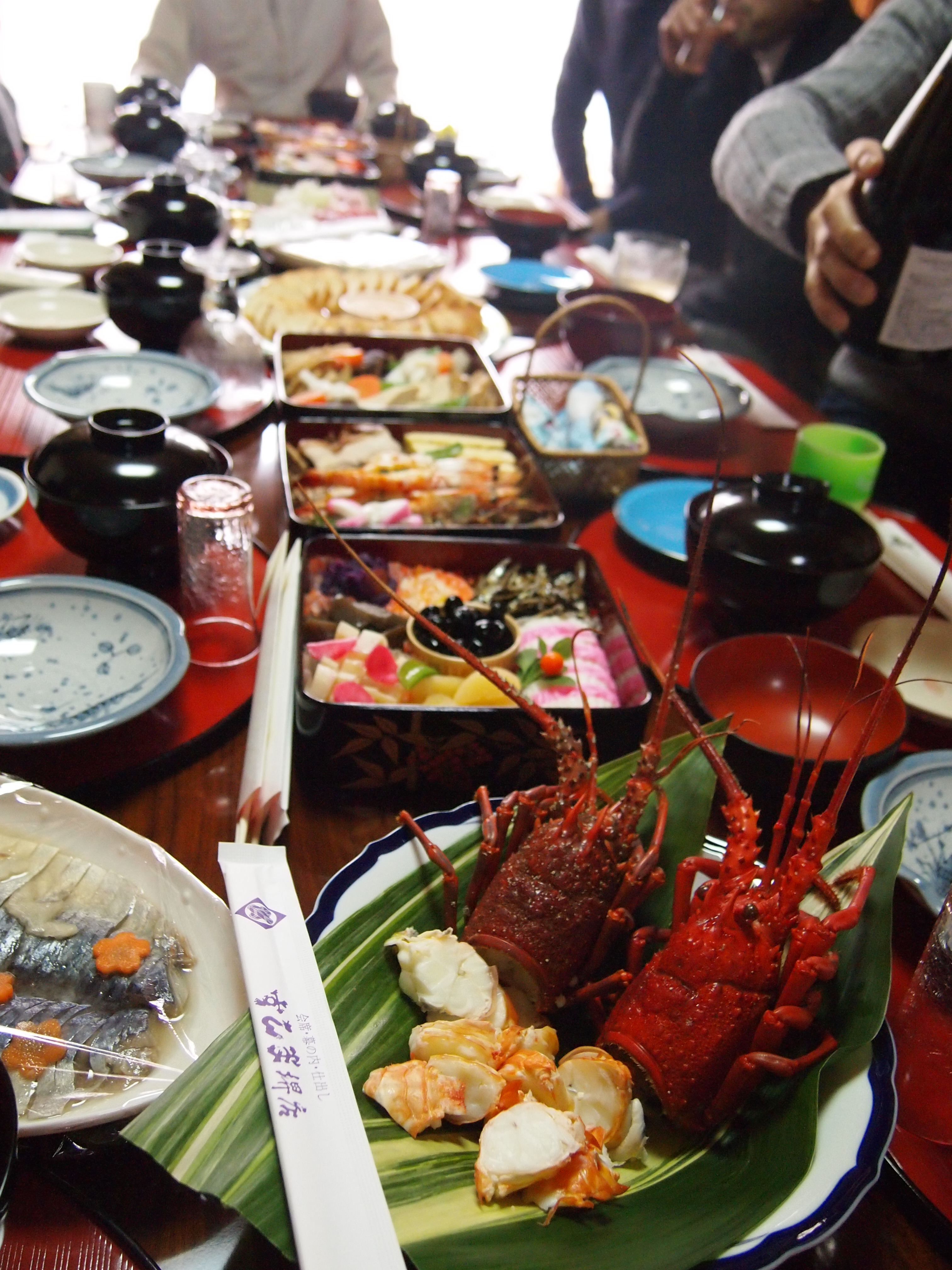 I love the culture of New Year’s in Japan.  The enjoyment starts with omisoka or New Year’s Eve. We make osechi.  My grandmother and her daughters usually begin to make it on the 29th of December since it takes us at least a few days to finish cooking it.  I help them too.

I like omisoka since I am in charge of decorating all food that day.  Various dishes such as herring roe are yellow, shrimp are orange, kamaboko are white and pink, and chestnuts are gold.  I put them into three osechi boxes to make them look nice, while snitching some kamaboko.  At the same time, we cannot forget to prepare the soba.

We eat soba in the evening of omisoka.  Soba has a special meaning: just as noodles are easily cut, we cut off the disaster in the coming year.  Of course, I didn’t think about its meaning at that time, but eating soba was necessary to start off the New Year.

Then in the New Year, my grandparents, parents, a brother, uncles, aunts, cousins and other relatives all get together.  Usually, about 20 people gather in my grandparents’ house. 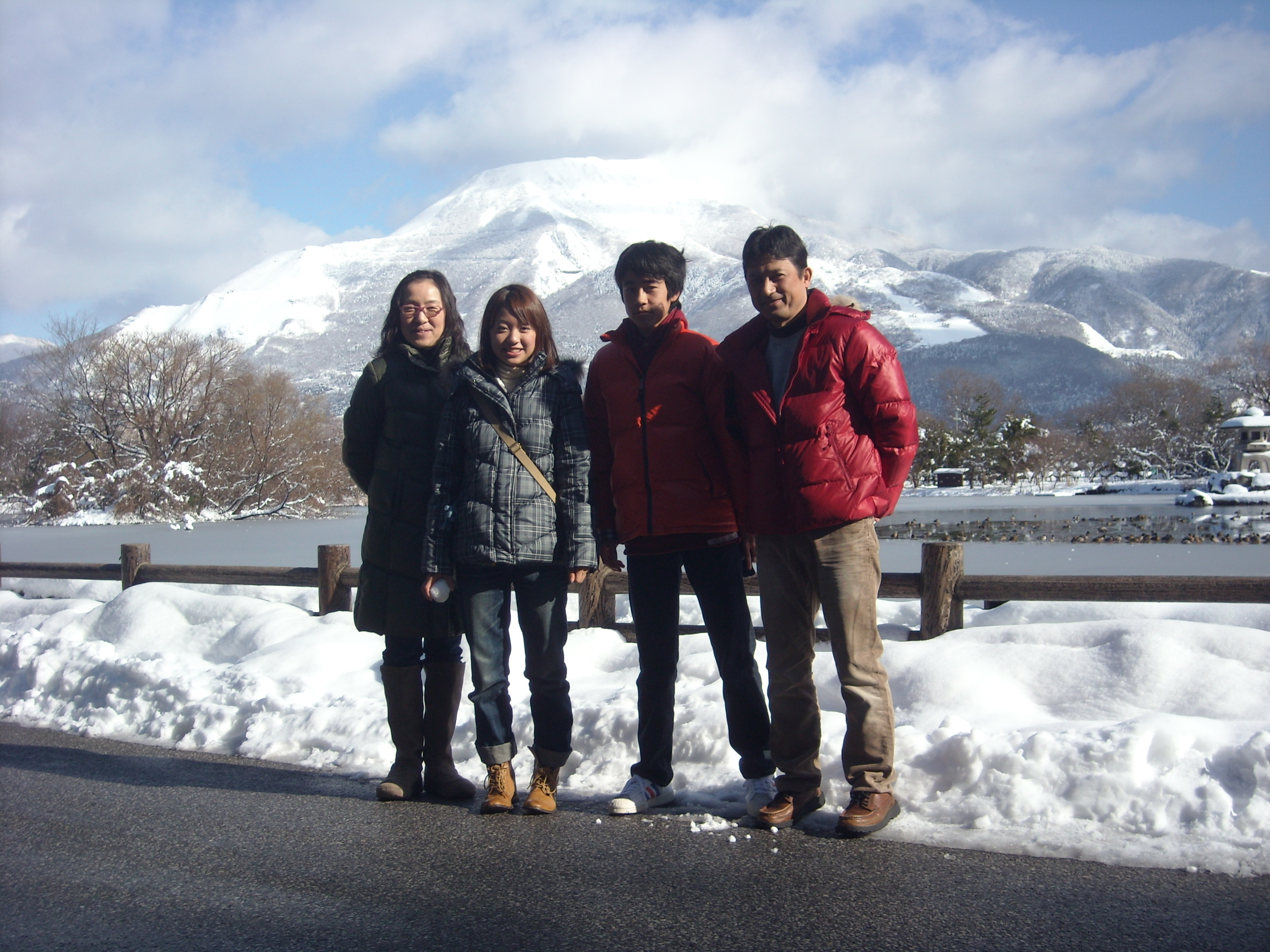 Before the meal, my grandfather greets us.  He says that he hopes that we are all happy and healthy as we were last year or something like that.  Fortunately, his speech is not so long and we can start to eat osechi.  It is the most delicious and splendid dish of the year.  As the adults eat osechi and drink Japanese sake, they give otoshidama, a special New Year’s allowance for children.  It was a real pleasure.

For a few days after New Year’s day, we still eat osechi, nabe, sukiyaki … we make a feast every day!
I want to serve ice wine that I bought in Canada to my family next year.  Even though it is a pity that I need to give otoshidama to my little cousins, I am still looking forward to the New Year!

As you may know, washoku  (Japanese traditional dishes) was registered as a World Intangible Cultural Heritage early this month.  When Japan applied to UNESCO, they made washoku a custom based on our respect for nature, not only the food itself. Washoku, including osechi, is closely related to our life and culture.  We enjoy eating osechi and hand down the culture from generation to generation.