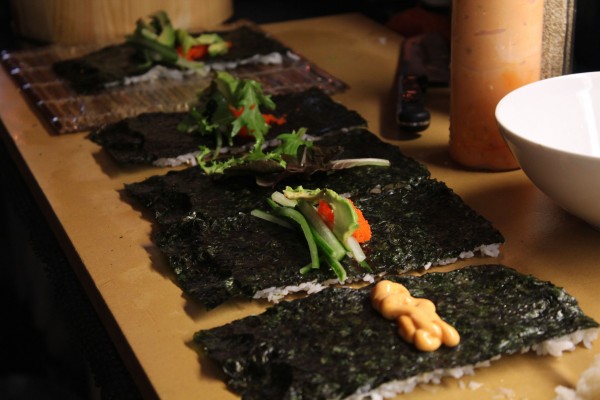 Koiya originally opened about three months ago, but only after going through a major renovation both inside and out. You should see how the restaurant looks now.

The restaurant has an airy patio and amusing interior decorations. Inside there’s a big clock with a red carp and there are also suspended colourful carp streamers called Koinobori hanging from a ceiling. In Japan, Koinobori are decorated outside of homes on May 5th, this festival for boys is called Tango-no-Sekku. It’s a day that celebrates the boy in family and one that wishes that he will grow up healthy and strong-willed.

Both Andy Ly and Eric Wong are the owners and main chefs of Koiya. We had an opportunity to talk with Andy during our time there.

“I worked at a Sushi restaurant at Yonge and Eglinton, learning how to make Sushi,” Ly says. “Though it was rather difficult at the beginning, I tried to learn by observing other chefs and I gradually got accustomed to it.” Andy continued, “Actually I opened Koiya Izakaya, thinking about Japanese Pubs. I named “Koiya” because we associate Japan with fish shops.”

A number of regular customers live around Koiya. The reason that they like Japanese food is that it’s healthy, especially Maki, which is the most popular among them. But Andy personally recommends “Braised Beef Tongue Shio”. 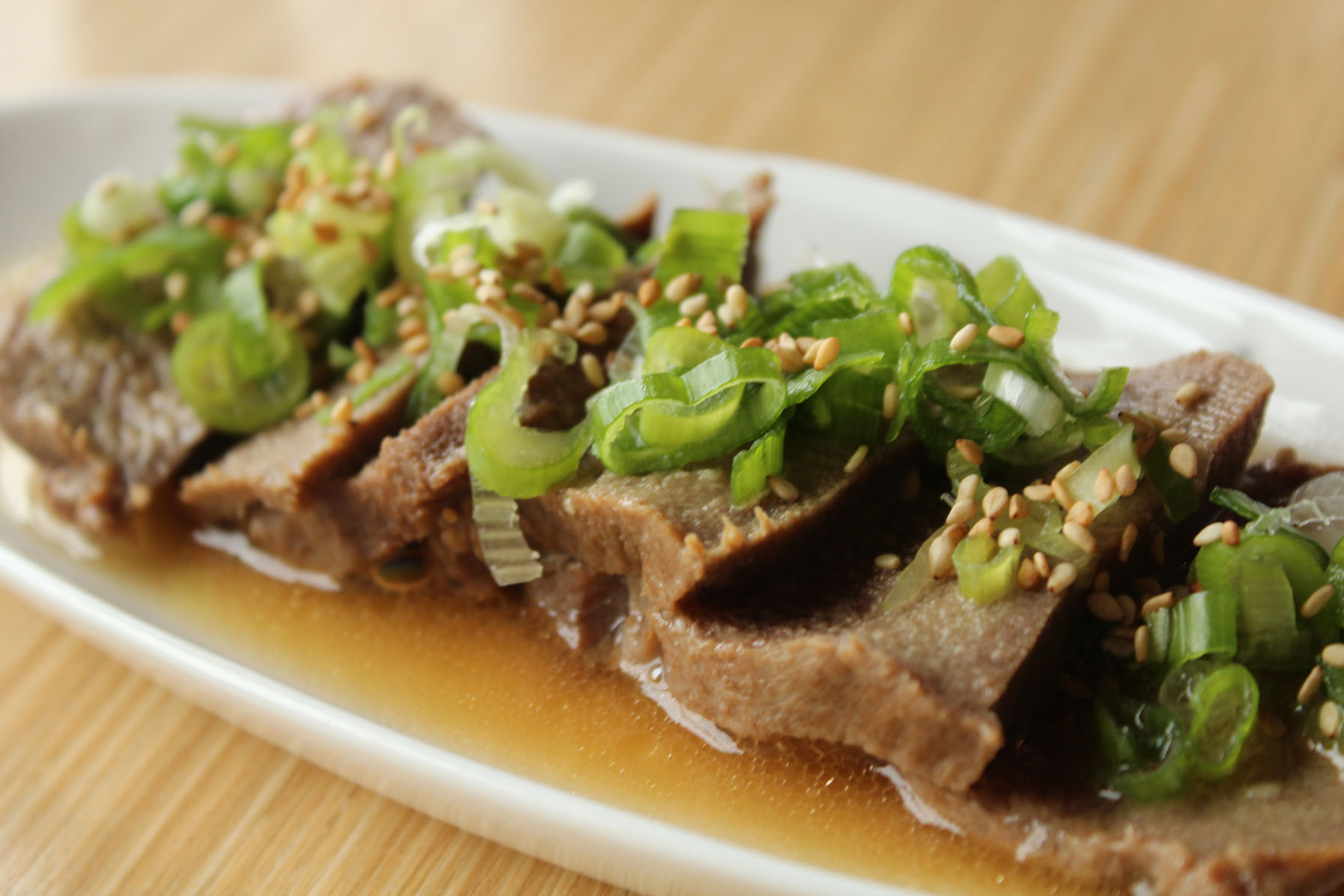 The beef tongue is braised for two hours. Although the taste is light, it soaks into the meat making it juice and tasty. It is served thickly cut and also has chopped green onion and sesame on top. When I bit into it, I could taste the broth and a slight hint of Miso. It tastes very good.

My personal recommendation is the “Cheese Cake Tempura”. Cheesecake is deep-fried with a light tempura batter. Condensed milk is put on it, as well. It is served with red raspberry, whipped cream, and three kinds of ice creams, taro, black sesame, and green tea flavor. 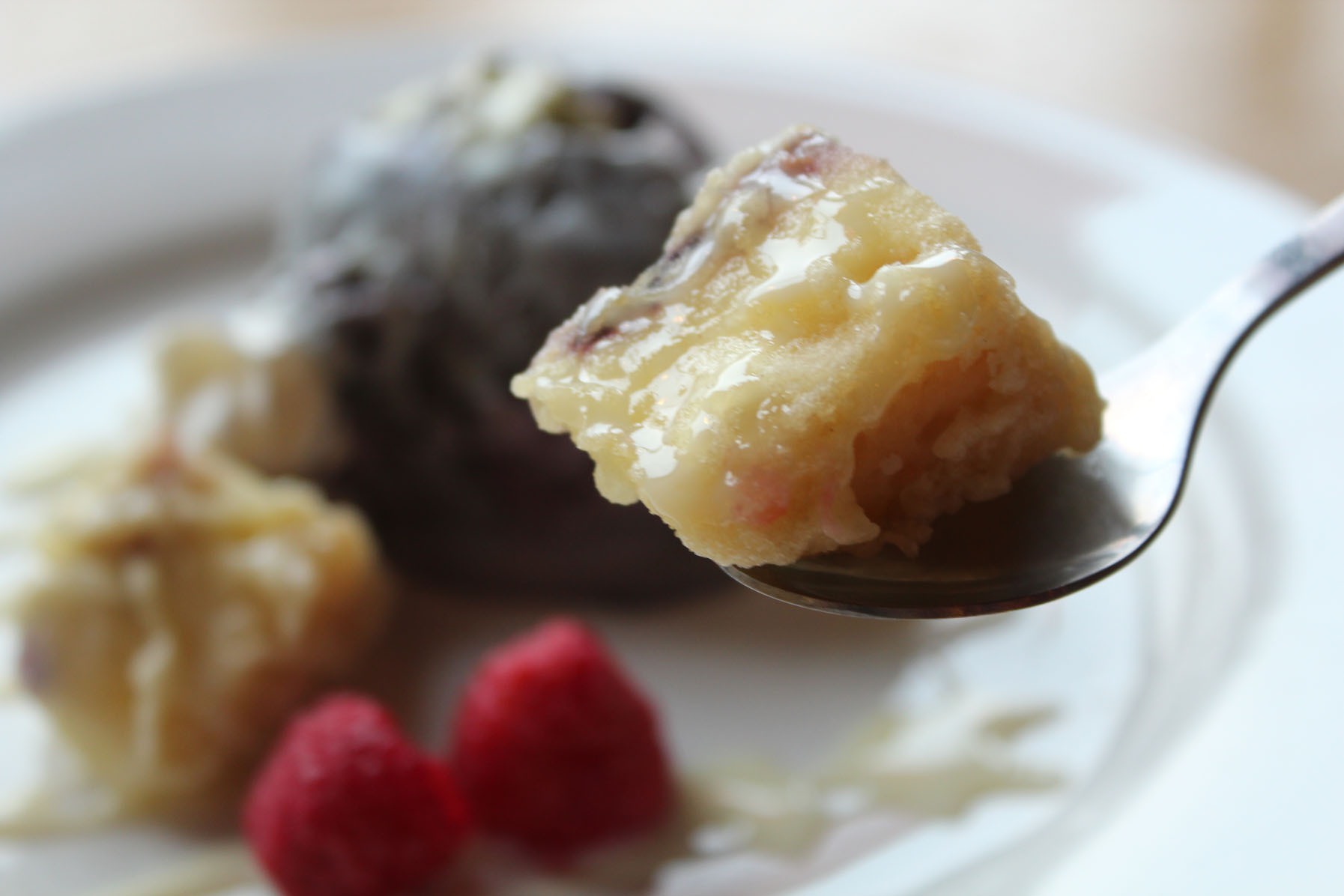 The cheesecake melts in your mouth and has a rich cheese flavor. I could taste the distinct flavors of each ingredient, so that the ice cream was light on the sweetness. This is one of my favorite deserts.

“We take out what people don’t like from the menu,” Andy says. “And we keep what people like.” “Blue Dikon Salad”, a new dish, will be put on the restaurant’s menu after October 21st.
The salad is made with rare steak on the green vegetables and dikon, radish. It has the crunchy texture of vegetables. The rare meat was tender and rather sweet. The contrast of colours, red of the meat, green of the egetables, and white of plate, is very beautiful. 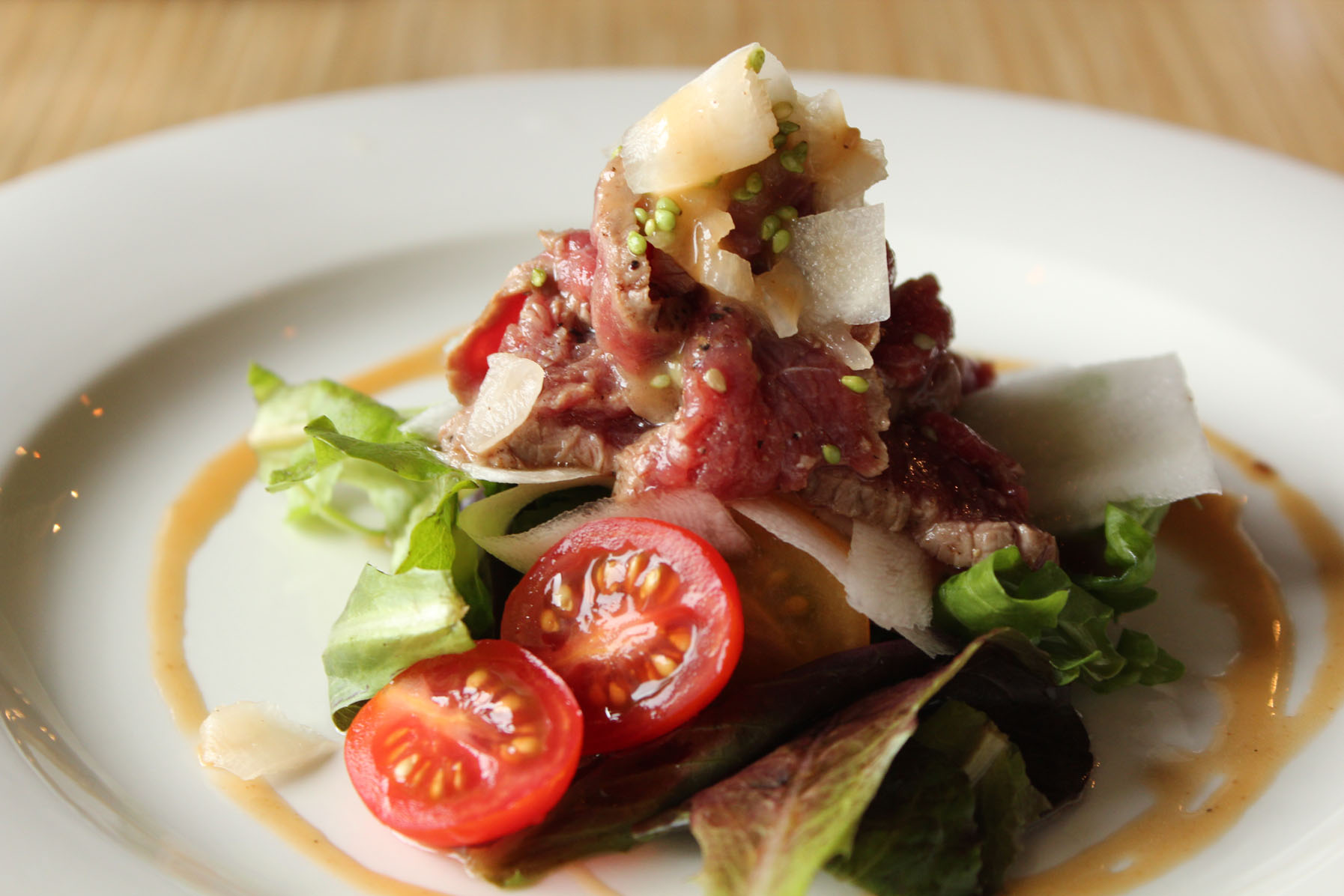 We recommend Koiya to you and want you not only eat the delicious dishes, but also see Koinobori on the ceiling.