Christmas is about building memories with family 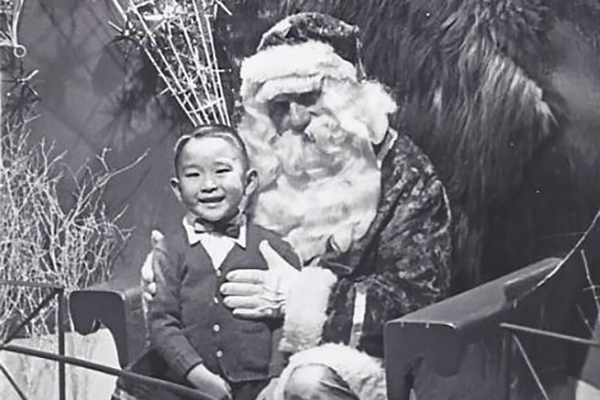 I am getting tired of people saying that Christmas is too commercialized and that there is no more Christmas spirit.

It is true that we get bombarded by advertising on TV and in stores as soon as Halloween is finished. It is also true that there is a lot of pressure on children to ask for presents that are touted to be better and more improved when what they are is more expensive. This pressure is passed on to the parents, who don’t want their children to be worse off than the neighbors. I am not surprised by the negative feelings generated by living in the age of consumerism.

Christmas is what we make of it and I love it because some of my fondest memories revolve around the holiday.

When I was growing up, we celebrated Christmas like any other family. Like most Japanese Canadians after the release from the internment camps, we didn’t have much but it didn’t stop us from celebrating Christmas.

We never felt deprived or envious, because my mother and father wouldn’t let us feel that way. One of the advantages that we had was our wonderful parents. Both of my parents had positive attitudes despite the difficulties they both had to endure. And we all had each other.

When I was five and my brother Dan was one, my mother made us dress up in our best clothes for a photograph that was to be taken by my friend, Robert Foyer’s older brother. He was an aspiring photographer and didn’t charge us a fee. It is my favorite photograph of us together. I always thought that my mother looked beautiful and my father looked handsome. I am not sure where we posed for the photo.

That Christmas was one of my favourite Christmases.

Both of my grandmothers had sent underwear and socks. My uncle Stan (Toshio) Takahashi worked for a company called Zenith Electric as a television repairman. The company had a special on television sets and was promoting the Space Age with a silver cardboard punch-out space helmet.

We didn’t get a television set, but I got the free promotional cardboard space helmet. My parents bought a toy radar set for me that cost a dime from Kresge’s. That was my big haul at Christmas. There was a budget of ten cents, but at the time, I thought that it was a wonderful Christmas. 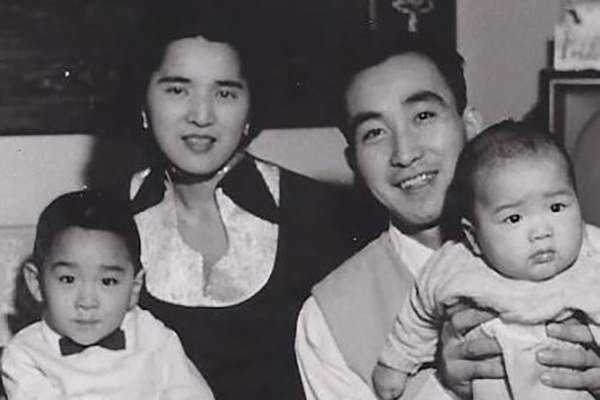 Another highlight was spending time with family and my mother and my fathered pictured here. Photo courtesy: David Tsubouchi

Before Christmas day the highlight for me was when my mother took me downtown to look into the windows of Simpson’s and Eaton’s. I got a chance to see all the wonderful Christmas displays with toy trains that were running and all kinds of amazing toys. Looking didn’t cost anything and neither did wishing.

My mother took me inside and we rode up the rickety escalator to Toyland in Eaton’s. My eyes almost popped out. We waited in a long line to ride on the train ride that circled the North Pole. We saw elves working in the workshop in the snow. It was the best ride in my life.

After the train ride I lined up to see Santa Claus. I think I was too excited to tell him what I wanted for Christmas. When I got down from his lap the elf gave me a Christmas book about Punkinhead. Punkinhead was a little bear who wanted to be in the Santa Claus parade. I wish that I still had that little book because when I mention it to my daughter, Jacquie and grandson, Ethan, I get amused looks.

Although we really couldn’t afford it, my mother had decided to give me a special treat after all my excitement at seeing Santa and getting my Punkinhead book. She took me to the Arcadian Court where she bought a hot dog and a Honeydew orange drink that we shared.

My father always seemed to be able to get a Christmas tree no matter how challenging the finances were for the family. My mother had accumulated some decorations, but we had a lot of fun making paper chains to put on the tree and Christmas balls made out of popcorn.

One thing I don’t remember was having a turkey dinner that year. I am sure we had a nice Christmas meal, but I the way I love a turkey dinner with stuffing and mashed potatoes with gravy today. I certainly would have remembered it if we had one.

I do recall in other years my father bringing home a free turkey that he had received at Honest Ed’s. I definitely remember the turkey dinner from those years.

Eventually my father was able to use his savings that he had accumulated working as a dry cleaning presser to buy Apex Cleaners where he had been working for many years. Our Christmas became more normal as the Tsubouchi’s pursued the Canadian dream.

What I had learned in those years when we had very little is that we had each other. That to me is the true miracle of Christmas – the ability for us to find love, comfort and security in family and friends.

No matter our circumstances, as time passes and we age and lose friends and family, the memories that we create will continue to sustain us. Christmas is truly about the human spirit.