Dance With Me receives standing ovation at TJFF 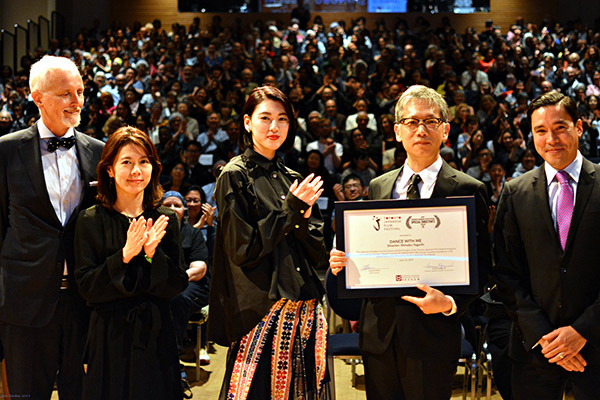 TORONTO — The Toronto Japanese Film Festival (TJFF) hosted the world premiere Dance With Me, to a sold out crowd, nearly two months before the film is set to premiere in Japan.

The film was met with an overwhelmingly positive response and standing ovation that brought the film’s star, Ayaka Miyoshi to tears. Miyoshi and the film’s director, Shinobu Yaguchi, were in Toronto to introduce the film and answer questions from the audience following the screening on June 10. Before the film premièred, the director and star sat down with Nikkei Voice and a translator to talk about the film. This was the first time the film was shown to an audience anywhere in the world. The film does not open in Japan until Aug. 16.

“I’m nervous, but I know this movie makes everyone happy, including foreign audiences,” said Miyoshi. “So I hope the audience can enjoy the film.”

“In Japan, most people haven’t seen the film yet, so if audiences laughs at certain scenes I’m quite sure that in Japan the Japanese audience will enjoy the same scenes,” adds Yaguchi. 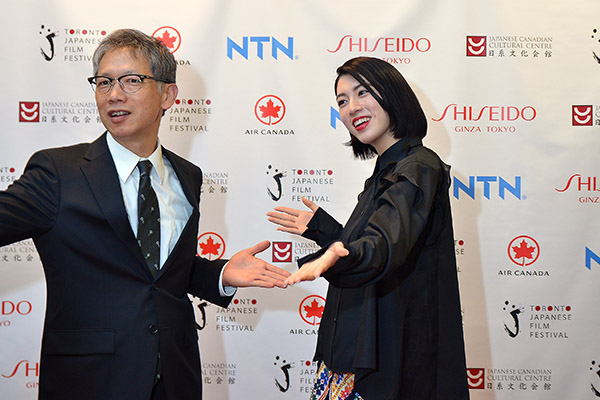 TJFF has screened each of Yaguchi’s films since its inception in 2012. The director, from Isehara in Kanagawa Prefecture, started making films in 1990, and is known for his upbeat comedies.

In his newest film, Dance With Me, Tokyo office worker Shizuka is accidentally hypnotized when she takes her niece to a hypnotist to prepare for a school musical. Now every time Shizuka hears a song, she cannot help but sing and dance in over-the-top, delirious numbers. Shizuka embarks on a cross country journey to find the hypnotist and break the spell, singing and dancing all the way. The film is a commentary on Yaguchi’s own response to musicals. It always seemed strange that people suddenly break into song and dance, but once the song is over, go back to normal life as if nothing happened, he says. 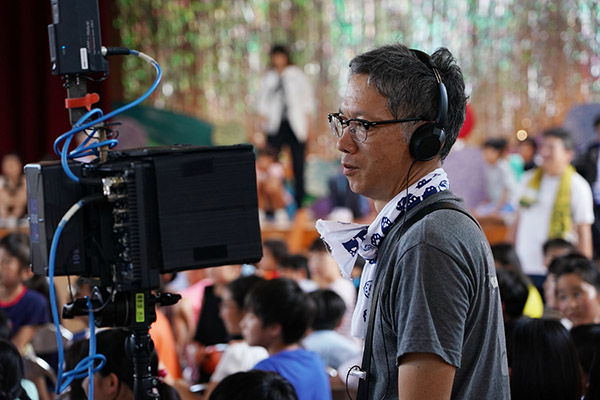 “I think it’s really sort of strange that people start singing and dancing all of a sudden,” says Yaguchi. “In Dance with Me, when the main character starts singing and dancing suddenly, the rest of the people in the film say, ‘You’re strange, you’re weird for doing that’.”

Yaguchi held auditions for the role of Shizuka in a karaoke room. He was drawn to casting Miyoshi, who is a model, TV and now film actress, for her calm and cool demeanour while acting. But when she starts singing, “she’s like a flower blooming,” says Yaguchi.

Miyoshi, who is from Saitama, grew up watching and singing along to Disney films and loves musical films, as well as theatrical plays. This was her first time working in a big musical production, and took many vocal and dance lessons to prepare for the role. While it was a lot of pressure, Shizuka was a fun character to play, she says.

The film is joyous, fun and fast-paced, and audiences can laugh and enjoy the dance numbers, cringe at Shizuka’s embarrassing moments and laugh again as they watch Shizuka break the spell and hide her crush on her handsome boss.

“It’s a very fast-paced film, and these things keep happening and it is like you’re on a rollercoaster,” says Miyoshi. “So you can feel like you’re on a ride and going through a lot of attractions, and you can probably enjoy the whole movie that way.”

One song that Ayaka Miyoshi told Nikkei Voice she cannot help but sing and dance to Nerai Uchi by Linda Yamamoto. Watch the video below of Miyoshi dancing to the song in Toronto, Niagara Falls and Shanghai, see if you can recognize the landscapes!