Texting while walking: A growing issue in Japan

Do you know how many Japanese people have cell phones? Too many.

The total number of mobile phones has exceeded the total population in Japan, meaning that when the population level was compared to the ratio of cell phones in Japan, it was 100.1 per cent according to the Ministry of Internal Affairs and Communications in 2011.

One of the reasons that the number of smartphones has increased is because nowadays, many Japanese people have two cell phones.

One is a phone used for texting and calling and the other is used for emails, the Internet and the millions of apps available at the fingertips of Japanese consumers.

Therefore, one big issue has been arising in the busy cities of Japan, which is so-called texting while walking (TWW).

People are actually writing and browsing on their cell phone while they’re walking without looking up and seeing their surroundings.

This has caused problems, like people bumping against each other and falling down, looking quite foolish in the process.

According to the Tokyo Metropolitan Fire Department, 122 people needed medical transportation and one person died because of TWW from 2010 to 2013.

The one matter that led to a death was due to TWW into a railway crossing before being hit by a train.

Thus, TWW makes people completely defenseless and unfortified. In regard to criminal cases, one woman had her bag snatched away on the road by a thief. The carelessness TWW brings with it causes these problems.

Looking at the numbers, 86.8 per cent of Japanese people have been guilty of TWW in the past according to LiviGen Inc. in 2013.

In all honesty, I have done this as well, but I start becoming afraid when all of the other pedestrians start walking without looking up, like in Shibuya, Tokyo.

This video by the cell phone company NTT Docomo Inc. poked fun at the issue.

However, some pedestrians finally seem to be realizing the danger of TWW.

According to YahooJapan!, 75 per cent of Japanese people have noticed this risk and thought that they better make rules and regulations against TWW.

NTT Docomo Inc. has provided its users with a special application that disables cell phones from working if it detects them using their phone while walking.

Moreover, there are many posters warning people from TWW’s at train stations.

In the American town, Fort Lee, New Jersey, you will be fined $85 by law if you text while walking on the road. Although it is a small town, five people have died because of TWW, so its local government made the decision to eventually enforce the law.

It appears that the Japanese government might need to enforce a law like Fort Lee in the near future, unless cell phone users change their behaviour. 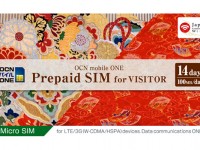