Documentary on the absence of Japantown in Canada 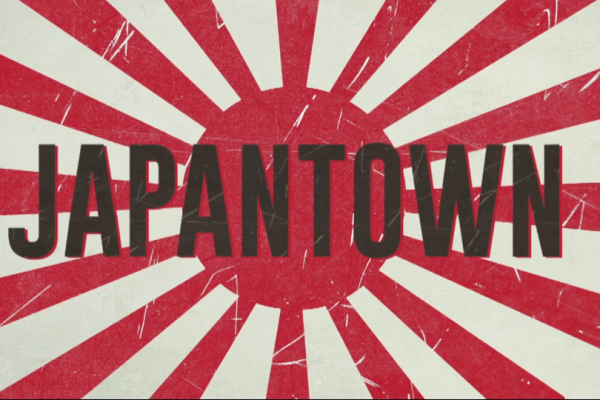 Why doesn’t Toronto have a Japantown?

It’s a question that documentary filmmaker Ken Galloway has been asking himself for years.

As someone who has lived in both Japan and Canada, Ken has a unique perspective on what is really means to be Japanese Canadian in 2013. 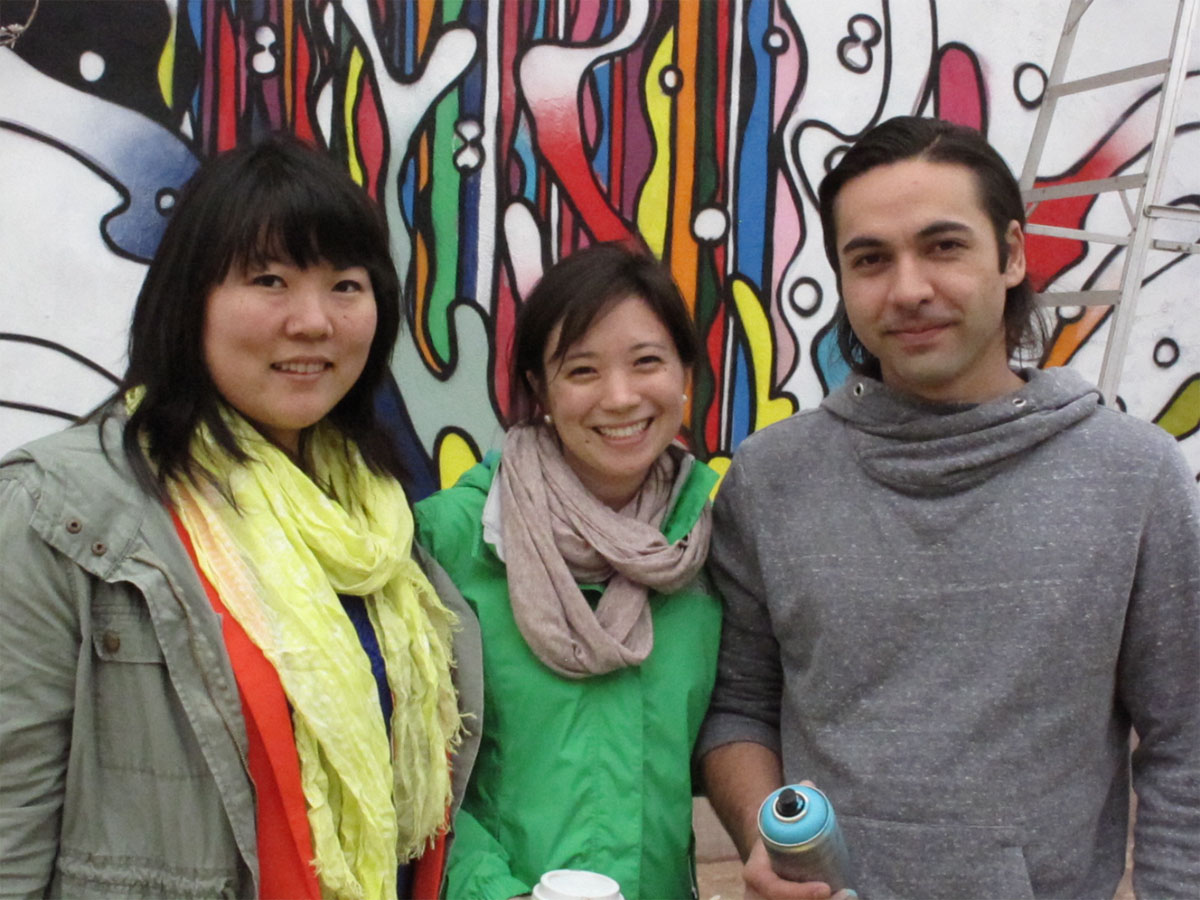 Ken Galloway, on right, stands with Lindsay Tsuji and Jessica Whitehead, left
and centre, in front of the giant Japantown mural painted on the side wall of the Sanko Japanese store on Queen St. west. Photo courtesy: Mel Tsuji

Returning from Japan, Ken found himself wanting the little things from his second home. The food and soft drinks were small things he missed, but there was something a lot deeper that struck him, which was the origin story of this:

As Ken began to research for this documentary on Japantown in Canada, he found there were more than just a few reasons why one has yet to appear in many Canadian cities.

“As I grew older, I grew to learn the political and historical factors that lead up to it,” he says referring to the internment of the Japanese Canadians.

“This new generation needs a new reason to get involved because they weren’t alive during the struggle or weren’t old enough to know anything about it they lack a connection,” he says. “I think that I went through it and a lot of young Japanese Canadian I’ve talked to have gone through it.”

As a filmmaker, Ken  has worked on numerous projects from a documentary about a quadriplegic graffiti writer called Way on Wheels narrated by George Stroumboulopoulos to directing various music videos with Canadian artists.

Ken’s experience with film has given him a medium through which to tell stories to both older and younger generations to create a age-defying bridge, which is one of his main goals with with this documentary.

Ken wants his film to help draw a connection between all generations of Japanese Canadians to help bridge the gap. 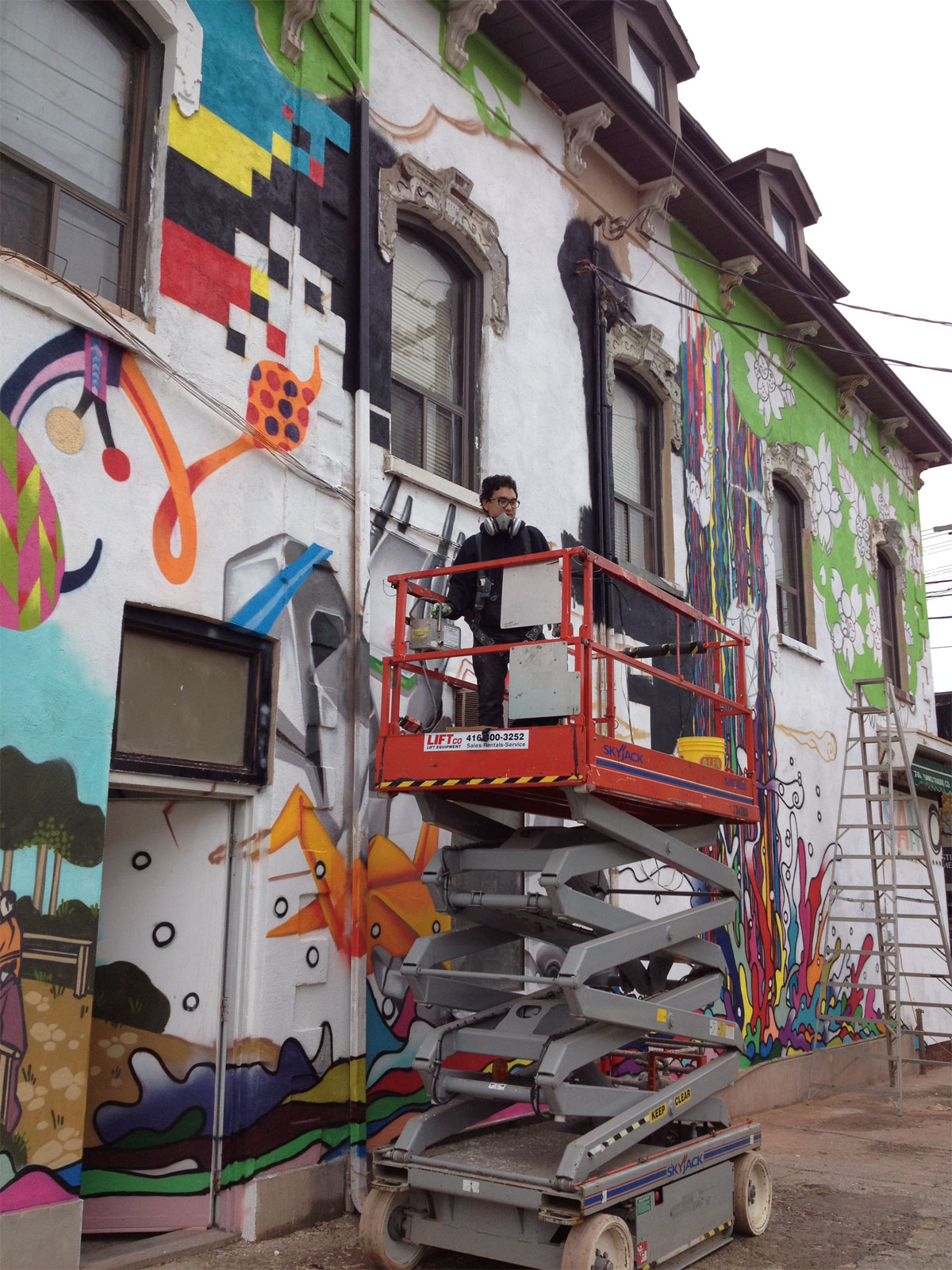 The Japantown Mural near Trinity Bellwoods Park in Toronto is just one way Ken and others are trying to bridge the generation gap.

“It’s more so just explaining and connecting the past, present, and future. Why is it today that there are no Japantowns? I think it’s important to draw that connection and look forward,” says Ken.


Seems like an interesting documentary, would definitely want to check it out and learn about this significant team!
I always thought the little ‘J-Town’ plaza near Victoria Park and Steeles Ave. was Toronto’s “Japantown” but it definitely doesn’t compare to the size of Koreatown, Chinatown, Little Italy, etc other neighbourhoods in Toronto!


J-town only came about in 1998. When I was growing up, before J-town and T&T, we got our Japanese food from places like Sandown Market, P.A.T.’s (Korean), Sanko, and a few others. I know my mom would hope friends in Japan would send hard to get items like hijiki. Back then, we would have loved to have a real Japantown, but it would never happen, at least one established by Japanese Canadians.

I am sad this documentary was unable to obtain the necessary funds through their Indiegogo campaign, although I’m not totally surprised. Japanese-Canadians are a funny bunch. I’m sansei, and I’m still trying to figure them out! I helped to support this documentary, and I really hope it gets made since it’s a story that NEEDS to be told.