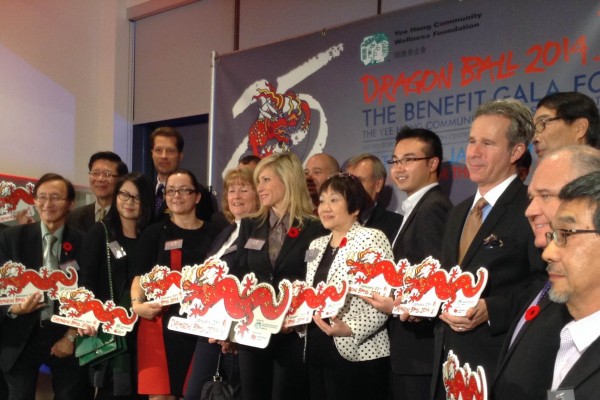 Twenty five seems to be the magic number for Toronto’s Asian communities.

In 1987, the first Dragon Ball Gala was held and now it’s celebrating a quarter century milestone. Held annually to benefit seniors in the Greater Toronto Area, the event attracts some of the wealthiest members of Toronto’s communities, but for a great cause.

While this is the 25th anniversary of the gala, it’s also the 20th anniversary of the first Yee Hong Centre at McNicoll in Scarborough. This centre provides care for seniors and also provides a lifestyle that feels just like home. The gala provided funding to Yee Hong’s three centres across the GTA.

“We are going to see a much bigger problems our society is facing in helping seniors,” said Dr. Joseph Wong, Yee Hong’s founder and chair, opening the night. “There has to be an effort between the public and private sector to help seniors.”

“The conscience of a society has to do with how we take care of our seniors,” he said. 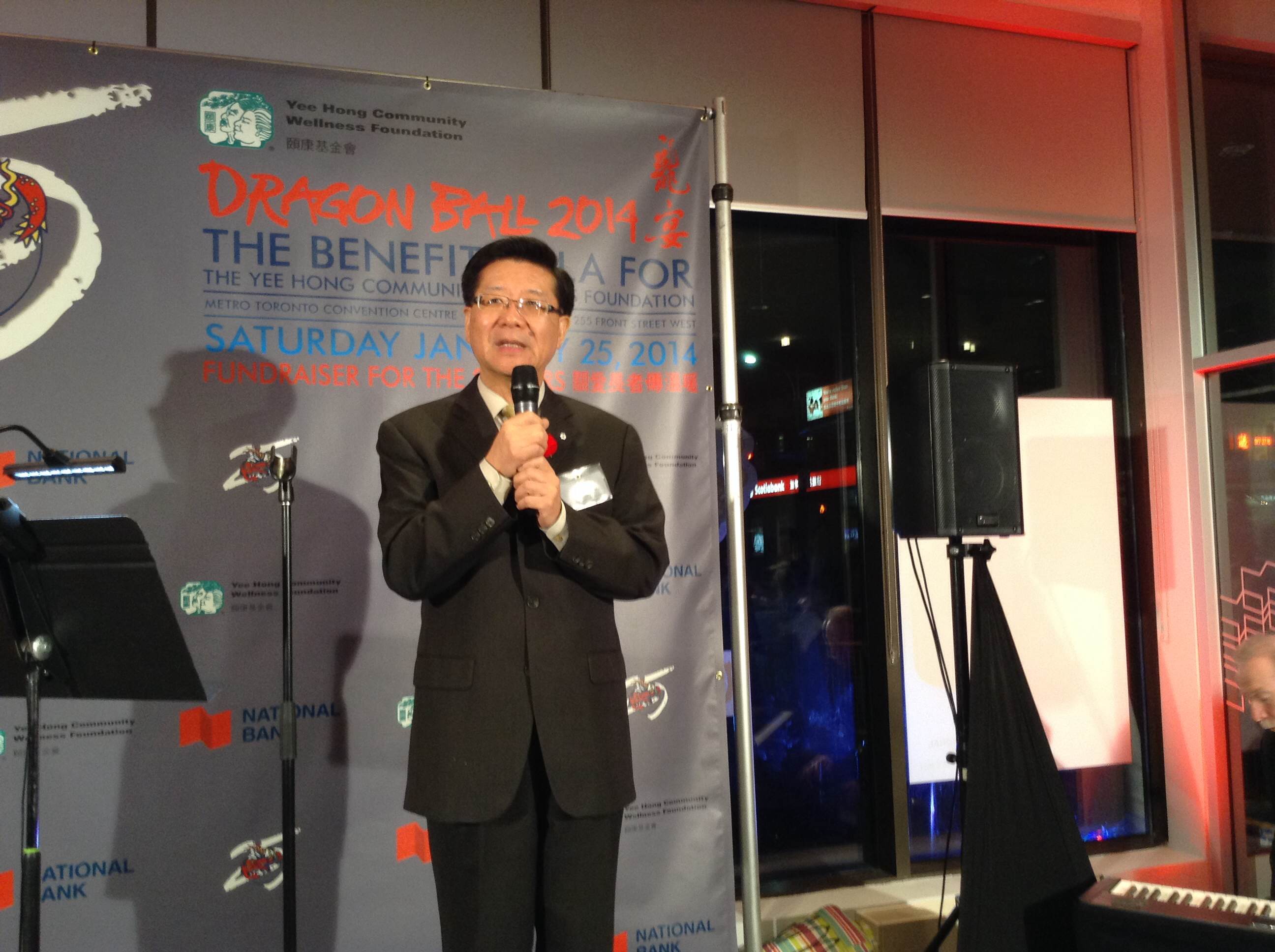 Dr. Joseph Wong at the Dragon Ball Gala’s grand opening last night. The event will be held on January 25th, 2014.

Working together with private sector corporations and community organizations, Wong hopes to bring a better sense or care to seniors and bring more financial resources to them, but a caring spirit as well.

In a press release, he goes to say that he hopes the gala will serve as a way to push for a bridge between seniors and youth, so the newer generations can help continue the work his organization has been taking part in.

“We were both invited to see Yee Hong first-hand,” said Michael Ankers, vice president and regional manager of National Bank financial wealth management, on why the bank is a sponsor of the event.

“When you educate people on what Yee Hong does, the money follows,” he said.

A number of organizations attended the grand opening of the Dragon Ball gala. From these corporate sponsors, the event organizers are able to bring in $1 million dollars in donations to help keep the centres vibrant for residents.

“It’s about kindness,” said Randy VanDerStarren of Open Access Limited. “To be able to have dignity and be exposed to culture, and even have the same food that you are used to.”

“Why isn’t that something that should exist across the board?” VanDerStarren asked the audience.

Also at the event was Markham mayor Frank Scarpitti.

“It’s incredible to think it’s been twenty five years since the first Dragonball,” said Scarpitti. “We know that the proceeds go to help some great people across the Greater Toronto Area.” 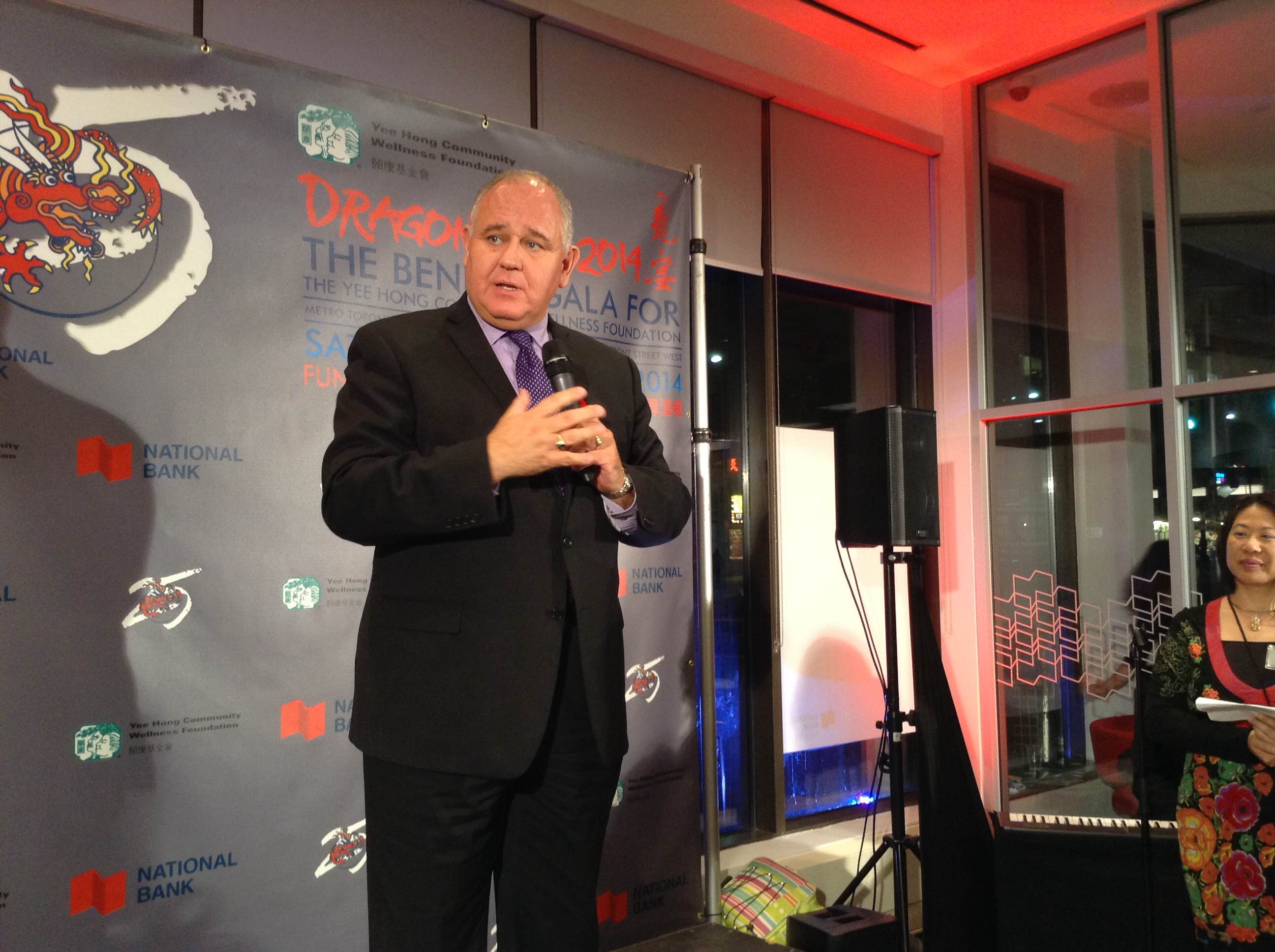 Nikkei Voice is a media sponsor of this year’s fundraising efforts to help provide seniors with greater care in the GTA. The Dragon Ball is held every year and is sponsored by National Bank among many others generous sponsors. 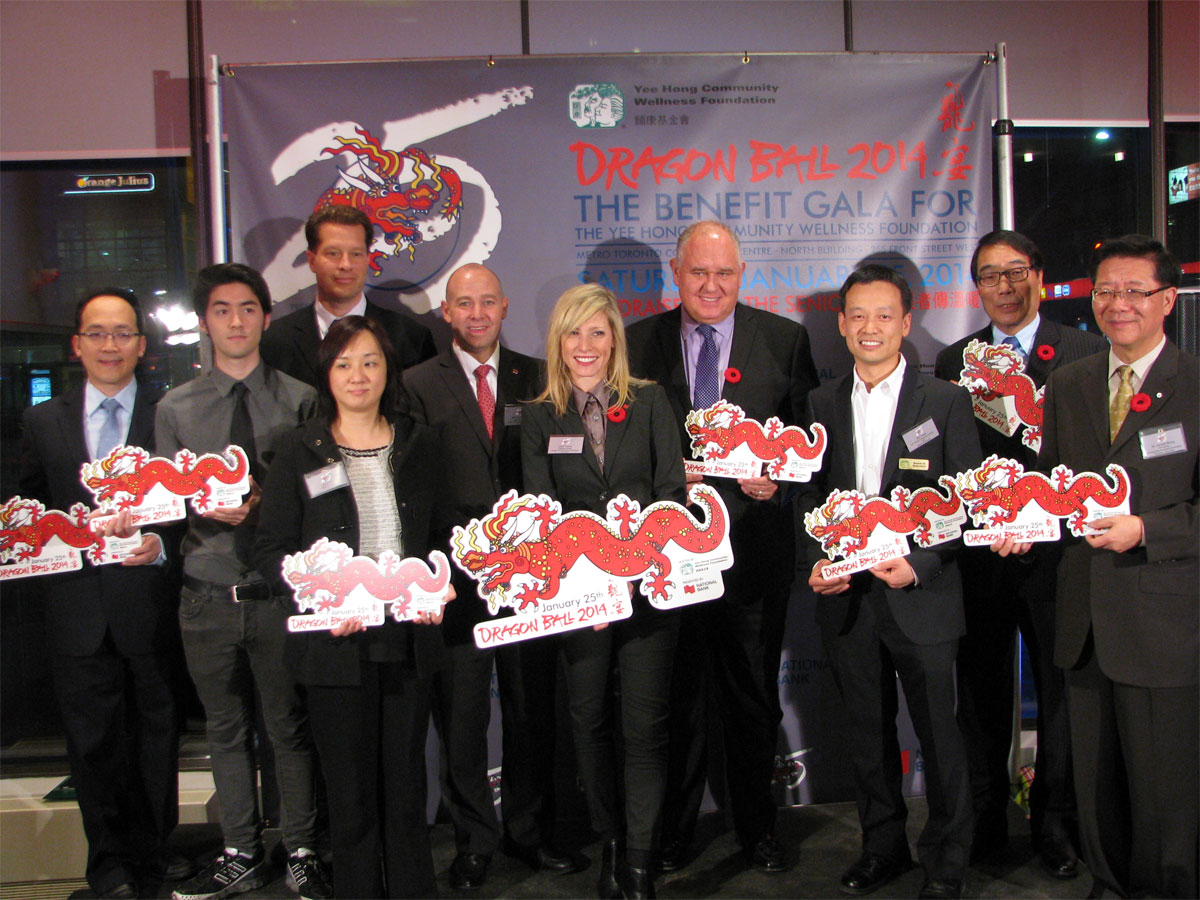 Who is that handsome guy second from the left? That’s Matthew O’Mara Managing Editor of Nikkei Voice and a media sponsor of the Dragon Ball Gala 2014.