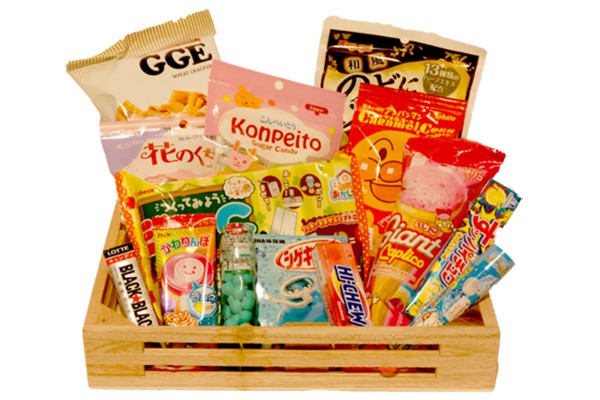 SAN FRANCISCO – Who can take an idea, sprinkle it with flare; fill it with choc’late, and deliver it with care? Hank Rao, oh Japan Crate founder Hank Rao can!

Admittedly, that last bit might not sound as good as Sammie Davis Jr.’s rendition of The Candy Man, but like the dealer of sweets in the song, Hank Rao is on a mission to spread candy culture far and wide, but with a Japanese angle.

Every month, Rao’s company delivers a box of candy to its subscribers that are filled with all kinds of Japanese delights. It’s his way of helping others satisfy a craving for Japanese snacks, a craving he says he knows all too well.

“It started when I was in Japan recently, about seven or eight months ago, and I saw these crazy candies in Tokyo and Osaka,” Rao tells Nikkei Voice in an interview.

“I was like, ‘Wow this is stuff I’ve never seen before outside of America’. The packaging is just so wild and even the way you eat it is so different with those make-it-yourself kits and I thought it was just awesome,” he says. “I brought a bunch back for my friends and it was the first thing to go.”

A few months later, he had a hankering for Japanese snacks, so he went online to see if he could buy some of his favourites.

What Rao soon noticed was a definite lack of support. The websites were poorly translated, they didn’t have a lot of stock, and they felt like a lottery, he says.

A month passed and his order finally arrived. Some of the candy had gone stale and some of the chocolate had melted in its packaging. That’s when the idea for Japan Crate emerged.

Working directly with Japanese importers, Rao, along with his coworkers, tailors a monthly crate of candy for his subscribers. 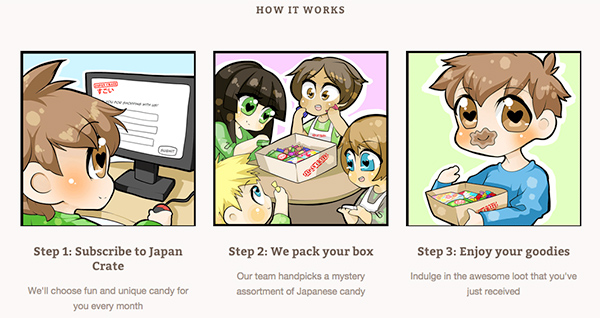 The company’s subscriptions are simple to get going and you get a lot of variety. Photo courtesy: Japan Crate

Staying away from the commonly found treats like Pocky or Koala no March, he wants to bring the deeper parts of Japan’s candy culture to his customers.

How he finds everything from seasonal treats to holiday edition candy is through a process of trial and error and through going to trade shows in Japan.

“It’s like a Costco, but with samples for every single candy,” Rao tells Nikkei Voice about an upcoming show he’s attending in Osaka.

There he has a chance to interact directly with companies like Meiji and Lotte, and they also have a chance to try out candy before they’re even on the shelves in Japan.

“We get a lot of advice and some information about what’s coming out from our Japanese connections,” he says. “We try to include a lot of the popular snacks and candies in Japan because they’re popular for a reason.” But they take in a lot of feedback from subscribers and feed off their suggestions.

There are a number of these crate-like businesses opening up in the United States and Canada. It’s a kind of e-commerce where the customer’s order is the most important thing and doing your research is of the utmost importance.

Loot Crate, which is based out of Pasadena, California, sends packages filled with cute toys and figures with a geeky focus. The business model works, Rao says, because you get a little mystery every month and enough variety to keep everyone happy.

For Rao’s subscribers, he tries to find the most interesting candies possible and does everything to keep his orders running on time.

Once during late November, a shipment of candy was running late. Usually shipping is from Los Angeles to their warehouse in San Francisco, but no truckers were on the road during Thanksgiving, and the soonest they could have started packing would have been in December, in other words too late to be on time.

So Cody Radcliff, chief-operation officer of the company, rented a U-Haul and made the 400 mile journey to Los Angeles and back to make deadline. It’s one of the defining memories of the company, Rao jokes. 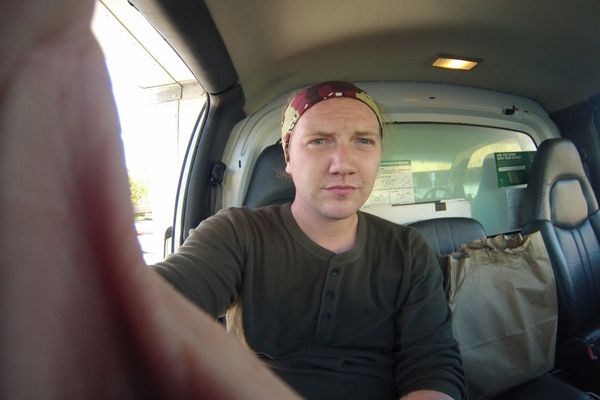 Japan Crate COO Cody Radcliff taking a selfie while on his way to pick up the goods. Photo courtesy: Japan Crate

“He just became a truck driver for the day just so we could finish boxing in time,” Rao says. “We do our best even if something goes awry.”

The company is currently revamping its online presence to include a more robust account system where people can upgrade their crates.

Rao also says he hopes to include gift subscriptions as an option and says he’s working on lowering delivery rates to Canada.

“It’s just been a few months and we’ve felt a lot of love,” Rao says.


I wonder if this is a real business. My credit card company recently sent me a fraud alert that my card nr was used to place a large order at Japan Crate. I reached to Hank Rao to get get some insights on the unauthorized transaction but did not hear back back from him.

Given the similar previous comment, I begin to wonder about this startup.