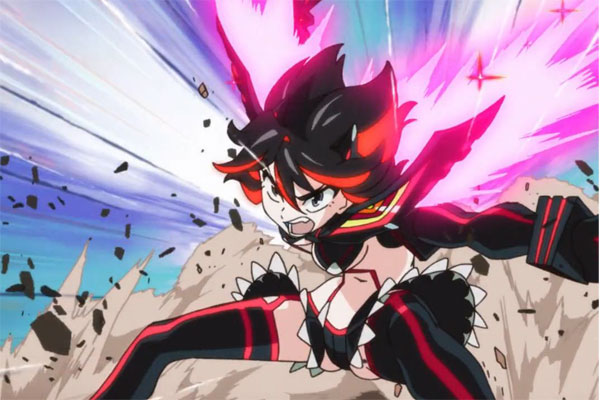 With a scantily-woven living school uniform and a pair of crazy scissor blades, Ryuko Matoi transfers to Honnouji Academy in search for clues to her father’s death. Satsuki Kiryūin is running the school with an iron and cloth fist using high-quality uniforms to oppress students.

Show creators Hiroyuki Imaishi and Kazuki Nakashima both worked on cult anime Gurren Lagann, and Kill la Kill keeps up with the insane animation and quality performances from their last series. Good magical girl anime are rare finds, and this one has all of the intensity you’d expect and some surprises you might not.

There’s currently a manga that’s ongoing and the anime series is waiting on its second season. There episodes available over Crunchy Roll, but prepare yourself once you start you won’t be able to stop.

It’s a crazy show, but one that pits more than just good versus evil in Honnouji Academy. 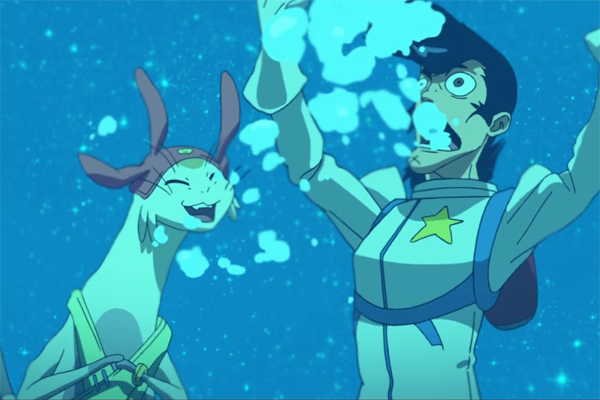 Space Dandy comes from the mind of Shinichiro Watanabe, creator of Cowboy Bebop and Samurai Champloo. In line with his other two works, Space Dandy combines great animation with a fantastical story featuring a veritable Monkey King in the lead role.

With his two crew members, Dandy – the guy on drowning on the right up there – travels across the universe in search of rare alien species that no one has ever met before. With his crew made up of a space cat and a vacuum cleaner, he gets himself into all kinds of danger but always come out on top.

While some critics say the show lacks some of the intensity of Watabe’s other works, Space Dandy stands on its own as a romantic look back on the old science fiction standbys like beautiful alien women and exotic locales.

Be sure to check the series out, but be warned it might take an episode or two before it grow on you. 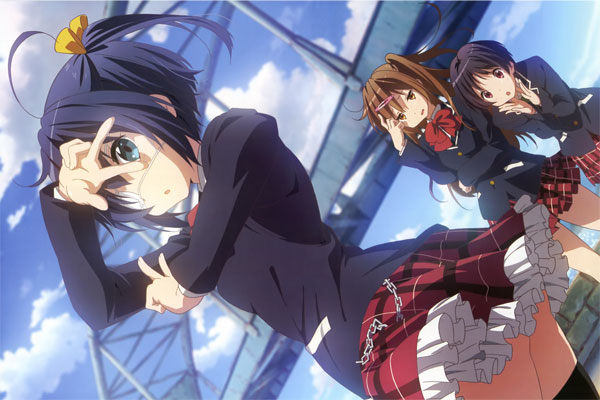 Did you ever have an imaginary friend? Have you ever played make believe? In her, Rikka Takanashi is a magical girl who lives in a world surrounded by blessed maidens and dark flame masters. In reality, she’s just a girl coping with some serious trauma from her past.

Chuunbiyo actually began its life in a short novel contest with Kyoto Animation, the studio that produced The Melancholy of Haruhi Suzumiya. Made into an anime, the show is the tale of Rikka’s interactions with her small group of friends and the love that develops between her and Yuta Togashi.

A chuunbiyo is, roughly, a slang term that refers to Middle School 2nd Year Syndrome. It’s a syndrome that affects kids in the real world and has them either acting older than they really are or playing make believe as if they have magic powers. It’s something that happens to kids around the world who simply want to live in another world, and Rikka is someone who has been affected to an extreme degree.

In the show, Rikka is surrounded by classmates who were former chuunbiyo’s, but they understand what she’s going through and the trials that she’s facing as a young person. Yuta most of all knows how hard it can be to face reality and he plays a major role in helping and understanding her world. 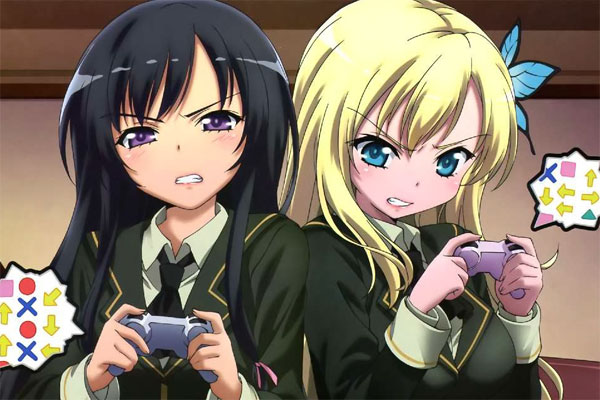 Who are your real friends? In Haganai, the Neighbor’s Club is a place for misfits to find themselves. It’s a place to play video games, to make believe, and to work on projects together, but also a place where people reveal their true selves without having to worry about being judged… well, maybe a little.

Kodaka, Yozora, and Sena represent three different kinds of Japanese students. Kodaka’s spotty blonde hair and English side makes him an instant outside among other students, Yozora with her abrasive personality couldn’t carry a conversation if her life depended on it, and Sena with her haughty upbringing and golden hair is the definition of over privilege.

Suffice to say, on their own they’re a rogue misfits, but together they’re a force to be reckoned with and they get into some pretty funny antics including playing video game together in an alternate reality.

It’s a fun show, though a little on the ecchi side sometimes. 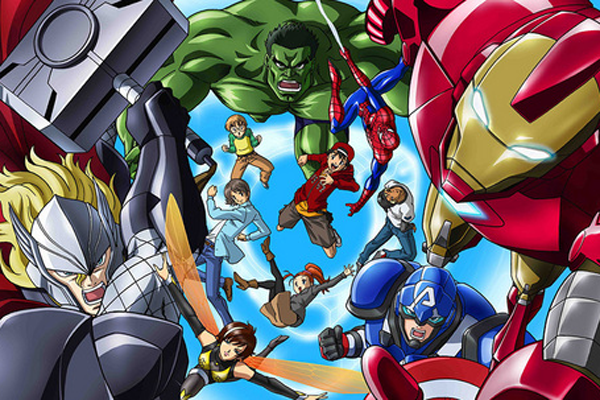 Imagine being able to turn into your favourite Marvel Super Hero and now imagine having to save the world using their bodies. This is the premise of Marvel Disk Wars: The Avengers, a new show coming to Japan this spring.

Fighting alongside Spider-Man, five kids have been given the power to turn into a number of Marvel super heroes including: Iron Man, The Incredible Hulk, The Wasp, Thor, and Captain America. Who they’re fighting (most likely Loki) or why they’re able to turn into members of the Avengers is really up in the air, but it’s really a market-driven show.

Nerima-ku, Toei Animation, and Bandai are all involved with marketing the show to Japanese audiences and you can just expect the companies to release toys based around the characters with a trading card game soon to follow. Just don’t expect to see any kids turning into Ego the Living Planet.


These animes are amazing, and if you are doing a writing job, then you must watch these animes. I guarantee you that you will have a great time watching these animes, and you’ll learn something for your job.