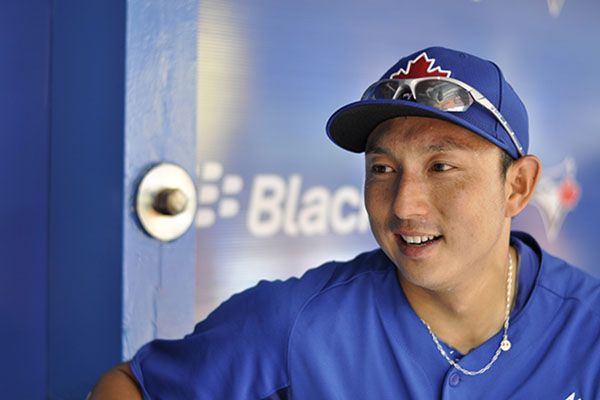 Fan favourite Munenori Kawasaki will take off the Blue Jays uniform and become a Chicago Cubs. Photo by Matthew O’Mara.

The Chicago Cubs have signed Munenori Kawasaki, 34, to a Minor League contract breaking the hearts of Canadians in the process.

Kawasaki joined the Blue Jays in 2013 and immediately became a favourite with the fans with his wacky antics and sense of humour; however, the player spent most of last season playing in Triple A in Buffalo.

During the 2013 season, Kawasaki came into the spotlight with his upbeat attitude and humour, which will be sorely missed.

According to the official site of the Toronto Blue Jays, he played just 23 games for the Toronto last season.

Kawasaki will have a chance to attend the Cubs’ spring training camp before the new season starts in April this year, but may be fated to spend quite a bit of time playing in the minor leagues.

Kawasaki will have to fight hard to make it back into the major leagues this season competing with teammates Addison Russell and Kris Bryant to be called up.

Last year, there was some speculation that Kawasaki might move back to the NPB (Nippon Professional Baseball). He had been reported to having regular meetings with the Fukuoka Hakata Lions Club, a volunteer organization in Japan, so perhaps working with them on a full-time basis could be a career prospect for the player.

There’s a chance that Kawasaki could be returning to Japan following this season, so for anyone looking to get a last glimpse of his unique and precious personality and sense of humour this might be it. 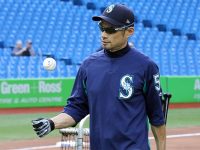 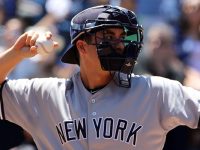 
[…] Kawasaki left the Blue Jays in late 2015 and is now playing with the Fukuoka SoftBank Hawks of Japan’s Pacific League, but still has a strong bond to Toronto and his fans. […]