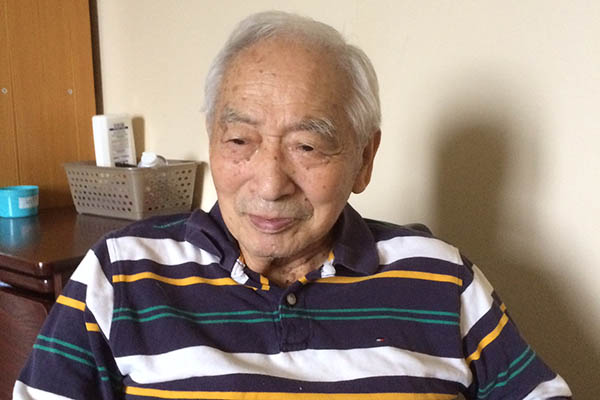 In my last column (Holiday 2015 issue), I mentioned I would be telling about two recent quite different celebrations of life of good friends. This month’s is the one held for Tom Takashima, who left us on November 8. He would have been 93 in about a month.

Tom’s celebration was held at a funeral home in nearby Mississauga. Although a church minister chaired the program, there were no prayers or hymns. Instead the program opened with Tom’s three grownup sons smiling and laughing while doing a “song-and-dance” collection of happy remembrances about enjoyable experiences with their dad. His daughters and four of his granddaughters also took their turn telling stories.

In between, I participated. As a friend of Tom’s since we were kindergarten age back in Vancouver’s Kitsilano, his sons had asked me to tell about our times together.
Here is some of what I said:“Back in the early 1930s when we were public-school age, the Takashima family and the Moritsugu family occupied two of four Japanese homes on the 1700 block of West First Avenue.

“The other side of the street was still all bush. And after school or on weekends, we used to go into the bush and play “Cowboys and Indians.” And Tom taught me how to find the right branches from young trees to make a good slingshot.

“Then the bush was gradually cut down as the south end of the new Burrard Bridge across False Creek was built. After which they used that cleared area to install a military armoury and its parade ground. The army unit was the Seaforth Highlanders, who wore kilts when in full dress.

And we got used to hearing bagpipes being played—particularly in evenings.

“Tom and I were born in the same year, 1922. And we went to Henry Hudson Public School, and then Kitsilano Junior and Senior High School. Although not always in the same class. And at the Japanese Language School on the next block to us, we learned judo as well as Japanese because the dojo was in the same building.

“Naturally Tom and I played catch and followed local baseball, as most nisei boys did. But often on weekend I would walk down to the Takashima home to watch older brothers Jim and Len drawing. They were so good and I also wanted to cartoon, too, so they let me copy what they did. But I could never reproduce Tarzan or Flash Gordon like Jim did.

“They were good friends but not very social, while Tom was the outgoing brother. And also his many skills included handling mechanical things. When I needed repairing done on basic toys such as our box scooter, I’d ask Tom to fix it for me because I couldn’t even hammer a nail straight back then (Betty says I still can’t.) .

“In December 1941 when Tom and I were turning 19, came the war against Japan. In the mass expulsion that followed, the Takashima brothers were sent to eastern camps, and the rest of the family to the New Denver family camp in the B.C. interior. The Moritsugus were sent to other

camps so we were separated for some time. After the Second World War, we ended up in Eastern Canada, too, and soon resumed our friendship.

“Then in 1971, there was a historic event at the old Japanese Canadian Cultural Centre in Toronto. Tom’s talented younger sister Shizuko (known to friends as Shiichan) had written and illustrated the first book ever published about what we Japanese Canadians suffered during WW2. And the book launch was held at the Cultural Centre.

“The title was A Child In Prison Camp, and Shiichan not only told the story from the viewpoint of a young girl in the New Denver family detention camp, but being a painter, the colourful illustrations were several of her watercolours. And to simplify the story, she turned her four brothers into one named David. And as he had been the family leader although he was already out in Ontario, you could tell that David was modelled on Tom.

“Now to another of my happy experiences with Tom. Twenty years later, in 1991, a committee of Japanese-Canadian former Kitsilano-ites was formed to hold the Greater Kitsilano Reunion in Toronto during 1992—the 50th year after we were kicked out and the Kitsilano Japanese community disappeared forever. My brother Ken and I became members as did Tom.

“And because the reunion was to be held at the Japanese Canadian Cultural Centre—where Tom was a most active member—he became our expert on the place’s facilities and policies we should follow. The planning took about a year and a half and at the outset we met once a month, and more regularly eventually. Well, the Reunion turned out to be a great success, well beyond what we had hoped for.

“More than 350 former Kits people came to Toronto not only from across Canada and the United States but from Japan, too.”

I wound up with “These remembrances about good friend Tom Takashima remind me that I am one of many persons who got to know him well. And as I look back, I realize what a special privilege it has been.”

One fact I didn’t mention was that like me, Tom had usually been the shortest guy in his school classes. He was one of several physically small prewar nisei who made a large positive impact in our lives.

As for the happy merriment which had been the main tone set by his sons at Tom Takashima’s Celebration of Life, I was reminded that at many funerals — which oldtimers like me have been attending — rather than grief, a sense of relief in the surviving family can be the primary reaction. Especially if the deceased had been suffering physically for some time and/or was of a good age (in the 90s or more).

In Tom’s case, he had been in a wheelchair for some time, and often had difficulty recognizing friends when his son brought him to Wynford Seniors Club meetings. As for no religious connections at his Celebration, son Terry Takashima told me that had been his father’s wish.

Next issue, I will tell about the unusual salute to judoka Harry Henning, who also passed away last November.

In 1954 Henning was the first non-Japanese to become a black belt at Toronto’s Kidokwan Judo Club under Atsumu-Kamino-sensei. And I was lucky to become a good friend who shared his love for the gentle martial art. 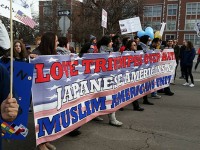