Frankly Speaking: Books about JCs that we all should read 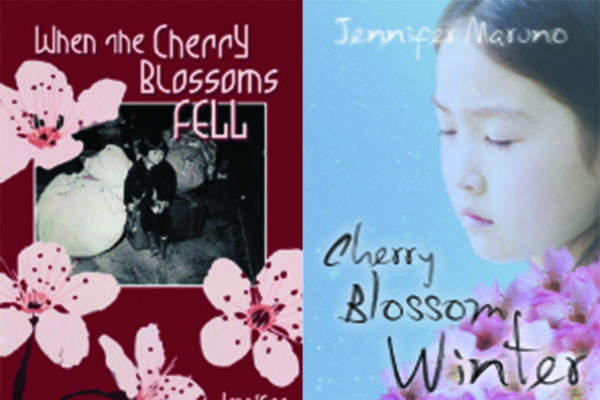 You would think that with my lifelong interest in books, I would have known of a series of children’s novels about Japanese-Canadian history that is aimed at those nine years-old and up. But it was only recently that I discovered that the first of the series, When Cherry Blossoms Fell, had been published back in 2009.

Not only that, the author is a Canadian named Jennifer Maruno and she lives in Burlington, ON.

Here’s how my belated discovery happened. Stepson Robert (Mike) Brown, who lives in Burlington, came with his grandson Connor (our great-grandson) for a visit and left me a fascinating clipping from the Burlington Post newspaper. It was about the launch earlier this year of Cherry Blossom Baseball, the third book in the hitherto little-known (to me) Cherry Blossom series.

The photo of the author with the newspaper report showed a smiling lady with dark blonde hair who was obviously not Japanese despite her surname. It turned out that she was born in Niagara Falls, ON, and her husband Stan Maruno is a sansei who was three years old when his family was forced to leave the Pacific Coast in 1942 and go to the New Denver family detention camp on Slocan Lake in the B.C. interior.

Let me tell you first about the three novels. The heroine is a sansei named Michiko Minagawa who is about to turn 10 years old in March, 1942 when the story begins. The first few chapters tell about Michiko and her family: young brother Hiro, nisei parents Sam and Eiko, and Aunt Sadie.

Because Michiko is young she is not told by her mother about the mass evacuation but just that her father was away working when he was sent to a road camp. And that along with her grandfather (geechan), mother, aunt and Hiro, she was moving away from Vancouver to a farmhouse inland.

To set the mood of JC family life, familiar stories like the Peach Boy (Momotaro) and others are mentioned. And naturally several Japanese words that were commonly used come up now and then. (Each of the three Cherry Blossom novels has a dictionary at the back of Japanese words used in the respective book for the reader’s guidance.)

On arrival in the B.C. interior they are welcomed by a local person, Mrs. Edna Morrison, who turns out to be a true friend and helper in their new home away from home. (This was a common experience for many fortunate families during those difficult times.)

The second novel tells about Michiko’s growing awareness of their situation during the time spent by the Minagawas in the family camp in the Kootenays. (The camp’s name is not given but some of its features are those of the New Denver camp to which the Maruno family had been sent.)

One of Michiko’s experiences is having white-boy classmates who either pick on her or become her pal and defender.

An interesting development is when she attends the camp school created for evacuee children. One of her teachers is a former Vancouver Asahi named Kaz Katsumoto. He eventually becomes her uncle by marrying Aunt Sadie who also had become a ghost-town teacher. And Kaz is naturally one of the star players in the ghost-town baseball games.

(That fictional addition obviously derives from the fact that several Vancouver Asahis were sent to the family camps. One of them, Kaz Suga, was a teacher at the Lemon Creek school for the first year. Then like other bachelors he was forced to leave the family camp and go eastward.)

In her ‘Author’s Note’, Jennifer Maruno gives strong gratitude to her mother-in-law Eiko Kitagawa Maruno for her help by sharing the family’s true wartime experiences. Maruno also mentions that “my husband and I travelled to the Kootenays to visit the Japanese Memorial Centre (Nikkei Internment Memorial Centre) in New Denver” to explore ghost-town camp aspects.

In the third and final novel in the series, Cherry Blossom Baseball, Michiko and family leave the ghost-town camp and move to Ontario where her father has gotten a farm job in Oakville. It is more than two years after leaving Vancouver. Again she has to adjust to a new school and being the only non-white in her class. And as happened back west, she has to cope with racist “you Jap kid” taunts from bullying classmates. She manages to conquer that by her own maturing personality plus a particular talent at playing baseball. 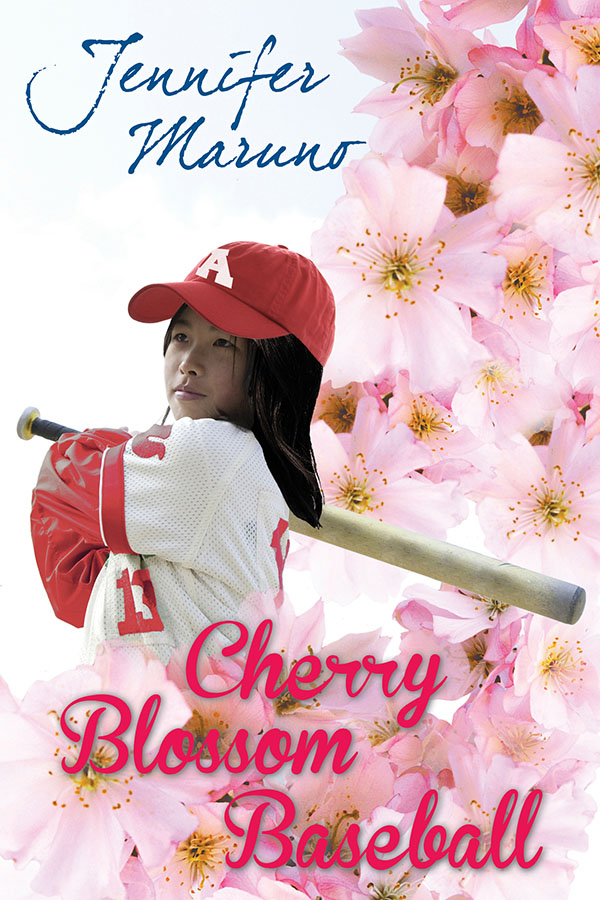 In Maruno’s third book in the series, Cherry Blossom Baseball (2015), heroine Michiko must adjust to life after the internment camp when her family moves to Oakville, ON.

I won’t tell you any more about that last point. Better you discover it yourself and enjoy it in that third novel.

Author Jennifer Maruno was a school teacher and then a principal in Ontario. She liked writing stories and after retirement took it on full time. In the ‘Author’s Note’ in the second novel she wrote, “Growing up, I knew nothing about the treatment of Japanese Canadians during the Second World War. History books concealed how the government left them penniless, homeless, and without a future. My admiration goes out to all the brave Japanese-Canadian men and women who kept their families fed, clothed, and educated without funds or bitterness.”

As suggested, Maruno knows not only how to write for young people but also write it so well that readers of any age can enjoy her stories.

By the way, the three Cherry Blossom novels published in paperback are 129 pages, 167 pages and 247 pages respectively. To write this column, I found the first two in Toronto Public Library branches while the newest one I bought at a local bookstore. The book prices may range from $10-$12 plus tax.

Meanwhile, I plan to read Jennifer Maruno’s three other books: Kid Soldier (based on her father’s WW2 memoirs), Warbird, and Totem (about Canadian indigenous children).

Talking of worthwhile books by Canadian writers, the eighth in Ian Hamilton’s Ava Lee mystery series has come out.

The Princeling of Nanjing has the Chinese-Canadian heroine from Toronto in another adventure in China. As can be expected, she uses her comely wiles to get the bad guys and her skill in the Bak Mei martial art when absolutely necessary.