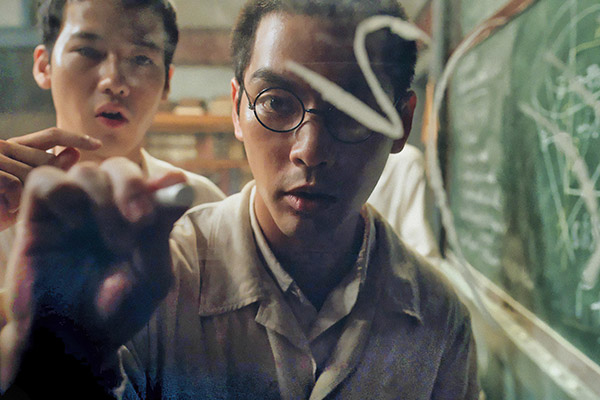 
Yagira Yuya stars as Shu in the film, Gift of Fire. The JCCC will be screening a virtual presentation of the film from Oct. 22 to Oct. 24. Photo credit: Eleven Arts Studio.

The film follows Shu, a young research student at Kyoto University on the research team commissioned by the Japanese government to split the atom and create the atomic bomb. Shu grapples with his conscience as he balances his obligations to his family and country with the ethical consequences of his scientific research.

While countless films have explored numerous battles, histories, and declassified missions of the Second World War, Japan’s nuclear weapons effort has remained largely unknown. While not a secret, the topic has been taboo in Japan for years.

“I actually did not know that Japan was developing the atomic bomb, so that was quite a surprise to me,” Gift of Fire‘s producer Ko Mori tells Nikkei Voice in an interview. “It’s not information that is necessarily promoted by Japan, which is understandable, but I think it is what it is, the truth is the truth, and the story needed to be told.”

Written and directed by Hiroshi Kurosaki, who began research for the film more than a decade ago after coming across a journal in a Hiroshima library. The diary belonged to one of the scientists on the atomic research team and became the inspiration for the script. The script, originally titled Prometheus’ Fire, won a special mention at the 2015 Sundance Festival and sparked the interest of producer Tsuchiya. 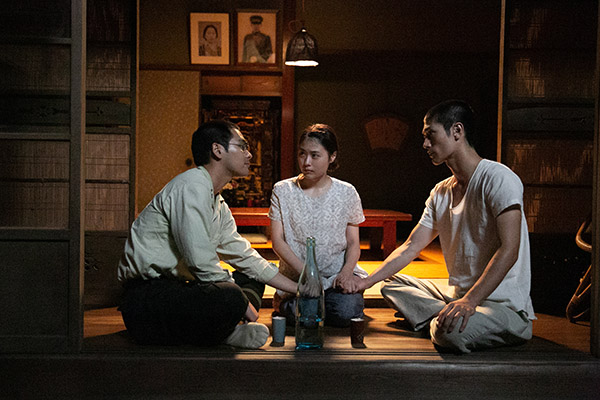 What pulled Mori to this project was the script’s focus on the three main characters; research student Shu, his brother Hiroyuki, and their childhood friend Setsu. Like the diary the film is based on, the story focuses on the lives of the three young people as they contemplate their complicated feelings towards each other, caring for their elderly family members, and trying to imagine a life after the war.

“The story takes place towards the end of the war, so I thought people [would be] more focused on the war situation. But surprisingly, the diary tells more ordinary stories that we might [experience] today,” says Mori. “Of course, there are some elements that indicate they were living through a very difficult time, but that ordinary story is something we wanted to bring [to the film], and how they tried to look towards the future.”

Both Shu and Hiroyuki pine after Setsu, while Setsu is more preoccupied with caring for her grandfather and yearns for life after the war. After working all day at the military spinning mill, Setsu dreams of becoming a teacher. The children that help at the mill only know their country at war and Setsu wants to give them a better future. While these characters lived 75 years ago, there are elements of their lives that resonate with audiences today. 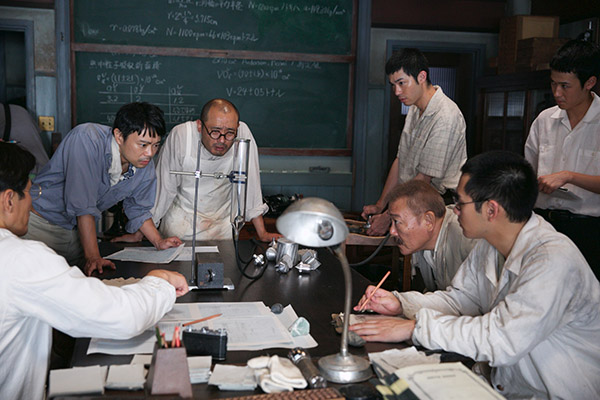 Through the young research team, the film explores the ethical dilemmas and dire consequences of what they are trying to achieve. Their professor imagines the future of nuclear energy. Some students are drawn by the allure of scientific discovery and the curiosity to learn, while others have lost loved ones in the war and are motivated by revenge, says Mori.

But the film also explores the crimes committed in the name of science and discovery. After the atomic bomb is dropped on Hiroshima, the research team is deployed—not to help with the wounded—but to survey, collect samples, and conduct research. The film and the characters question where to draw the line and what is too far. Science can be very cold. While it can bring new discoveries into our lives and futures, if used with bad intentions and motivations, it can destroy everything, says Mori. These ethical questions still exist with science and technology today.

Emotional, quiet, devastating, and beautiful, the film doesn’t take sides, and characters are not heroes or villains, but instead, complex people living in a bleak time.

Gift of Fire broadcasted on NHK’s network on the 75th anniversary of the bombings in August 2020. The Japanese theatrical release was a year later, and the film topped Japanese box office charts in its opening weekend, entering the top 10 grossing weekend films. Gift of Fire hits U.S. theatres this November. The Japanese Canadian Cultural Centre will screen Gift of Fire virtually this October. Along with the film, the team produced the documentary, F Project, which digs further into this relatively unknown history.

The JCCC will offer a virtual screening of Gift of Fire from Oct. 22 to 24. For more information visit, www.jccc.on.ca/film/gift-fire.