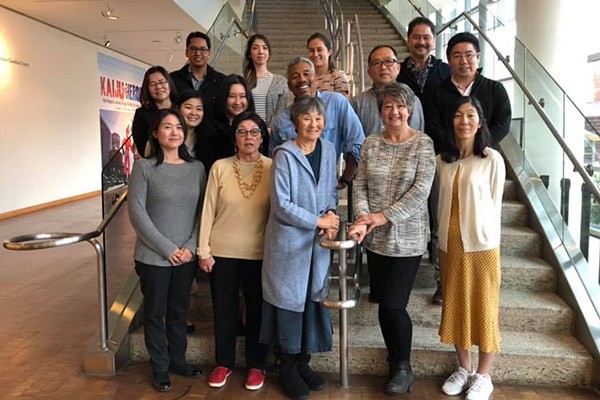 VANCOUVER — Nikkei young adults from around the world will be participating in a survey to shape the future of programming and projects for the Nikkei (descendants of Japanese immigrants) community.

Linda Kawamoto Reid, from the Nikkei National Museum will be coordinating the survey across Canada and would like as many young adults as possible to participate in the online survey.

The survey is sponsored by the Nippon Foundation and may be the first survey to target young adults of Japanese ancestry about their identity and relationship to Japan and Japanese culture. The Nippon Foundation has been working closely with Nikkei communities in the Americas and Asia for more than 50 years.

One example of a project they fund is Discover Nikkei, a web-based program hosted by the Japanese American National Museum. Discover Nikkei posts stories about all generations of Nikkei from around the world.

Last year (2018) marked the 150th year of the official mass emigration from Japan and it is estimated there are 3.8 million Nikkei abroad. Nippon Foundation has supported many global projects inside and outside of Japan, check them out here.

The reason this survey is important is to begin to see how millennials see themselves as Nikkei, such as what cultural aspects are important to them, what defines them as Nikkei, and how to best begin to preserve or nurture those things going forward.  Kawamoto Reid attended the information session in Los Angeles on March 1 to 3, 2019 with the other participating country’s facilitators. It was a great weekend in LA’s vibrant “Little Tokyo” which is full of delicious foods and a community square that turns into a karaoke stage at night. This weekend workshop prepared facilitators to lead a focus group in a standardized way. The workshop in Canada will happen sometime in mid to late May.

Unfortunately due to budget restraints, the focus group will be at the Nikkei National Museum, but if any young adult between the ages of 18-35 years happens to be in Vancouver, please put your name forward to Linda Kawamoto Reid at lreid@nikkeiplace.org

Speaking as the Canadian representative for the survey, Linda would like Canada to be well-represented and encourage people reading this to spread the news to the young adults across Canada and encourage them to go online to fill out the survey here:

The survey will be open through April 15 at midnight.

To fill out the survey, available in four languages, click the links here:


Their opinion matters, so it is only right if it is also is taken into consideration by them. I am sure having their feedback now; it is possible that the new report would be more detailed.