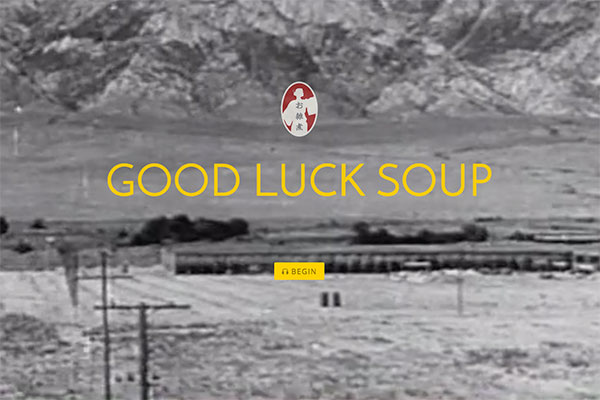 Good Luck Soup is an interactive website that allows you to listen to the stories of Japanese Americans both past and present about their experiences living in America. Photo courtesy: Good Luck Soup

Good Luck Soup Interactive is a project by filmmaker Matthew Hashiguchi that shares the stories of Japanese Americans and Japanese Canadians from both before and after the internment experience.

During the Second World War, Japanese living in North America were put into internment camps because they were suspected of being Enemy Aliens.

Generations passed before the American and Canadian governments apologized for their actions, but the experience lingered. The racism, discrimination, and alienation faced by the communities was overwhelming and talking about it was taboo.

Good Luck Soup looks to share that experience with as wide of an audience as possible and Hashiguchi has spent the better part of two years working on getting it just right.

After a successful Kickstarter campaign he was one step closer to creating his transmedia masterpiece.

Transmedia is a term often used to describe the confluence of different types of media in a single space. Good Luck Soup uses audio, video, and text to tell the stories submitted by users of all ages.

What the experience becomes is something that’s touching and overwhelming, educational and personal. We spoke to Matthew Hashiguchi soon after the launch of the project.

Nikkei Voice: Just an hour ago you Launched Good Luck Soup Interactive, how does it feel to finally see the project up and online?

Matthew Hashiguchi: It feels strange, to be honest. I was just doing dishes and I kind of jokingly thought to myself, “Now what do I do?” Which isn’t the case at all because I still have a lot of work to do. 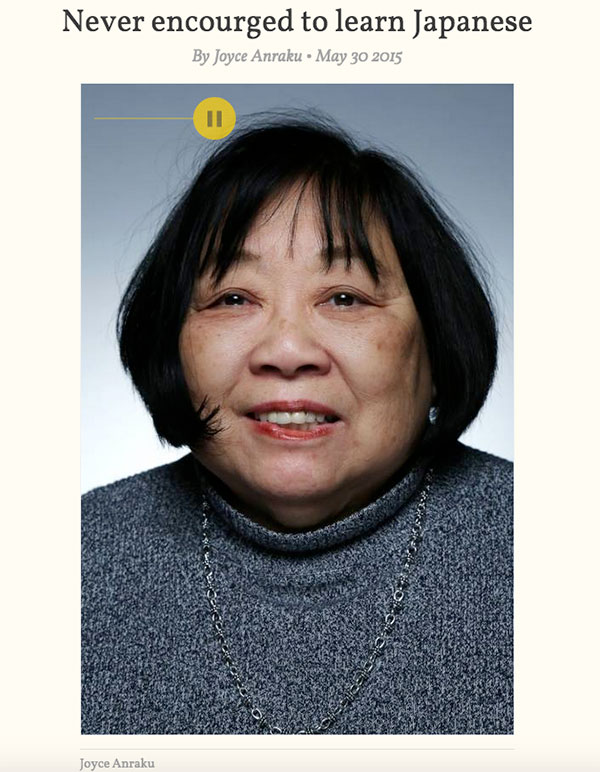 NV: That I saw George Takei just emailed you, care to share what was said between you?

MH: I had the the honor of meeting Mr. Takei awhile back when we were still fundraising for the project. I had shared the project with him back then and I wanted to show him the completed work. He was very nice and supporting and gave us his well wishes. He’s a wonderful person and it’s an honor to have his support.

NV: You’ve received a lot of support from people like him, from Kickstarter, and from the general public, what do you hope the site will give to those who are just learning about Good Luck Soup now?

MH: I’m hoping it gives them an outlet to share their own story, or a way to share the story of their background and culture with people who aren’t familiar with it. We want this project to reach across racial and cultural lines and to educate those who don’t know what the Japanese American and Japanese Canadian experience is. So, it’s a work that they can share with others and say, “Here, this will give you and idea about my experience, or the experience of my parents and grandparents.”

You can visit Good Luck Soup Interactive now to watch videos, read the stories, and search the archive.