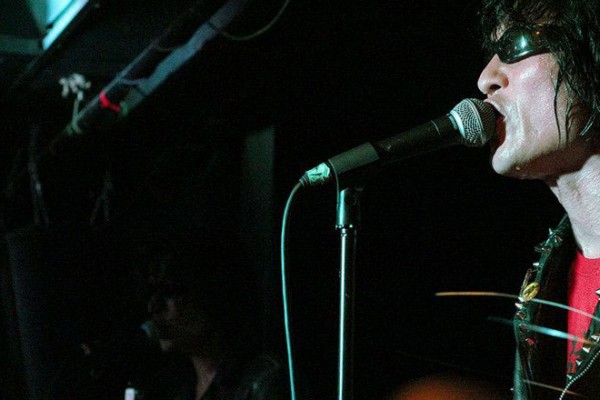 Guitar Wolf’s front man, Seiji, ran up on stage. He looked out onto the crowd as a short introduction played and then zapped the crowd with his guitar’s first note.

Guitar Wolf, for those who aren’t familiar with the band, have a bit of cult appeal in the West. Originally formed in 1987, the band from Nagasaki has toured around the world and this is their second North American tour. The band’s latest album was inspired by some of the observations Seiji has made about the world today.

“No one looks ahead. No one takes their eyes off cellphones. No one can go anywhere without GPS,” Seiji told us during an interview before the show in Toronto. While in Rome, he noticed how dependent people are on technology. This made the beast within him – his instincts – vibrate, which helped inspire the album.

“Suddenly, I felt that strong emotions welled up, when I saw these people. I felt strong emotion and wanted to say, ‘Never forget your sense of beast!’, ‘Go back to the wild!’ So I created this new album.”

You can look forward to more of this story in the November issue of Nikkei Voice.