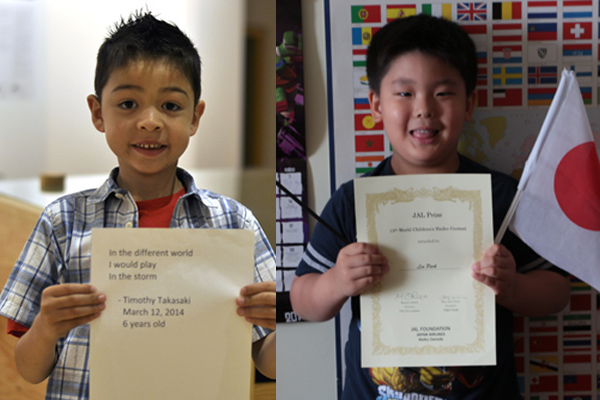 The 13th annual contest received 162 entries from Canada this year and a total of 18,614 entries worldwide from 33 different countries. It is open to children aged 15 and under, and all languages.

Timothy Takasaki and Leo Park, both aged six, were introduced to the haiku contest while at Kamp Kodomo at the JCCC during March Break in 2014. Both boyswrote their poems in a few hourswhile at camp, which were then submitted to JAL.

The theme of this year’s haiku contest was “Dreams.” Leo Park’s mother, Akemi Ishizuka, told Nikkei Voice her son has always dreamt of being bigger.

“I think that’s why he wrote about being a giant. He also wanted to be able to do anything – like stepping on ice — because it’s not easy for him.” says Ishizuka. “He also doesn’t want to die,” his mother added with a laugh. “I think dying is a scary concept for him.” 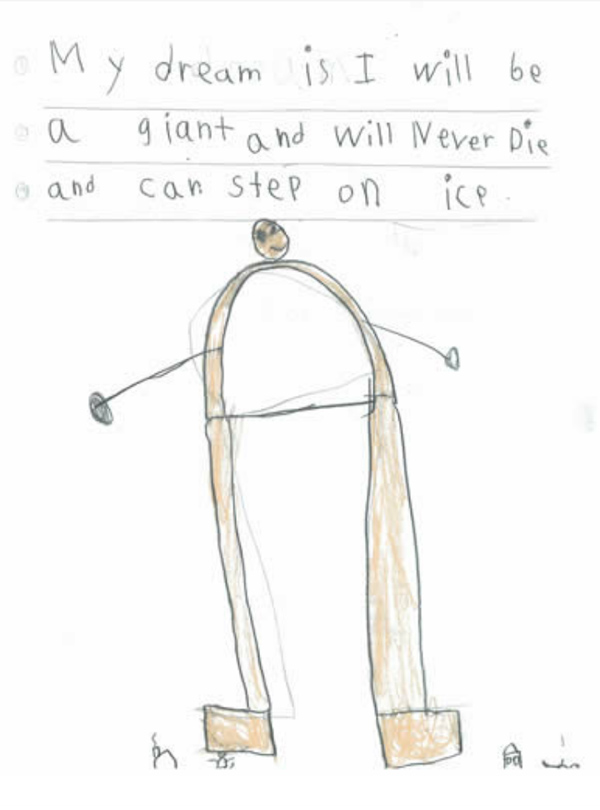 An illustration created by Leo Park for the haiku contest.

Meanwhile, Timothy’s dream involved a changing environment. “It means something crazy is happening on earth. I was thinking about a bad storm,” Timothy said.

What you might also note about their poems is the number of syllables in each line. 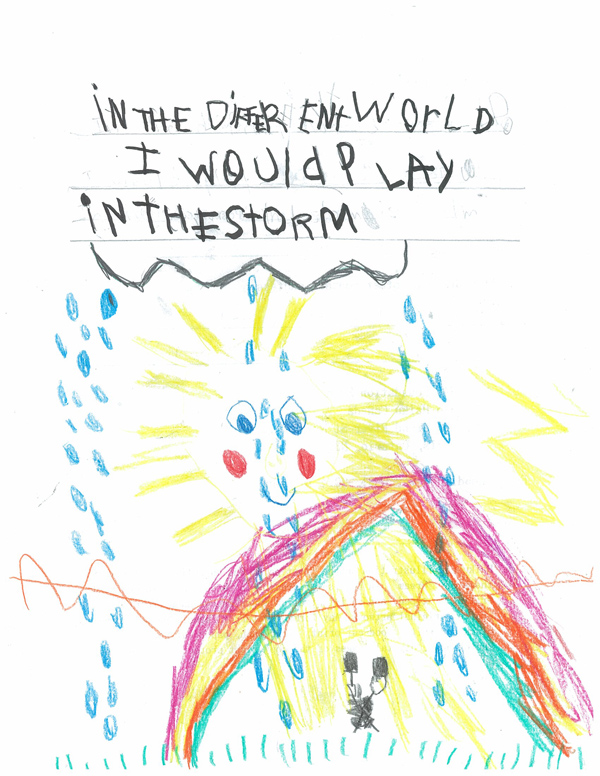 The five-seven-five syllable structure is a North American misconception, notes Kimiko Horne, who helped instruct the young poets on writing their first haiku.

“Japanese haiku is not composed in syllables, but ONJI, one letter one sound system and most of Japanese haiku have average 4 -7 words,” Horne said over email.

“JAL Foundation still provides some promotional materials in this old idea (of 5-7-5) and Haiku Canada explained to them our position to teach haiku as the shortest poem known in the world with traditional haiku spirit which is applied linguistically to the English language and as a poetry in English. As a result the children were not counting syllables to write haiku but more freely expressed their feeling in carefully selected effective words.”

Entries were judged by JAL Foundation judges and Haiku Canada, a first-time sponsor of the Canadian portion of the contest.

There were nine grand prizes and 29 JAL prizes awarded to Canadian children.

Drawings are also submitted with haiku in the contest. Both written and visual mediums help portray the imagination children see in their day-to-day lives in different countries around the world.

Both haiku and illustrations are compiled in “Haiku by World Children”, an anthology of prize-winning haiku. It is widely used in textbooks and reference books in Japan and abroad.