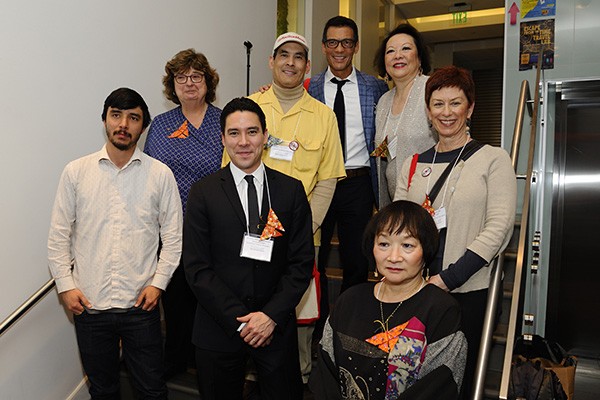 I recently had the honour of presenting the U.S. premiere of Hatsumi at The Tateuchi Democracy Forum at The Japanese American National Museum in Los Angeles, and a few weeks later at the Nichi Bei Films of Remembrance festival in San Francisco.

The trek south with the film had been a long time coming and I wasn’t sure what to expect.

At no point in the production process did I ever think there would be much interest among U.S. audiences; particularly as the JA community still faces many challenges in the course of working to keep their own story in the general consciousness of the wider U.S. population.

The screenings were strongly attended and the lively question and answer sessions following demonstrated two things:

The major points of differentiation between the two internments are as follows:

With the invocation of the War Measures Act by the Parliament of Canada in the months following the bombing of Pearl Harbor, Japanese Canadians were stripped of their rights as Canadian citizens, which included the right to move freely around the country and to own property.

The majority of men of working age were separated from their families and forced to work on road camps and the assets that the government held in “trust” for the community were quickly liquidated by the “Custodians of Enemy Alien Property” for fire sale prices. Few Japanese Canadians retained any assets beyond those they could carry by the end of the Second World War.

South of the border, Japanese Americans retained their legal rights of citizenship under the protection of the Bill of Rights enshrined in the U.S. constitution. Families were uprooted, but in the vast majority of cases they were detained as family groups and they, at least legally, retained their pre-War property rights.

Almost immediately following the War, Japanese Americans were permitted to return to their pre-War homes and property.

The return of Japanese Americans wasn’t straightforward; there was widespread looting and vandalism that occurred with Japanese American properties and Japanese American businesses that had been successful during the pre-War years. They suffered in the course of re-establishing themselves where resumption was even possible.

In contrasting the JC/JA experience, the one point that generated the most reaction from U.S. audiences was recounting the fact that Japanese Canadians were not permitted to return west of the rocky mountains, where nearly the entire pre-War Japanese Canadian population had lived, until 1949.

We’ve become used to hearing that point in Canada, but the strong reaction underlined again just how outrageous so many aspects of the Japanese Canadian internment were.

The day after the festival screening in San Francisco, I was further honoured to be asked to participate in a Day of Remembrance ceremony to mark the anniversary of Franklin Delano Roosevelt’s signing of Executive Order 9066 authorizing the incarceration of Americans of Japanese ancestry on February 19, 1942. The event was held at the Sundance Kabuki, a large theatre in the midst of San Francisco’s Japantown neighbourhood. 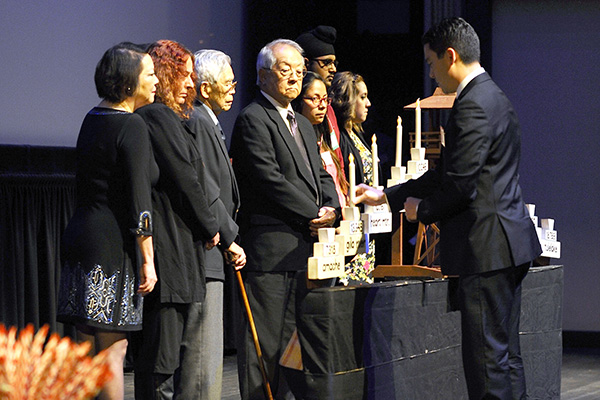 Commemorating the victims of the Japanese American internment at the Day of Remembrance ceremony in San Francisco. Photo by William Lee / Courtesy Nichi Bei Weekly

The programming at the ceremony neither celebrates nor mourns the experiences of the JA community, but as Congressman Mike Honda of the U.S. House of Representatives reminded the audience in his keynote address, the day provides a forum for contemplation; to reflect on the losses suffered by the JA community during the War years, the post-War contributions made by JA’s to broader social justice and human rights causes, and the work yet to be done to achieve true equality across all of U.S. society.

From a JC perspective, the event was very moving.

As a teenager I remember similar events being held in Canada in support of the redress movement, but they ended following the signing of the redress. Day of Remembrance commemorations happen annually in Japanese American centres across the U.S., providing a community forum for the planning of future actions to strengthen the fabric of American society.

Our racial dynamics in Canada are obviously a far cry from those in the U.S., but I couldn’t agree more with the sentiment that by reflecting on and sharing the experiences of the JC population, we can still do much to make Canada a better place for all of its citizens.

In that context I remain grateful to be a part of our vibrant Japanese Canadian community and to support the ongoing educational outreach of the NAJC and the JCCC in my hometown of Toronto.

Hatsumi was screened on January 30th at the Japanese American National Museum. 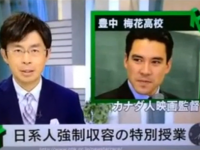 Chris Hope appears on NHK to introduce a new generation to the Japanese Canadian story
March 18, 2014 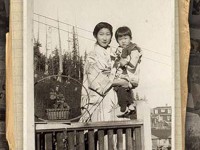 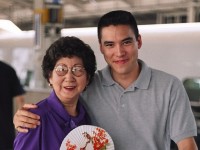