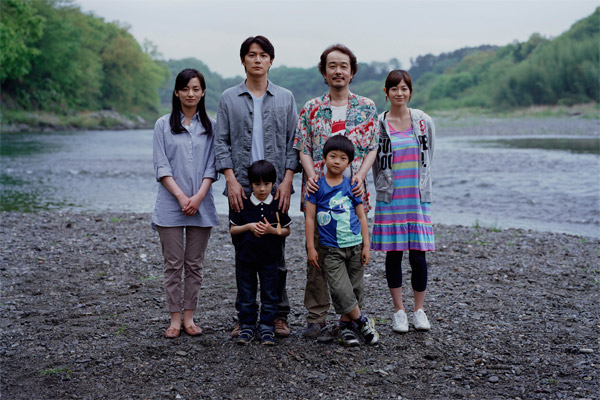 This month Hirokazu (Nobody Knows, Still Walking, After Life) Kore-eda’s newest film, and one of his finest, received theatrical release across the country. Like Father, Like Son received a Jury Prize at the 2013 Cannes Film Festival and was a strong contender for the Toronto International Film Festival’s People’s Choice Award.

Many argue that it was the obvious choice for the Japanese film industry’s submission for the Best Foreign Language Film Academy Award (rather than Yuya Ishii’s The Great Passage). It’s easy to imagine this film garnering the same kind of international recognition as Departures, Japan’s previous Oscar winner in 2009.

The film tells of the discovery by two families — one rich, one poor — that their sons were switched at birth. The Nonomiyas are a comfortable professional couple living in a well-appointed but sterile Tokyo high-rise: an ambitious architect Ryota (Masaharu Fukuyama), a devoted stay-at-home mother Midori (Machiko Ono) and their son Keita. When a phone call arrives announcing Keita is not their biological son, the Nonomiyas’ world is turned upside down and they are introduced to a new cast of characters: the amiable underachiever Yudai Saiki and wife Yukari (Lily Franky and Yoko Maki). The Saikis, son Ryusei and his siblings lead an easygoing life in a small apartment above Yudai’s less-than-thriving appliance shop. Dismay gives way to a faltering acceptance and both couples, at first hesitant to force an abrupt environmental and emotional change on their families. The circumstances also force both couples to reexamine the fundamental meaning of parenthood. 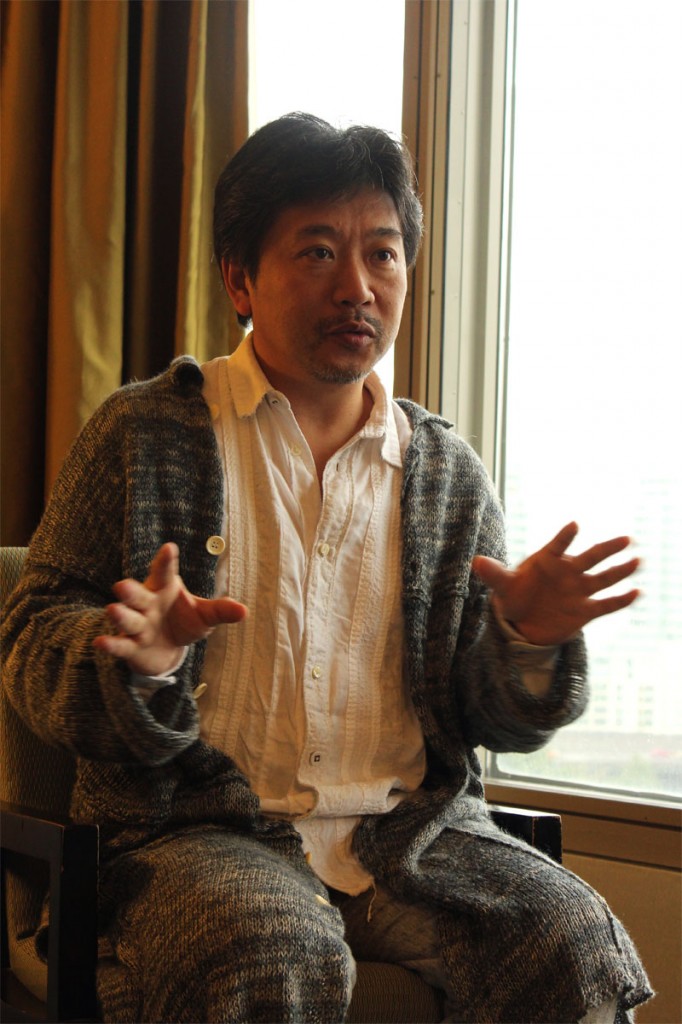 Like Father, Like Son is filled with masterfully understated performances from both adult and child actors. Through the artful assembly of subtle, tenderly-wrought detail and progression of small revelations Kore-eda stealthily builds to an emotional impact that is overwhelming. This is a must-see film.

During the Toronto International Film Festival, I had the chance to sit down with Kore-eda and ask him about his film and his own evolution as a filmmaker.

Nikkei Voice: How did becoming a father yourself affect the way you portray fathers in your films?

Hirokazu Kore-eda:  I could not have made a movie like this if I were not a father myself. I think the growth of the main character is a reflection of my own experience:  the joys, regrets and feelings that are part of fatherhood. I made this film from my perspective as a father.

NV: When it comes to types of Japanese fathers, Mr. Nonomiya and Mr. Saiki represented opposite extremes on the spectrum. Personally where would you put yourself on that spectrum?

HK:  In terms of lifestyle I would definitely have more in common with the Nonomiya central character: the nuclear family, no siblings, living in a comfortable condo.

NV: Many of your past films focused on children (or very innocent characters such as in Air Doll). What made you shift that focus to adult characters?

HK: In my previous film, I Wish the point of view shifted towards adults; it was a film about children but not shot from the children’s perspective (as I had done earlier in Nobody Knows). I think this was an unconscious shift on my part and linked to my own fatherhood.  With the new film, I consciously adopted the adult point of view including the arrogance that implies. I am not saying I won’t make another film from a child’s perspective; however, my perspective will probably mature as I do until eventually I am making films with a grandfather’s eye.

NV: Much of the film centers on Mr. Nonomiya’s emotional evolution but I think the character many audience members will strongly sympathize with is his wife, Midori. Tell us about her.

HK:  At the beginning Midori is the traditional ‘three steps behind’ style Japanese wife, supporting everything her husband does. When the mistake is discovered she is wracked with guilt, blaming herself for not recognizing her own child. But as the film progresses her maternal instincts, and that attendant core strength, come to the fore. 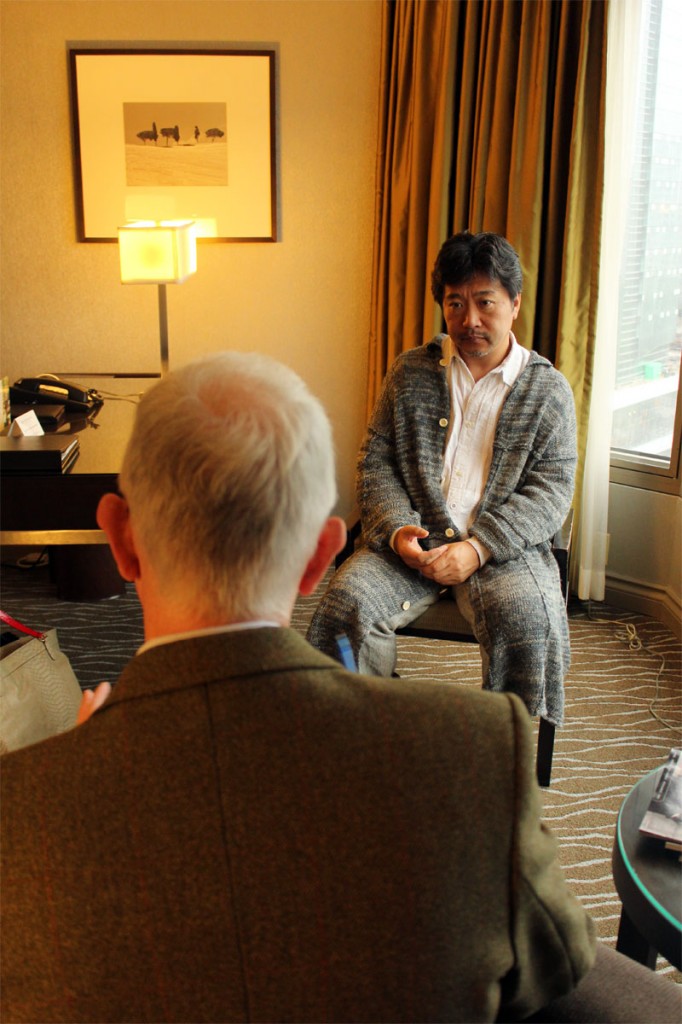 “I don’t want to push my own interpretation onto the audience but in the last scene of the script,” Kore-eda says. Photo courtesy: Kaori Fujishima

NV: The film looks at the “nature vs. nurture” argument and whether our identity is based on our DNA or our environment. What made you choose that as a central theme?

HK:  I was going for an even deeper theme, that is: what is the fundamental connection between a father and a son, and what actually constitutes a “family”. From my own experience, I wanted to explore the connection between father and child – is it based on shared blood or shared time? This was significant to me because of the sometimes limited time I am able spend with my own daughter. When I was filming I Wish I was away from my daughter for one month. When I returned, it seemed as if the “reset button” had been pushed on our relationship – it wasn’t there anymore. She knew I was her dad but we somehow did not know how to interact naturally. When I had to leave again, instead of saying “itterashai” meaning “see you” she said “mata kite ne” or “please come and visit me again”. That was quite a shock. I had become re-characterized as a guest rather than a parent. For the past two years, I spent much more time with my daughter and during that time I have contemplated that issue of time vs. blood.

NV: You have been called the best director of children in modern cinema. What techniques help draw out these great performances?

HK:  (Laughing) I wouldn’t say this is the best way but it has been effective for me. Once I have auditioned the children, I revise the script and base their lines on that child’s own vocabulary and character. This is not a documentary so we have to have a script but by doing it this way, when the child speaks the lines, it is natural and appears to come from within. On the set then, rather than feed them precise dialogue, I would say: “why don’t we say something like this,” then let it happen organically. The young actor we auditioned for Ryusei had two favorite expressions “Oh my God” and “nande” meaning “why?” – naturally we wrote those into the script.  The two boy characters are very much opposites – Keita is very innocent and disciplined and so we tried to make Ryusei more rebellious. Whenever I needed that I simply prompted Ryusei to use his favourite expression “nande.” 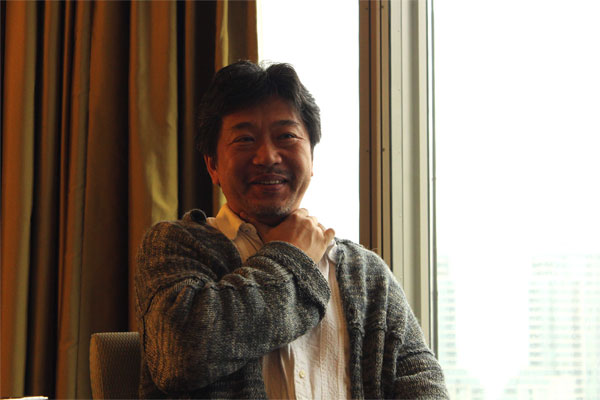 A photo of Hirokazu Kore-Eda taken during his stay in Toronto for the premier of his film. Photo courtesy: Kaori Fujishima

NV: I really found myself invested in these characters and wondered where they would be 10 years from now. What are your thoughts? (Spoiler Alert)

HK: I don’t want to push my own interpretation onto the audience but in the last scene of the script there is a description of the Nonomiyas and Saikis entering the house together that is meant to blur the division between the families and suggest that the raising of the children will be something shared by both. Ten years from now, maybe Keita will be more like his real father– a bit scruffy, economically not too well off. Maybe then, Ryusei will help Keita out financially. It is fun to think about. 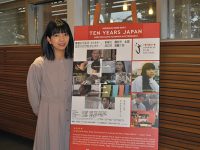 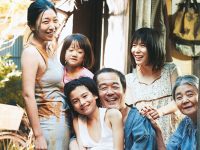 
[…] directors. The stories were curated and produced by award-winning and Oscar-nominated director Hirokazu Kore-eda. Each director was given only one guideline; that the story take place in Japan, 10 years in the […]