So, you want to teach English in Japan? Here’s what you’re going to need to make it 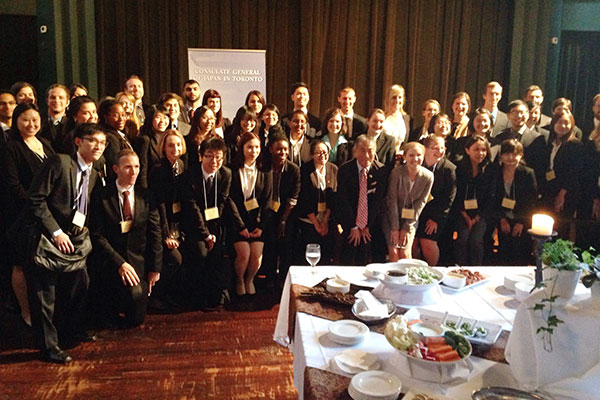 
The 2015 group of Japan English Teachers say farewell at a special event held the day before their departure to Japan. Photo courtesy: Consulate General of Japan in Toronto

Close to 200 Canadians left the country in late July this year to go teach English in Japan.

Some will teach in urban centres like Osaka, Tokyo, and Kyoto while others will stay in rural areas with small communities and smaller class sizes.

These teachers embark on a journey that will bring them in touch with Japan’s culture, its people, and, mostly, its students who are eager to make English their second language.

However, becoming a Japan English Teacher (JET) is a challenging process no matter your qualification. A total of almost 2,000 teachers from around the world journeyed to the country this year alone, but thousands of applicants might have to wait a bit longer to reach Japan.

David Rider, a former JET and  currently the Toronto Star‘s urban affairs bureau writer, didn’t think he would get accepted when he applied in the late 90s.

Before applying, Rider had done his research on Japan and learned what he could to show he had a strong base of knowledge of the country, but his lack of teaching
experience made for an interesting interview process.

“Trying to teach something to someone who has limited or no English skills is challenging,” Rider said in an interview with Nikkei Voice at a JET Programme farewell party held in downtown Toronto. “They [the interviewers] said, pretend this is Shoji, he doesn’t speak any English, and you have to teach him how to tell the time. Go.”

Rider tried his best to explain how to tell the time, but ended up, he admits, to mostly yelling his explanation. Although this part of the interview might not have gone so well, he got the job and flew off to Japan a few months later.

“I had never taught before I went over there,” he said. “And I think the main thing, at least for me, was being adaptable. If there’s a main attribute that they  [the new JETs] can bring back, it’s that.”

From 1998 to 2000, Rider taught English and foreign affairs at a senior high school in Osaka, Japan.

He didn’t speak the language, he didn’t know the traditions, and he admits he didn’t really know what he was doing, but it was an experience that changed the way he looks at the world.

“Today, I have met people from all walks of life,” Rider said. “It [my experience] certainly makes me appreciate and understand differences, and what I referred to in my speech was that in journalism I always try to understand what people are saying. They’re doing me the favour of granting me an interview, but at the same time you’re weighing their motivations,” he said.

“Why are they talking to me? Do they have an axe to grind? I ask, what background are they coming from, and I’m trying to be culturally sensitive to it,” Rider said. “Being in Japan where you’re dealing with people every day with a different world view, it definitely helps.”

After he returned to Toronto, Rider worked with Sun Media freelance for a short time before working with the CBC, and ultimately with the Toronto Star where he’s been for over 10 years.

There are a lot of other hurdles a potential JET needs to hop over before they’re accepted into the program itself.

Marcia Iwasaki works with the Consulate General of Japan and was an Assistant Language Teacher (ALT) for five years. She also communicates with all potential JETs who are applying for the program.

“I think a really important thing is to know what the program is about,” Iwasaki said in an interview. “You really have to think about if it’s a good fit for you and your future goals.”

She says that applicants have to think about what it takes to be a good teacher in Japan. 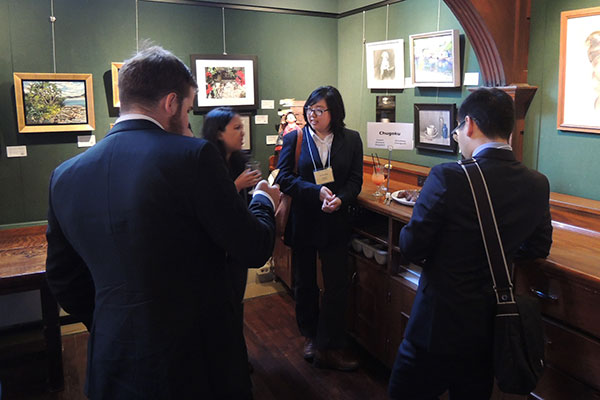 Newly-minted Japan English Teachers at a farewell reception held for them in downtown Toronto a day before they left. Photo courtesy: Consulate General of Japan in Toronto

“I think the ability to deal with a situation that’s not crystal clear is important too,” Marcia said. “Here we’re raised with someone telling you to do this or do that, but in Japan you need to be able to read in between the lines.”

“There are a lot of non-verbal cues and someone who had experienced things that have helped up their level of emotional intelligence is very helpful,” she said.

For applicants who didn’t make it to Japan this year, the next application date will be available in early 2016.

Former JETs encourage applicants to make sure they gain some teaching experience and learn about Japan’s culture.

The journey to Japan is filled with opportunities for growth and exploration, but so too is the application process to becoming a teacher in the country. Work hard, and you will succeed.