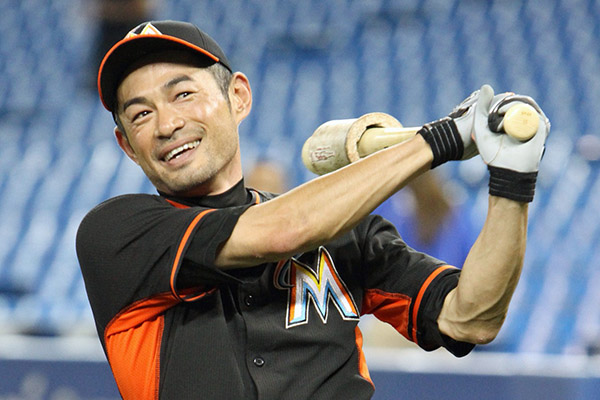 MIAMI – Ichiro Suzuki, who is one of the most well known Japanese players in Major League Baseball, recently made his 2,873rd hit in a game against the Arizona Diamondbacks.

With this hit, Suzuki ties Babe Ruth reaching the 42nd spot overall in the all time most hits in the MLB. It is also the greatest record achieved by a Japanese baseball player in the league.

Playing as he is now with an average of .294 and a relatively high hits allowed for his age, Ichiro could easily make it to 3,000 hits by the end of his career. If he reaches that number, he will reach the 20th bracket in the all-time hits.

Many of his fans hope he will be able to accomplish this feat because of how unbelievable his career has been so far. At the World Baseball Classic in 2009, he made the game-winning hit in the final match. He’s also managed to reach an average of 200 hits per season during his 10 years in the MLB, not an easy feat for any player.

Additionally, he is now the third oldest player in the MLB. He is 41 years old with LaTroy Hawkins, who plays for the Colorado Rockies, being his senior at 42 years old.

In Japan, the average age of retirement for players is typically 29 years old and, it’s obvious that he’s well past that. When Suzuki decides to retire, it will be interesting to see what he will do next.

Ichiro Suzuki is arguably the greatest player to come out of Japan and his professional career is something to be admired.