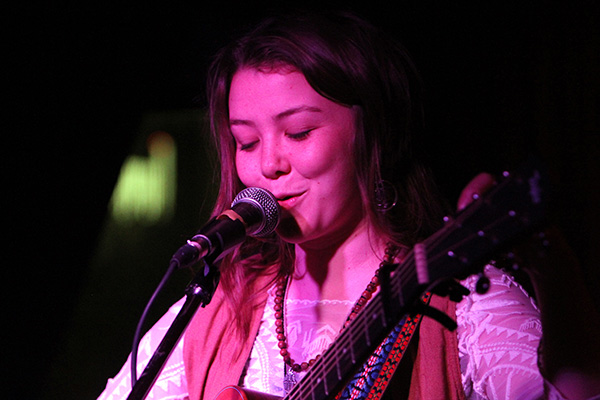 Annie Sumi, 22, is on three-month tour of Ontario right now and gaining momentum with each show. Photo by: Jon Eto

Canadian Music Week took over downtown Toronto from May 2-8 featuring over 800 artists from 30 different countries. Now in its 34th year, it is Canada’s biggest New Music Festival. While it focuses on live music, it also features a comedy festival, film festival, trade show, award show and most importantly an industry conference on the business of music.

Highlighted with big names like Canada’s Tegan & Sara, the Strumbella’s, Lights and others, it’s also an opportunity for networking and showcasing rising new artists like Annie Sumi.

Annie, who hails from Whitby, Ontario is a singer and songwriter of half Scottish and half Japanese descent. At 21, she released Reflections, her debut album, an eight-track folk-indie gem with accents of alternative country. It was well received and charted for 10 consecutive weeks on college radio and received airplay on CBC Radio 1, earning her a nomination for Best Singer Songwriter at the Toronto Independent Music Awards in 2015.

Now 22, Sumi has been building her fan base and is in the middle of her three month long tour of Ontario. Gaining momentum with each show, she is nominated for the upcoming Hamilton Music Awards later this month for Best Contemporary Album of the Year and Female Artist of the Year.

On stage, her voice is just as angelic as on her album, but her onstage presence brings her music to life. Her personality shines in her live performances and you feel her passion and hear how dynamic her voice can be.

From a request in the crowd, she sang “Metta”, an original recording not on her album and is a sign that this artist has great potential and that we have much more to look forward to.

Let’s support her as she tours Ontario and BC this spring and summer. Visit her website for further tour dates and listen and/or purchase to her music and see videos at www.anniesumi.com, bandcamp.com, soundcloud.com, YouTube and iTunes. 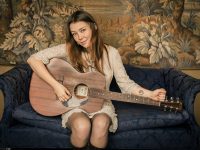 
[…] a real affirmation of the direction I am taking,” says Sumi. “It’s such an honour to be nominated for this award with people that I’ve looked up […]