Is Avril Lavigne’s Hello Kitty racist? A Japanese-Canadian look at the controversy 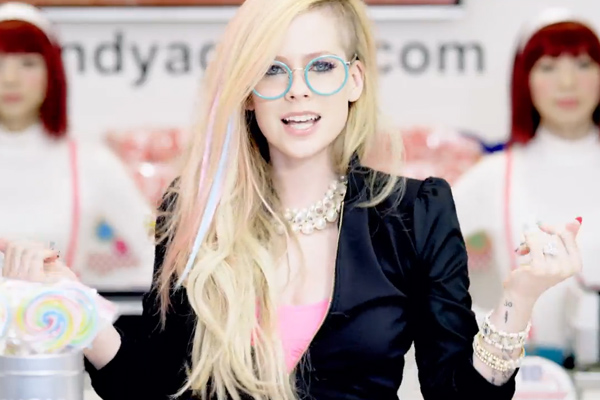 Earlier this week, Canadian pop-singer Avril Lavigne released a video that for all intents and purposes was a silly song about her love of Japan and the anime character Hello Kitty.

Accusations of racism and cultural appropriation soon followed with Twitter users crying out over the misrepresentation of Japanese culture in the song’s video and lyrics.

The question, is it racist?

Is it a bubbly, silly, pretty horrible sounding song? Maybe, but do Hello Kitty references, bright colours, and pop music a racist video make? No. “Minna Saiko Arigato” can even been loosely taken as her thanking Japan for being such a great audience.

Unlike purposefully controversial artists like Miley Cryus who screamed out for people to take offense over her move from Family Channel pop star to adult singer, Lavigne was surprised to see how outraged the public was and she took to Twitter to defend her video.

RACIST??? LOLOLOL!!! I love Japanese culture and I spend half of my time in Japan. I flew to Tokyo to shoot this video…

…specifically for my Japanese fans, WITH my Japanese label, Japanese choreographers AND a Japanese director IN Japan.

I can’t help but bring up that as a half-Asian I don’t find this video racist. The video and song do not appeal to my taste in music, but this didn’t make me feel bad about my Asian side.

Is Japan more than bright colours, candy stores, and over-sized birthday presents, yes. Is there some kind of hidden, racist message within the video? No.

That being said, I grew up in the 1990s faraway from the culture of discrimination that existed, amd still continues to exist, against Asian populations around the world.

Many Japanese Americans and Japanese Canadians from older generations might see this video as mocking their heritage and culture, but those viewers also have to take into account Lavigne’s history with Japan.

In 2012, Lavigne contributed to the original sound track for One Piece Film Z. The anime’s creator struck up a correspondence with Lavigne and both sides agreed that they wanted to collaborate.

Like many other musicians, Lavigne has found herself an audience in Japan. There are a whole host of Western musicians who both live and work in the country because they have found people who appreciate their music. For instance, is this racist?

The singer’s here is Himeka (real name Catherine St-Onge) from Quebec, Canada. One’s immediate reaction might be, “Oh, well she’s speaking Japanese, so she can’t be racist.” While being able to speak the language does show an appreciation for the host culture, do we indict artists like Himeka for appropriating Japan’s words, images, and culture as racist? They’re embraced by their fanbase for being good singers and performers, not as people tearing apart Japan brick by brick.

Does creating one song for an anime soundtrack make Lavigne a cultural icon in Japan? Not really, but she’s probably spent more time in the country appreciating its culture than most of us have.

So then why does Lavigne get thrown under the appropriation bus?

Whenever a non-Asian artist appropriates the sounds, symbols, or images from an Asian culture there is an immediate backlash from the public. The reason for this comes from a deep history of racism against Asian cultures.

When Katy Perry took to the stage at 2013’s American Music Awards, her fusion of Asian music, instruments, and fashion immediately resulted in a firestorm of rage.

One side vehemently defended her act as her showing her appreciation for Asian cultures while the other lambasted her for recklessly slamming together Asian imagery. Lavigne’s portrayal of Japan could be seen as uneducated and stereotypical as Perry’s, but there’s a difference between the two examples.

Racism against the Japanese is something that has existed for a long, long time and spans across cultures. During and in the wake of the Second World War, Japanese American and Japanese Canadians found themselves ousted from their homes accused of being enemies of their home country.

While the Japanese Americans were eventually able to return to their homes, the Japanese Canadians had their possessions were sold off and only in 1987 did they receive a formal apology from the Canadian government.

Can you imagine Canada today carting off an entire population of Asian Canadians to detention camps? Once upon a time, the world was quite a different place and the heralds of institutionalized racism still exist.

When a pop singer like Katy Perry takes two distinct Asian cultures and puts them together haphazardly in a song celebrating the American identity, you can be sure that Asian American groups would be outraged.

With the history of discrimination against them still raw, how can you expect to have an artist come up on stage, sing a song that makes it seem like Asians are totally content in American, and pretend to get away with it?

Lavigne’s song – as read from the lyrics – is about a slumber party… so there’s your difference right there.

Do you want to see a real racist portrayal of the Japanese?

This scene is taken from Breakfast at Tiffany’s, a film directed in 1961. The fumbling and bespectacled Japanese man in the film is named Mr. Yunioshi, portrayed by Mickey Rooney.

The film received universal praise and is still considered to be one of Audrey Hepburn’s most recognizable roles. It was even deemed cultural, aesthetically, and historically significant by the United States Library of Congress, yet Mr. Yunioshi is one of the most racist portrayals of the Japanese to date.

Why is it racist? Because behind the appropriation of the Japanese mask Rooney wears there is no redeeming quality, there is no appreciation, and there is excuse for his being in the film other than him existing in the novella.

When the term racism is thrown around in Japanese culture, examples like Mr. Yunioshi are the first to pop up in my mind. I think of examples that are negative caricatures that we know today aren’t true.

Can you put Mr. Yunioshi and Avril Lavigne’s video on the same scale? Not really.

Is her video silly and kind of weird, yes. Is it racist, no.