Is it racist to want sushi chefs to be Japanese? 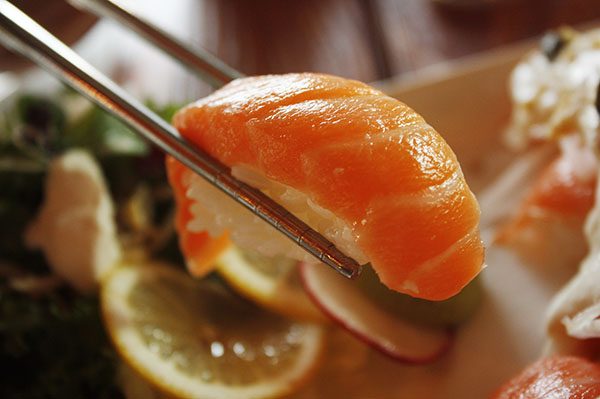 
The caliber of a chef’s sushi has more to do with passion and expertise than race or ethnicity. Photo courtesy: Pixabay

The colour of your skin has nothing to do with making good sushi.

In 2013, a Seattle sushi restaurant, Mashiko, posted an open letter on its website saying that people who criticize the restaurant for having non-Japanese employees are bigots.

“Stop being an ignorant racist,” the letter said, after noting that the restaurant is Japanese-owned and there are Japanese as well as non-Japanese staff.

The letter also defends one of the restaurant’s most popular chefs, a Caucasian woman, who’s worked there for 12 years and has a loyal and devoted following.

“Should you refuse her fare based on her gender or race, you are an absolute fool,” the letter states.

I feel for the staff and owners of Mashiko, and I’m surprised that diners in such a great foodie town as Seattle would be so unsophisticated that they’d make decisions on food quality on a racial basis.

Still, I think this is a much more complicated discussion than just bigotry (though that’s part of it, for sure).

I have to admit that I am wary when I enter Japanese restaurants where the floor and kitchen staff are not Japanese. I make the same judgments of most ethnic cuisines — I like seeing Italians in an Italian restaurant, Mexicans in a Mexican restaurant, and yep, French in a French restaurant.

It’s been years since I’ve had anyone who’s not Latino serve me at a Benihana, for example, and their food is still pretty darned good (mostly because it’s been formularized down to a science, including the same bad jokes from years ago).

It all depends on training and passion. A good friend of mine from my New York art school days is now a master chef in Seattle (teaching young gourmets at the Art Institute) and I know his food is authentic no matter which cuisine he chooses to cook, or mix and match into a fusion style. When he began his career as a chef, he was so good at Asian-influenced cuisine he was hired by Chef Roy Yamaguchi to travel the world and open Roy’s restaurants.

I’m sure a Caucasian woman can make terrific sushi (though in Japan there’s a myth that women can’t make sushi because their hands are too warm, but that’s another story about prejudice!).

Having said that, I’ve been to lots and lots of ethnic restaurants that are run by people who are not the ethnicity of the food they serve, and they’re just cashing in on a fad.

Are there Japanese restaurants run by Japanese that are awful? I’m sure there are. I’ve certainly dined at some that I wouldn’t return to.

I have had a lot of awful sushi over the years, and the fault isn’t so much ethnic differences but simple lack of training, education and cultural sensitivity.

The worse offenses and obvious signs of fakery: rice that’s either overcooked or undercooked, using cheap nori that’s hard to bite through, or using cheap nori and not toasting it correctly, or not toasting it at all. Not using sushi vinegar in the rice. Putting a huge mound of wasabi on the plate, or serving wasabi with “California rolls,” other “futomaki,” or inari sushi, which don’t need wasabi and soy sauce.

Does Mashiko in Seattle have to have an all-Japanese staff to serve good sushi, and authentic Japanese food? Nope.

In Denver, many sushi places are run by Koreans. In fact the best sushi-to-go is made by a Korean family who runs a counter within a large Korean supermarket. This family makes the sushi that’s sold at the one Japanese grocery in downtown Denver.

In the end, you can’t judge sushi by who makes it. You have to judge it by its taste, quality and authenticity. I have my prejudices, and I’m willing to admit it. But I’m also willing to give places a try to see if the food’s good.

If it’s tasty and authentic, it doesn’t really matter to me who makes it and what color they are.

Mindfulness in the city: Shoshin or beginner’s mind
February 19, 2021 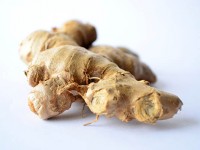 Beat the flu and cold season this year with ginger
December 15, 2015 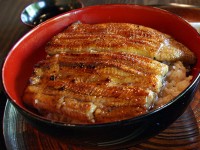