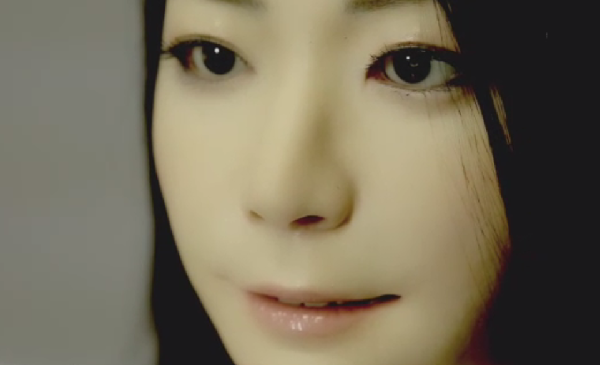 Step aside Peter Mansbridge, there’s a new anchor in town.

At the National Museum of Emerging Science and Technology in Tokyo, Japanese-built ‘Otonaroid’ and ‘Kodomoroid’ were unveiled as the ‘first’ working androids who could work as newscasters.

Osaka University professor and robotics expert Hiroshi Ishiguro has been making lifelike robots for the past 20 years. He believes that projects like this are the first steps in developing androids who can work alongside people.

“Our goal is to promote and put to use various robots that can be useful in a large range of fields in society,” Ishiguro said during the presentation.

“Making androids is about exploring what it means to be human,” he told reporters, “examining the question of what is emotion, what is awareness, what is thinking.”

During the presentation, the androids lip-synced a news report and used various hand gestures while reading statements. While this is a far cry from what we might be used to see in science fiction, the usefulness of these robots is slowly becoming science fact.

Ishiguro said that Japan currently leads the world in creating playful robotics and that “Pepper” recently released by cellphone provider SoftBank is a perfect example of how robotics is slowly becoming a fixture in society.

But whether or not the androids dream of electric sheep has yet to be confirmed.