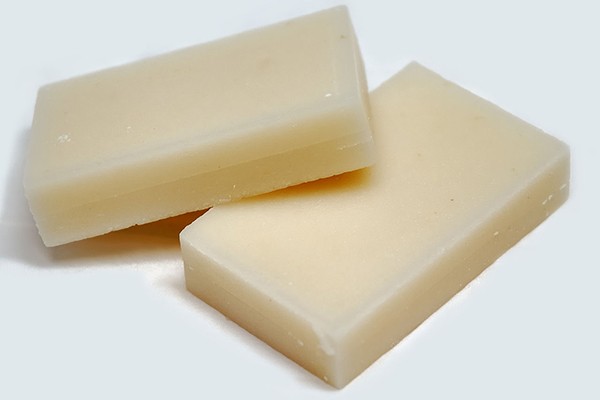 TOKYO — At least nine people were reported to have choked to death on mochi at new years and officials are warning people to chew the treat slowly, according to the Associated Press.

Every January, officials warn about the potential hazards of the sticky treat. Made from pounded rice, mochi usually starts out frozen and is then baked until the outside is hard and the inside is soft.

Despite warnings, a few elderly eaters will die every year and many more will be sent to hospital. The Yomiuri Shimbun reported last Friday that at least 128 people were sent to hospital suffering from blocked airways, which makes this one of the worst years for mochi-related incidents.

Mochi isn’t a food you would eat every day as it’s seen more regularly at street festivals or around new years. Neighbours will also get together to make their own, but the homemade version will often be sticker than the store bought, which is the danger.

“According to data compiled by the health ministry, 4,407 people died by choking in 2006,” reads an article from The Japan Times. “By age, about 85 percent were over 65… By type of food, ‘mochi’ pounded rice was the top culprit.” According to the mochi trade association, Japanese people will consume 1 kilogram of mochi a year.

According to figures found by The Japan Times, January 2015 is looking to be one of the worst years for the treat:

Last new year [2012] two deaths were reported from choking on sticky rice cakes and a further 15 people were rushed to hospital in mochi-related incidents. In 2011, at least eight people died, most of whom were over 70, and another 18 were taken to hospital. Between 2006 and 2009, 18 people died from mochi choking in Tokyo alone, according to fire department figures.

While the rates of choking deaths may seem high, a 2011 US National Safety Council report showed that more than 4,500 choking deaths were reported across a variety of ages in the United States. In the European Union, approximately 50,000 children will have a choking episode every year, mostly due to small toys. And in Canada, choking is responsible for 40 per cent of unintentional injuries in infants under the age of one.

Unlike other areas of the world, however, Japan’s mochi problems generallly puts the elderly at risk rather than infants. Companies like Osaka-based Fukunao Medical Foods have attempted to help by creating a version of the treat that’s easy to swallow and made possible through the use of an enzymes that reduces the rice’s sticky texture.

Another medical firm started to sell special nozzles that could be attached to household vacuums that could suck the rice out of a choking person’s throat.

But Japanese officials have much more practical advice, cut the mochi into smaller pieces and then eat it.

Featured Image: Prepared mochi before cooking, but it can be fried and baked. Photo courtesy: WMC 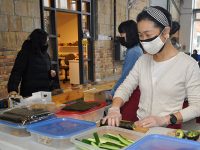 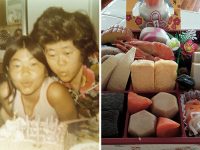