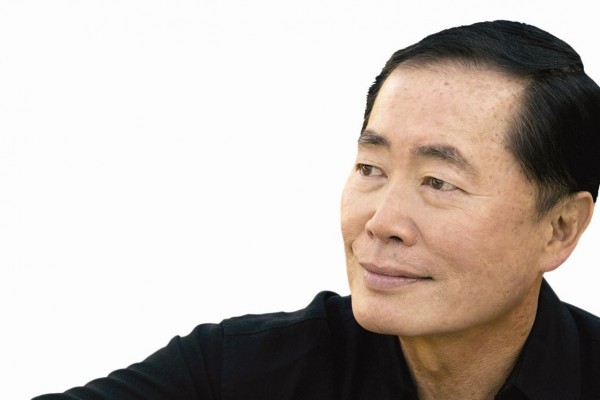 More than 100,000 attendees gathered this year to show off their costumes and meet the stars. And among the guests was Japanese American actor George Takei.

Known best for portraying Hikaru Sulu in the original Star Trek and for his vivacious social media presence, Takei has become a superstar worldwide, but he’s also known for his social justice advocacy.

In early August, Takei signed a petition to bring the Olympics to Vancouver to protest anti-gay laws passed in Russia. With 160,000 signatures, the petition is a bold statement to Russia’s lawmakers.
“The obvious place to move it to is where it was last hosted so successfully by Canada in Vancouver,” said Takei. “Some of the venues may have been converted like the Olympic Village, but you don’t listen to the naysayers.”

The campaign is still in the works, but as he said during our interview his life of activism and advocacy is informed by his formative years interned during the Second World War .

“I remember the barbwire fence and the sentry towers, the machine guns pointed at us. They became part of the landscape as far as I was concerned,” Takei said in our interview.

“I think in many respects the internment did influence and shape my life although I was a child when I was incarcerated,” he said.

Like 127,000 other Japanese-Americans, Takei was placed into an internment camp after the outbreak of the Second World War. With his parents, and younger brother  and sister, he spent most of his childhood at Camp Rohwer in Arkansas and then in Tule Lake in northern California.

It was a life of hardship with three meager meals a day in a noisy mess hall, but for a young Takei it was a kind of home. When his family was able to leave the camps, they moved back to Los Angeles, but their former home was nothing like how they remembered it.

Their new home was on Skid row where lines of hungry workers wilted and poverty abounded. It was a traumatic experience for Takei and his siblings. After years of moving around the United States, his family settled down in East Los Angeles near to the Mexican Bayou. There he learned to speak Spanish and has found an appreciation for Mexican food and culture that he still has to this day.
And it was there Takei found his passion for politics.

“It was easy for me to slide into being a teenager and run for student body offices, but my father was there to give guidance,” Takei said speaking of the conversations he engaged his father, Takekuma ‘Norman’ Takei , in after dinner at home.

“During one of those after-dinner conversations he said, ‘Our democracy is a people’s democracy and it can be as great as a democracy can be, but it can also be as fallible as people are.’ Because of that our democracy is vitally dependent on good people being actively engaged in the process trying to hold democracy’s feet to the fire and guide conflicts to the right ends. I really took that statement to heart,” said Takei.

It was his father who pushed Takei to run for student body president at Mt. Vernon Junior High School , and he won.

“I got hooked on politics,” said Takei.

After Junior High and High School, Takei embarked on secondary education as a theatre arts student at UCLA. At the time there weren’t trained actors, per se, in Hollywood, especially among ethnic minorities.
What there were, says Takei, were Asian faces for hire. He describes a time where Hollywood producers would go down into Little Tokyo or China Town to find evil-looking Asians to play the villains and obsequious-looking ones that could be cast as servants.

“They would do exactly as told and they were perpetuating the stereotypes that existed, so they weren’t offered substantial roles,” said Takei. “When there were roles that came up which required a trained actor there wasn’t a competition. That was both an asset and an embarrassment.”

Takei found his first major roles on television in shows like Perry Mason, the Twilight Zone, and Playhouse 90, but in 1966 he portrayed one of the most well-known Japanese characters on television: Hikaru Sulu. 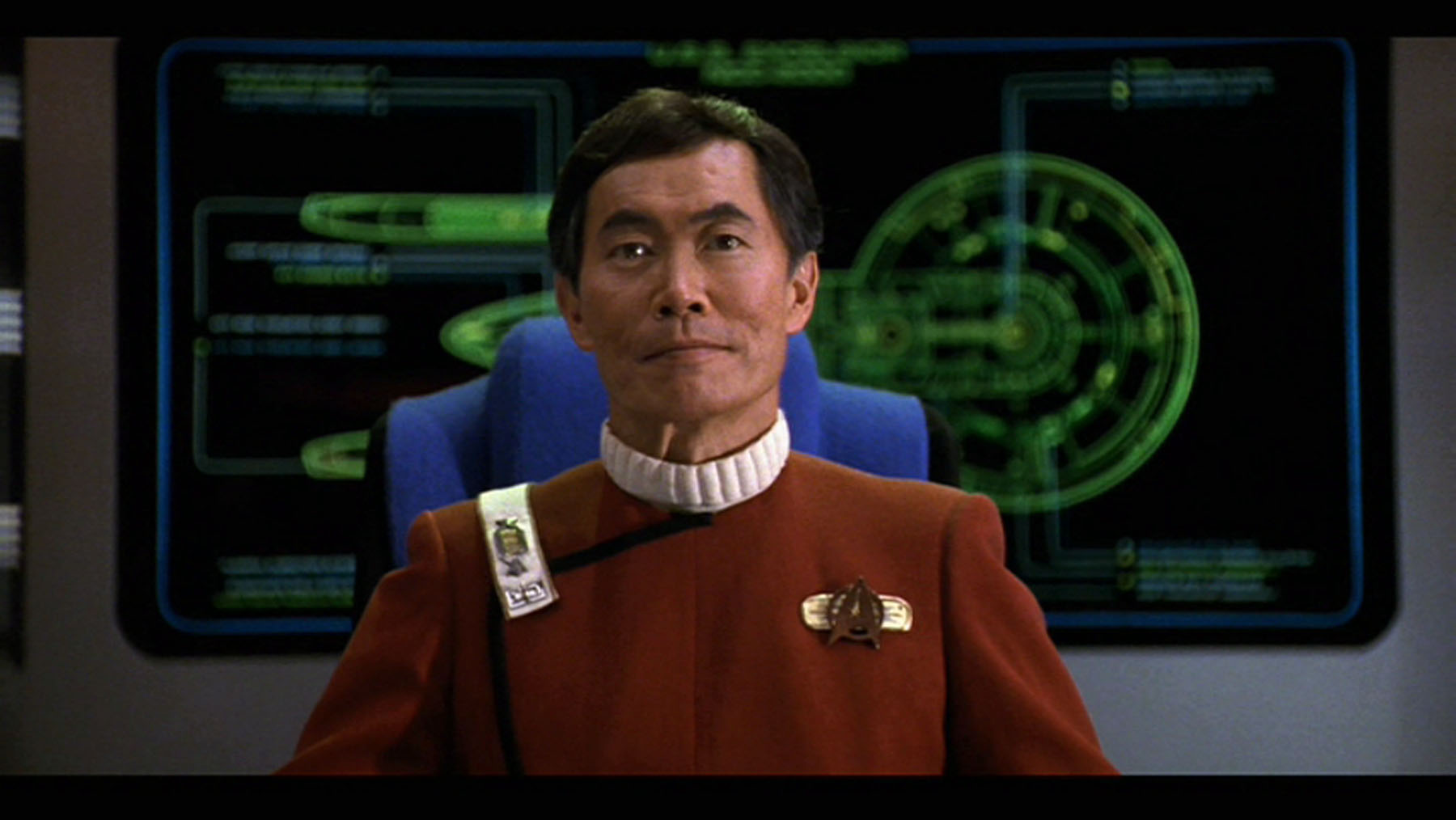 Not only has Takei’s portrayal of the helmsman of the Starship Enterprise given him a worldwide audience who adores his work in science fiction, it has also given him a chance to speak out to thousands of people about other issues as well.

With close to 800,000 followers on Twitter, Takei has enormous reach with his audience, but it was an unexpected development.

“I have a whole new expanded fan base from my social media work, and the whole success I’ve enjoyed has been a big surprise to me,” said Takei. “I started it primarily to raise awareness of other Americans on the internment and to build an audience for Allegiance. It’s given me a whole different platform from which to speak.”

Allegiance is an epic story of love, war and heroism set during the Japanese American internment of World War II, following the story of the Kimura family in the weeks and years following Pearl Harbor. The show stars Lea Salonga as Kei Kimura, Telly Leung as Sammy Kimura, and George Takei as the elderly veteran Sam Kimura.

Even with the show’s success, breaking San Diego’s Old Globe Theatre (77 year record of box office sales and attendance, Takei is still surprised how few people know about the internment. After the release of his autobiography, he went on a tour across the United States and he noticed how many people learned about the internment only after reading his book.

“People don’t know about the interment and that’s why we have to go out and speak and write about the interment,” said Takei. “We developed Allegiance on that very topic. This is a way we not only educate, but make the story human and to humanize it.”

Now the play is headed for Broadway where it will have an even larger audience.

After years of work as an actor and an activist, Takei is still fighting for his political ideals following the words of his father.

“My father’s guidance that gave me my life mission of being an activist,” said Takei. “We have to humanize our story and people should not just know about it, but feel the human anguish.”

Takei continues to be a staunch advocate in a number of political causes, and top among them is taking away Russia’s shot at the Olympics, but behind his ideals is the shared history of the Japanese in North America.

This article was republished from Nikkei Voice’s September Issue. 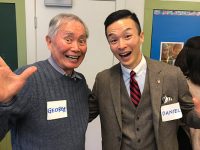 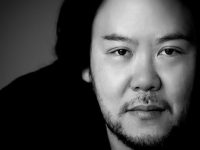 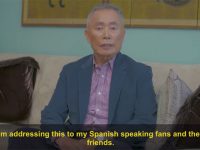 
[…] to break into mainstream Hollywood, he opened many doors for actors, of all visible minorities.  Takei has been a tireless activist for the education of social justice and human […]