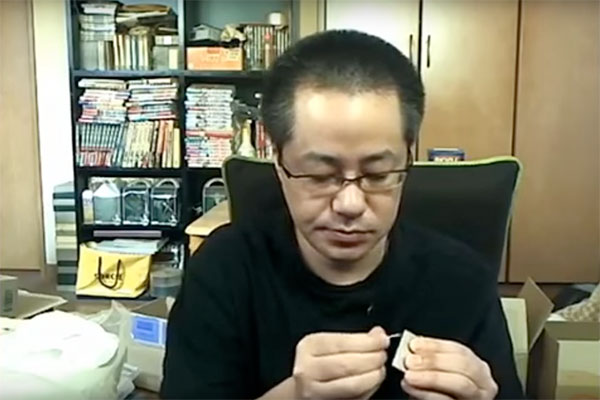 By: Hiroki Kitani and Riku Kawahara

A video of a Japanese man who set his house on fire while live streaming a video game has caused a spike in the sale of fire extinguishers on Amazon Japan.

Fire extinguishers at one point were selling at 140 times more than normal and still rank the highest in the Home and Kitchen category following the original video that was played over 3 million times on YouTube.

The fire broke out when Daasuke, a 40-year-old streamer who posts on website Kukulu, used a new oil-based lighter for the first time on camera.

After struggling with the device and admitting he doesn’t exactly know how to use it, the lighter erupts and ignites a garbage bag filled with paper and a cardboard box beside him.

He frantically throws the lighter away and tries to discard the plastic bag, but that only makes things worse. He tries to douse the flames with water, but it’s not enough and the billowing smoke soon clouds the camera’s view.

According to a news report, the lighter caused the second floor of the home to catch fire. Daasuke and his mother, father, and relatives living in the house sustained minor injuries.

It’s a shocking reminder of the importance of being prepared for anything at home, which many Japanese consumers are now obviously contemplating with the spike in fire extinguisher sales as evidence.

The streamer has not updated his website since the video was uploaded online and his Twitter has been set to private.