Bringing a Japanese tradition to Canada: how a traditional New Years meal brings people together 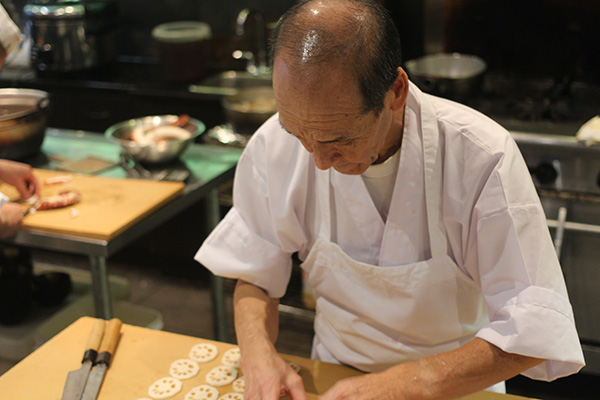 TORONTO – Takeshi Okada cuts lotus root inside the kitchen at Sushi Kaji in Toronto’s West end. He cuts with the utmost precision to ensure that they’re all the same width. The little details, he says, go a long way.

The root is an ingredient in a traditional Japanese dish many might not be familiar with, but Okada has kept up the tradition since immigrating to Canada 35 years ago.

Okada keeps Japan’s traditional meals close to his heart and every year since he started working as a chef 45 years ago, he’s made Osechi for New Years.

“I wanted to make Osechi to thank the people who have taken care of me over the years,” Okada told Nikkei Voice in an interview. “And then we started making Osechi for customers, who are Japanese and also Canadians, so you could say there’s a lot of demand,” he laughs.

“I’m also making it for my coworkers,” Okada says. “But as you know, here in Canada it’s difficult to find the materials to make Osechi. It is only possible after spending enough a lot of time working on it.”

Many of his co-workers are people who have left Japan to work or study in Canada. Osechi is usually made during the holidays and around this time he noticed that a lot of the younger people missed having the traditional meal around the New Years.

“I don’t think of it as hard work though because it’s my job and also my hobby,” he says. “I’ll never forget how to make Osechi and will keep making it every year.”

Osechi is made up of a number of dishes including Kuro-mame (black soybeans), kazunoko (herring eggs), tazukuri (dried sardines in soy sauce), kouhaku-namasu (radish and carrot), kobu-maki (seaweed), and ebi (shrimp). 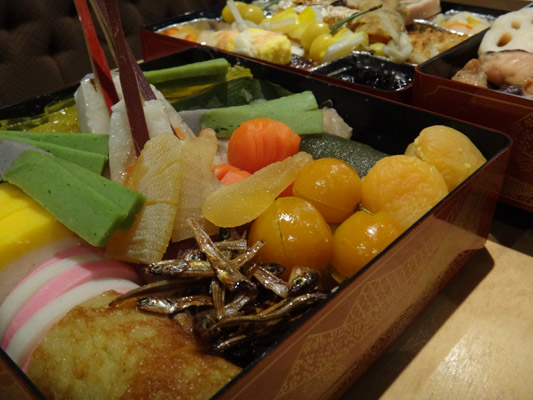 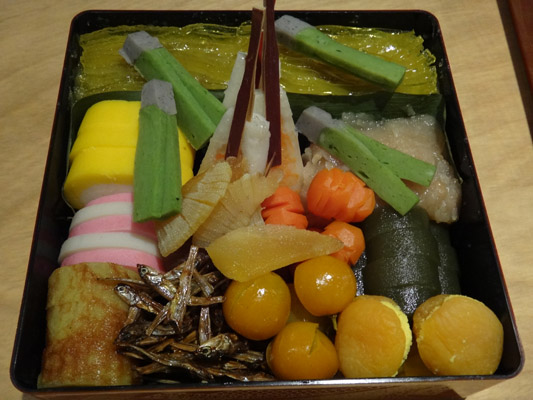 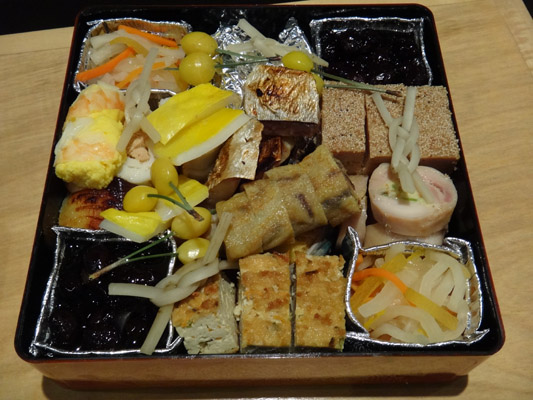 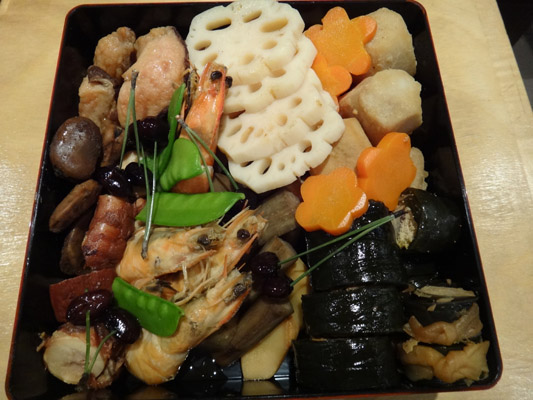 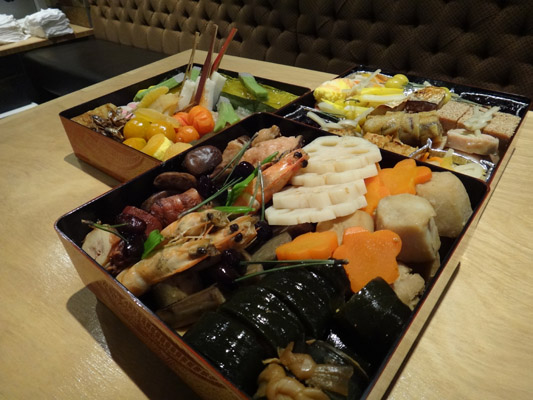 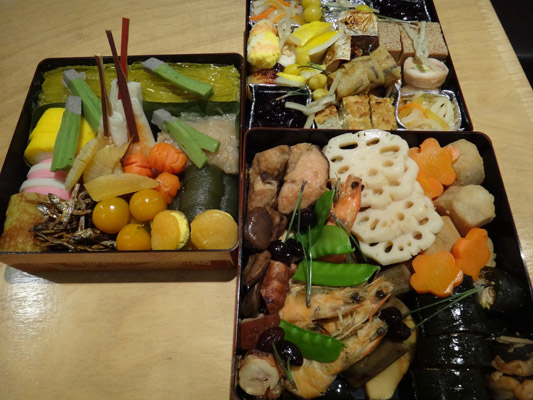 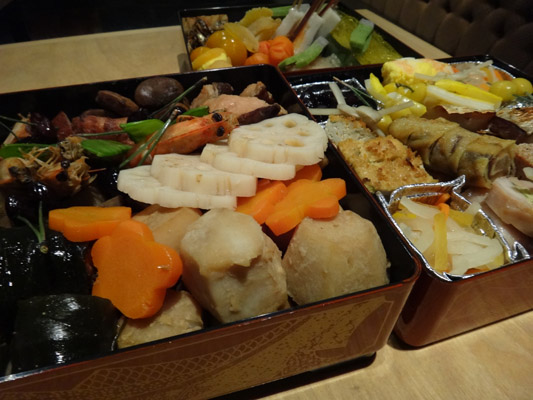 The tazukuri represents the hope for an abundant harvest in the New Year and the kuro-mame symbolize good health.

The New Year in Japan is a time for people to spend time together with their families, but it’s also a time to eat amazing meals.

Okada hopes that Japanese Canadians will help keep this old tradition alive by trying to make Osechi, but most of all he hopes it’ll help bring families and friends together.