Mujirushi Ryouhin (most commonly known as Muji) is finally coming to Canada.

The popular Japanese retailer will open its first store across from the Eaton Centre in Toronto, opening December, 2014, along with two additional shops that are slated to open by the end of the following year.

Muji sells various kinds of products, such as food and beverages, casual and formal clothing, furniture, household commodities and so on. But most importantly to its business, it offers all of this at a very low price. In other words, you can practically get whatever you need shopping at Muji.

Even though Muji is a Japanese firm, it announced that it’s expecting to operate more stores abroad than in Japan by 2017. They have large markets across Asia and Europe, and also have four branches in New York. To sum it up, they are managing 286 shops internationally so far.

Muji may not be well-known by many Canadians, but it is one of Japan’s most celebrated companies, which has also made its mark around the world.

How is Muji different from other Canadian retailers?

The first being, they choose quality materials at a low price, the second is that they periodically have inspections to trim useless operations and the third is that Muji simplifies packaging. These have led to reasonable prices and products that are suitably designed and able to integrate into the lives of customers.

In short, they put the first priority on being efficient and running a lean business model.

I’ll introduce one example to cultivate a better understanding.

Muji’s face towels are not apparently different from usual towels that other retailers sell. However, it has square slits, allowing it to be cut divided into individual small parts. Customers can use these as rags to clean up floors after the towels become worn-out.

When it comes to face lotions, Muji picks 100 per cent natural water from mountains in the Iwate prefecture. In addition, their lotion doesn’t include any scent, coloration and alcohol. As you can see, they have removed all fancy decorations and packaging, so it is inexpensive, despite its high quality.

In this manner, Muji has useful ideas that makes life more affluent and plentiful through their products’ simplicity and outside of the box thinking.

While bad news regarding the Japanese economy tends to be the norm these days, Muji is a breathe of fresh air that’s likely to continue its movement around the world. Toronto’s just next on their list. 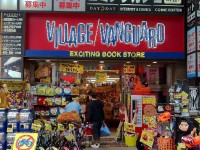 We predict five Japanese companies that could make it big in Toronto
April 9, 2015

Do you know “Eki Kan”? These micro-businesses are flourishing in Japan and here’s why
August 8, 2014 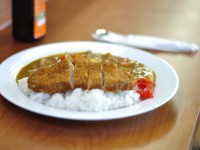 
When my partner and I were traveling in Tokyo several years back we discovered Muji and loved it.
I even wrote them and asked when they were planning on coming to Canada?

I can only hope they will bring their packets of squid ink to the Toronto store.


Squid ink?! And a few of us here are really looking forward to having the store here in the city along with Uniqlo that’s opening up sometime next year.