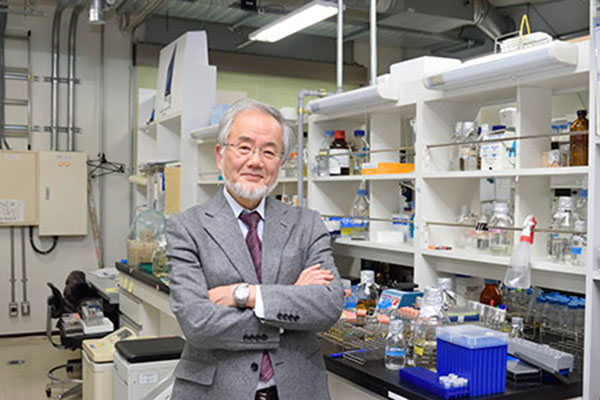 Japanese cell biologist Dr. Yoshinori Ohsumi was awarded the Nobel Prize in Medicine on Oct. 3 for his work in autophagy. Photo courtesy: Tokyo Institute for Technology.

Yoshinori Ohsumi from Japan was awarded the Nobel Prize in Medicine on Oct. 3. Dr. Ohsumi, a cell biologist and professor at the Tokyo Institute for Technology, was recognized for his work in autophagy, which is the process in which cells recycle their own content.

2016 Medicine Laureate Yoshinori Ohsumi in his lab, just after receiving the news he is awarded the #NobelPrize pic.twitter.com/sF2sZqez3n

Autophagy, a Greek term that means ‘self-eating’ is the process in which cells recycle used or unnecessary components and reuse them for energy. The process was discovered in the 1960s, but poorly understood for decades afterwards.

“When I started my work, probably every year, 20 or less papers appeared on autophagy,” Dr. Ohsumi said in an interview with Nobel Media, shortly after learning he won the prize. “Now more than 5,000 or something like that [papers each year]. It’s a huge change within probably these 15 years or so.”

Dr. Ohsumi’s work during the 1990s revolutionized autophagy, establishing the field and inspiring hundreds of scientists to study the process and field. This was the reasoning behind the Nobel Committee choosing Dr. Ohsumi.

“Without him, the whole field doesn’t exist,” Seungmin Hwang, assistant professor of pathology at the University of Chicago, told the New York Times. “He set up the field.”

Autophagy ”self eating” is a process for degrading and recycling cellular components #NobelPrize #Medicine pic.twitter.com/glNWLPjxHe

Autophagy is how cells maintain their health. Cells that are unable to do this process correctly have been linked to Parkinson’s and Alzheimer’s disease. Dr. Ohsumi isolated 15 genes needed for autophagy, by studying cell components in yeast.

“All I can say is, it’s such an honor,” Dr. Ohsumi told NHK at the institute after the announcement was made that he won the Nobel Prize. “I’d like to tell young people that not all can be successful in science, but it’s important to rise to the challenge.”

Below Professor Juleen Zierath explains the importance of Dr. Ohsumi’s discovery. Dr. Zierath is a professor of integrative physiology at the University of Copenhagen and member of the Nobel Committee for Physiology or Medicine.

"He showed was that it (lysosome) wasn´t a waste dump, it was a recycling plant." https://t.co/R4w0EOUY1C 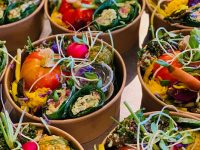 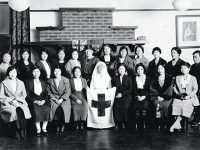