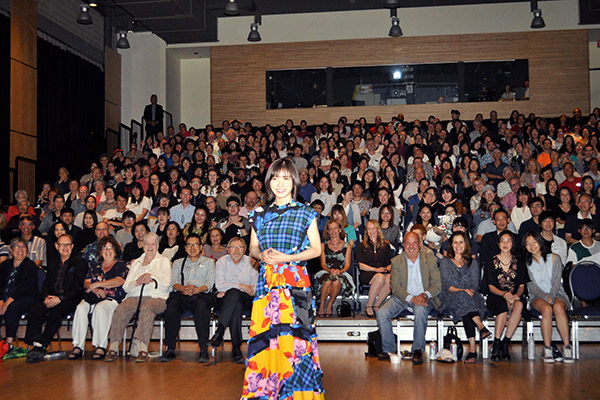 TORONTO — Almost everyone can remember their first crush, whether it blossomed into anything, or became an experience of angst-filled, teenaged-unrequited love. This is the premise of Mayu Matsuoka’s new film, Tremble All You Want (Katte ni furuetero).

At 23, Matsuoka has become one of Japan’s hottest up-and-coming stars, featured in films including powerhouse director Hirokazu Kore-eda‘s critically acclaimed Shoplifters. Now, Matsuoka is moving away from ensemble casts and stepping into the spotlight on her own for her latest film, Tremble All You Want. 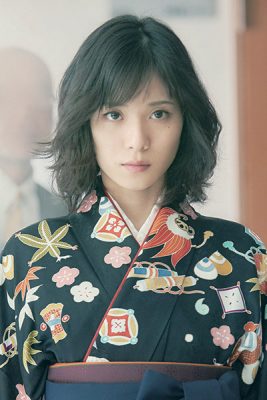 A romantic comedy, the film is directed by Akiko Ooku and based on a novel by Risa Wataya. The story circles around adorkable Yoshika, a 24 year old clerk who keeps her head down and crunches numbers all day. She obsesses over her first love, a crush in high school who she calls “Ichi,” who has just spoken 10 words to her in her life. She also navigates her first real-life boyfriend, an excitable co-worker she calls “Ni.”

Matsuoka radiates in every scene of this film, breathing life into Yoshika, who monologues her feelings to anyone who will listen. As the story continues, Yoshika reveals—through musical number—that she’s not as bubbly and chatty as she pretends to be. She keeps her head down and lives most of her life depressingly and inescapably alone.

Matsuoka speaks to what it means to feel desperately alone, a theme that can speak volumes to anyone who has felt overwhelmed and alone in the monotonous routines of everyday life. The film has resonated with its audiences, seen when it was awarded the Tokyo Gemstone Audience Award at the 30th Tokyo International Film Festival in 2017.

Matsuoka was in Toronto to present the Canadian premiere of the film at the Toronto Japanese Film Festival on June 12. As well she presented the North American premiere of her other film, Chihayafuru Part 3 on June 13. Both days, lineups of excited young fans and interested movie-goers attended the films and participated in audience questions and answers with Matsuoka afterwards.

Matsuoka sat down with Nikkei Voice to answer a few questions about her career and her film, Tremble All You Want with a translator.

Nikkei Voice: Is this your first time in Canada?

NV: Were you surprised to learn there is a festival in Canada all about Japanese cinema?

MM: I have known the existence of this film festival because all my colleagues, the film makers, actors, Mr. Yoshida (director of A Beautiful Star), have attended while ago and also Mr. Saitoh (director of blank 13), is coming next weekend.

NV: Do you think this film can teach Canadian audiences about what is like to be a young, modern Japanese woman?

MM: This portrait, I think, is of a very regular girl in Japanese society. She’s not famous, she’s not particularly very beautiful, she’s basically just like everyone. So for that reason, I think she does portray [a regular girl], but she’s also not the majority of other girls either. 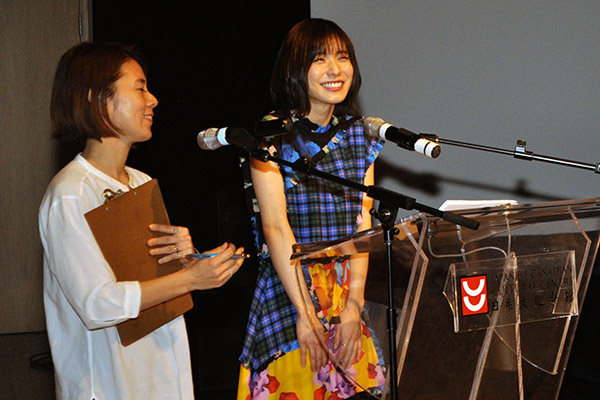 NV: Your film won the Tokyo Gemstone Audience Award, why do you think this film resonates so well with audiences?

MM: It was our first award that this film received at the Tokyo International Film Festival. So for that reason what I will do from now on as an actress, as a perform, would probably be to reflect back on this film. I was very humbled to receive the award.

NV: This was one of your first starring roles. How did it feel to take on a role like that?

MM: I’m just simply surprised that my first major role in a film like this became really popular, kind of out of proportion. I’m kind of surprised.

NV: You described the character, Yoshika, as a very everyday girl. Do you feel people can relate to that character?

MM: I think Yoshika is, by the look of her, very popular, very pretty. She seems to be very outgoing and loves chatting, but at the same time, she has a bit of a dark side to her as well. She is very pessimistic and not really fully confident of herself. So in Japanese society, maybe all the girls seem very pretty, well dressed, but there is a population of girls who can relate to Yoshika. Maybe not 100 per cent confident, and I think that’s probably why the film became very popular with the general population.

NV: In the film, your character obsesses over her first crush. Do you remember your first crush and what that was like?

MM: Yes, I have had the experience as well. I didn’t have the experience of being in love with somebody for 10 years, like Yoshika. Yoshika has been holding in this feeling for the last 10 years. But I think that is very common for all of us, whether female or male, to watch this film which brings those memories back to mind. I would really appreciate it if that would happen.


[…] harbour many secrets and it is soon apparent that neither Shota or his sister Aki (the luminous Mayu Matsuoka as a peep show performer) are their actual children. Shota begins to resent the attention Juri […]