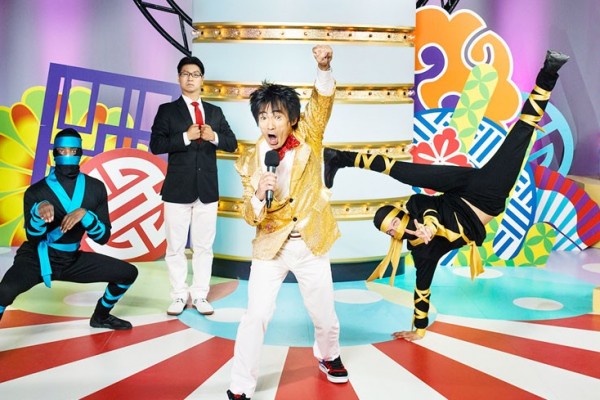 You’re blindfolded, about 9-years-old, and being wheeled onto the studio floor of a mysterious game show.

The producers interviewed you and you had a chance to ask them a few questions, but you left knowing that this is, ‘The best game show ever made.’

With that in your mind, your blindfold is lifted and you’re greeted by this:

“Their expressions are priceless,” says Matt Hornburg, co-CEO and executive producer at marblemedia, in an interview with Nikkei Voice.

“You can just imagine a group of kids who are blindfolded and have been told they are on a game show, and we have them come charging into the studio on a rickshaw, take the blindfolds off, and suddenly we have Yoshi, Judge Masa, and a hundred Japanese audience members who are waving their hands and yelling,” Hornburg says. “It’s very much a fish out of water experience.” 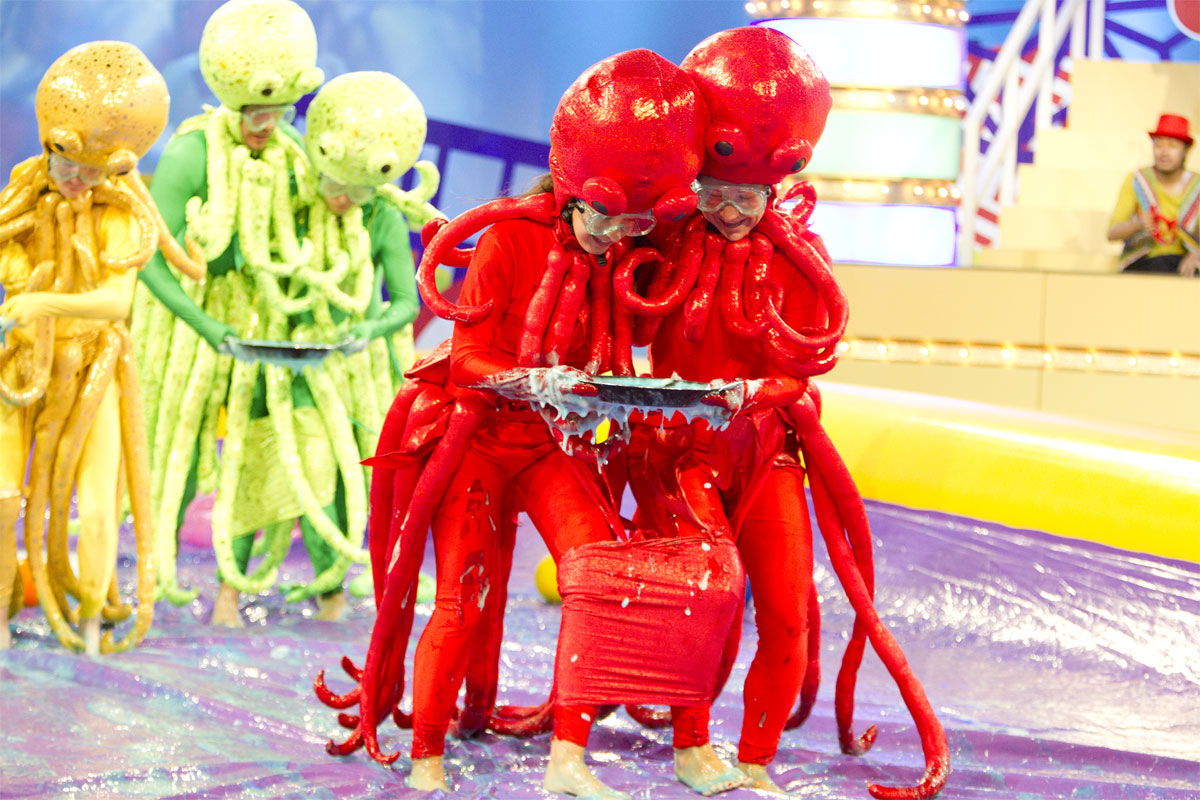 For the past few years, Matt Hornburg and his business partner Mark Bishop have been looking to bring a Japanese game show to children’s broadcasters in North America.

While adults might be familiar with shows like MXC or I Survived a Japanese Game Show, kids have never had a chance to experience the high-energy environment of Japan’s game show culture.

What the duo at marblemedia wanted to bring to North American audiences was a show that retained the fun, but also had a little education and cultural exchange thrown into the mix.

During the show, contestants take part in a number of challenges from pouring tea on a conveyor belt to carefully serving drinks to the show’s ninja helpers. Whatever the challenge, both Judge Masa and Yoshi are always doing their countdowns in or giving some helpful advice using the Japanese language. 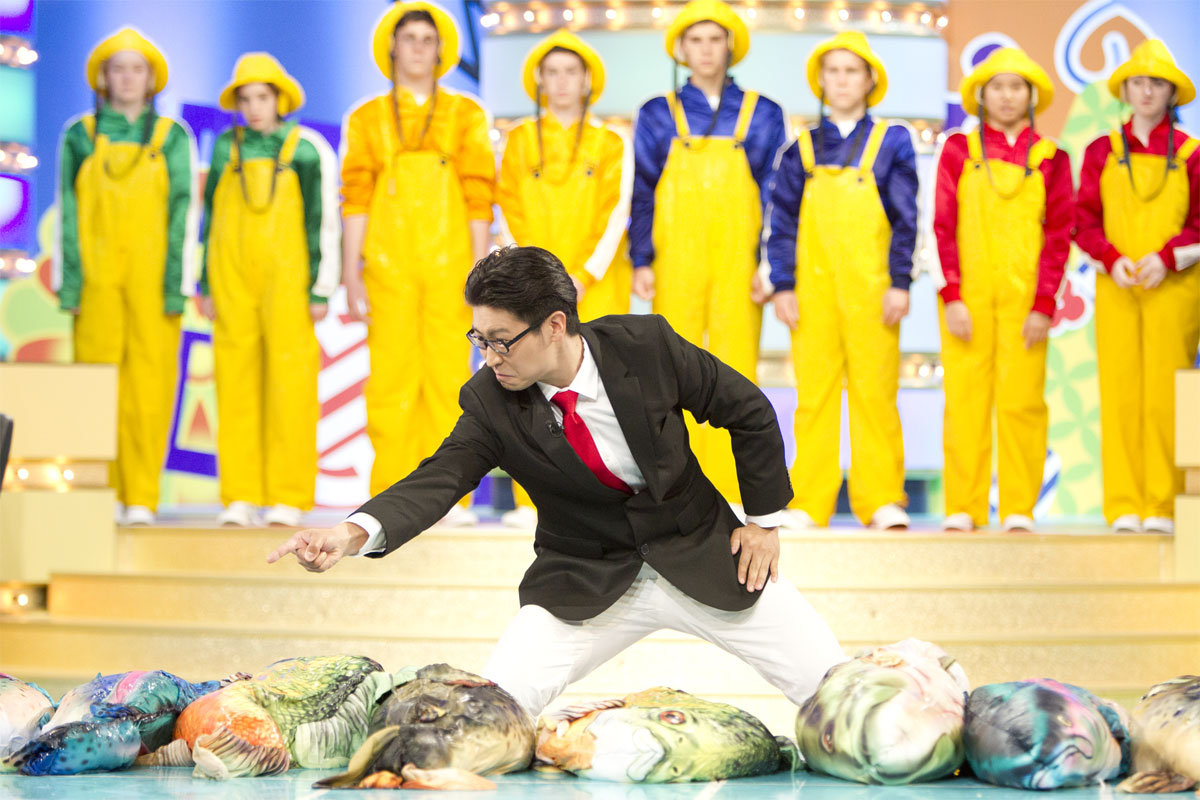 I don’t even want to imagine what this challenge requires.

“Part of the charm of it is exposing some North American kids who may not know anything about Japanese culture,” says Hornburg.

“It was a soft mandate for sure and for us we wanted to ensure we were being very representative of elements of Japanese culture and make sure it felt like a proper celebration,” he says. “That’s going to be a side effect of the show in that we’re going to have a lot of North American kids who are able to count from 1 to 10 just like Judge Massa has taught them.”

Matt and Mark at marblemedia have made a career of providing unique and interesting television content for kids and adults. Over the last few years, marblemedia has produced shows like Skatoony and Spatalot, game shows for younger audiences. However, the company has also helped produce shows for older audience like The Dating Guy.

While at first blush the show might look like just a lot of fun for the contestants, those who appear on Japanizi Going Going Gong also get a chance to experience the fun side of another culture.

It’s a game show that might even give contestants future aspirations to travel to Japan, says Hornburg, in order to experience the culture first hand.

Be sure to check out Japanizi Going Going Gong on YTV (Channel 25 in Toronto) Tuesdays at 6 p.m. beginning on November 5th.

As well, be sure to check out www.japanizi.com in the coming weeks as they broadcast a choose your own adventure starring Judge Masa as he recounts how he got the job.