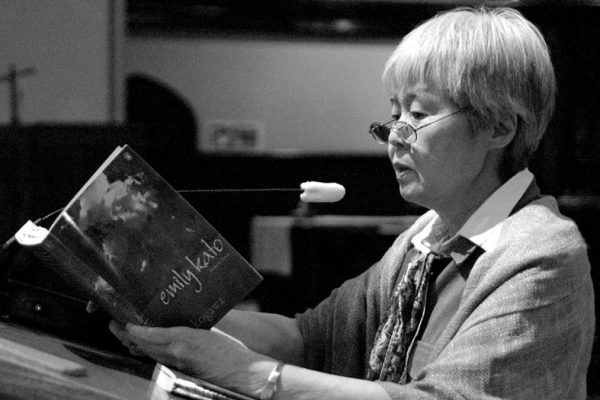 Author Joy Kogawa is trying is trying to introduce Japanese-Canadians to each other with the new speakers series, “We should know each other.”

“It is my hope that people will find comfort in meeting one another, will be curious about what has happened to us, and that we will be expanded by knowing each other,” says Kogawa.

The idea was sparked when Kogawa became part of St. Andrew’s Japanese congregation, who will be hosting the speakers series. After the Japanese-Canadian community was separated by the forced relocation during internment and postwar dispersal, she says she felt a home-coming and sense of community in the small congregation.

“We had experienced the loss of community in leaving Vancouver, then leaving Slocan,” says Kogawa. “I discovered a sense of continuity, an intuitive sense of having shared a lifetime of sensibilities that are peculiar to who we are, have been and continue to be.”

Asking congregation members what they would like to see most, she says she was told to see more Japanese-Canadians. Kogawa had the idea of a speakers series to connect Japanese-Canadians to each other, and in doing so, repair the disconnect within the community. Along with St. Andrew’s congregation and community volunteers, she decided to take on the project.

The will to destroy our community was part of the Canadian government’s intent in implementing the dispersal policy. This was cruel, especially for people for whom belongingness was at the core of our identity. Any effort to try even a bit of healing and connecting felt worthwhile,” says Kogawa. 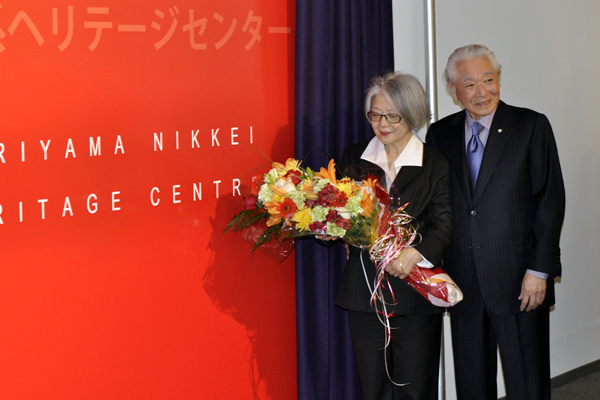 Raymond Moriyama will be the first speaker in the series, on Nov. 3. Here is Moriyama and his wife Sachi at the opening of the heritage cenrte named in their honour.

The speakers series kicks off with world-renowned architect Raymond Moriyama on Nov. 3. Other speakers include dean of arts, Pam Sugiman at Ryerson University; authors Kerri Sakamoto and Lynne Kutsukake and pianist Jamie Parker among many, many others. The most exciting part, says Kogawa, is the opportunity to meet the community’s own promising yonsei, just starting to make a name for themselves. The series will take place once a month at St. David’s church in Toronto.

The series already has quite a backing in the community, being sponsored by the Toronto chapter of the NAJC, Japanese Canadian Young Leaders of Toronto, JCCC Heritage Committee and the Nikkei Voice, as well as being hosted by the St. Andrew’s Japanese congregation at St. David’s Anglican Church.

The series will continue throughout the year, and as it develops, Kogawa says she hopes “we can find some empty part of ourselves filled, that we can be useful together and make a difference in our own lives and others.”


[…] opera was an adaptation of Joy Kogawa’s book, Naomi’s Road, of the same name. It seems fitting now that Kogawa approached Mori about […]