How a love for music ‘monopolized’ Ken Yoshioka’s life 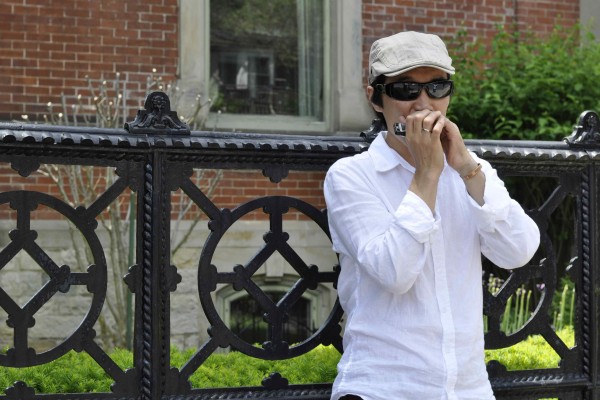 Ken “Beast From The East” Yoshioka once played his guitar and harmonica over 350 days in one year.

But according to the Japanese musician who has lived in Toronto for over 20 years, performing has just become part of his daily routine.

“I came to Toronto first on a working visa just to experience music abroad and I have met so many people after joining bands and playing live. My want to stay here only got stronger and stronger before going back to Japan,” Ken Yoshioka said in an interview with Nikkei Voice.

“My love of music is one of the reasons why it still monopolizes my life,” he said.

Yoshioka has performed many kinds of music including the blues, country, jazz, and so on to fit his harmonica, but over the years he has felt his musical abilities grow as he’s found more and more artists to play with in the city.

He realized that he didn’t want to just play for pleasure as he had in Japan, he wanted to elevate his musical skills.

“At that time, it was just for enjoyment,” he said. “I feel more responsible for my musical abilities when I’m playing with other musicians and I’ve had so many help me along in Toronto.” 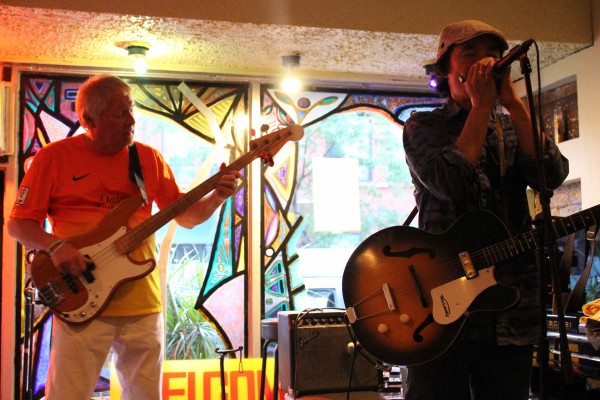 Yoshioka has played music since he was in junior high school and it was while playing covers of The Rolling Stones and The Beatles when he found his passion for music.

“When I was junior and high school student, I had a band, which was playing cover songs of 60’s and 70’s bands like The Rolling Stones, The Beatles and so on, and played guitar and vocal,” Yoshioka said.

“As most of people have never tried to play cover songs including a harmonica those days, I was curious about it, so tried to play. It was interesting and stood out unexpectedly. Afterwards, I got into playing a harmonica. When I listened to blues music in order to know roots of the harmonica, realized that I like blues music. 50’s blues like Chicago blues is holding a peace of importance. Solo play of harmonica is also one of that,” he said. 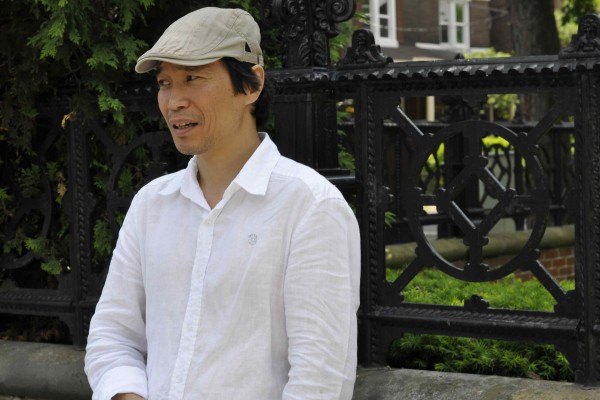 Mike O’Grady, pianist, and Julian Fauth, guitarist, have been playing with him on the stage for a long time and even called him “Beast”.

“Through playing with them, I have been gained so much,” he says, but unfortunately he hasn’t been able to bring them back to Japan with him to perform.

“I have been able to go to Japan and perform in Kanagawa, Tokyo, Osaka, Kyoto, Hukuoka, Nagasaki, Kumamoto and Kagoshima. Being able to have a concert in Japan makes difference,” he says.

Although he plays in both countries, he always notices a difference between Canadian and Japanese audiences.

“In Canada, audience is separated who listen carefully and not,” he said. “Canadians clap their hands and shout. In short, they are excited. By contrast, in Japan, everyone seemed to just listen quietly. When I performed at Pontocho in Kyoto, French, American and Italian sightseers noticed my music inside a bar and gathered up in front of me while everyone else stayed in their seats,” he says.

As even Japanese bands and artist who are constantly changing their musical sounds and tastes, Yoshioka says he’s going to keep to jazz.

“It’s not going change a lot and I was able to find a style suited to me. I’d like to improve my skill even better and keep playing for as long as I can,” he said. 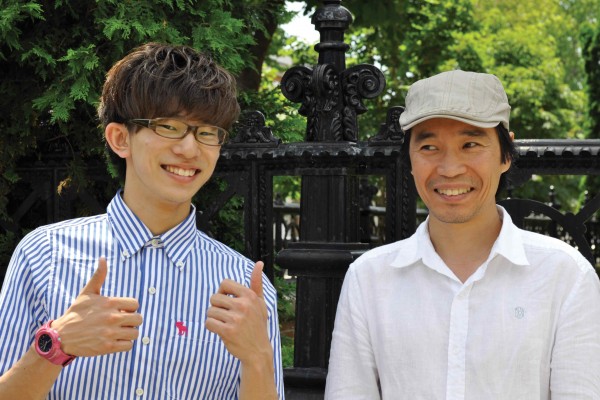 Yoshioka usually relaxes during his days off, but also make a lot effort to practice.

It’s a recipe that has worked for over 20 years and kept him performing live in Toronto. I reckon, his foundation of musical talent and drive will keep him playing well into the future.


I met Ken about 16 years ago when he played with Julian Fauth and my brother Leo, on bass, in a band called Dark Holler. I enjoyed his harmonica playing so much that I decided to learn the harmonica myself. I still go out once in a while to see him perform. I have always found him to be a very humble, nice, personable guy . . . and a fantastic musician.
Congratulations Ken.