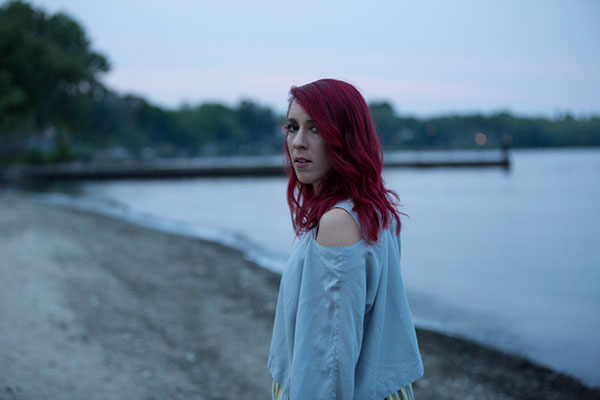 For Jessica Stuart, playing the koto is an experience that runs deep into her blood. Stuart, whose band, The Jessica Stuart Few, features the koto, along with the drums and a double bass is releasing their third full-length studio album, The Passage, later this month.

The koto is a traditional Japanese wooden string instrument. It is usually 6 feet long, with 13 strings, strung over 13 movable bridges and is played with a pick.

Stuart and the koto have a long history together. She began playing the koto when she was nine years-old, and her mother played the instrument long before she was born. When Stuart was nine, her parents packed her and her sister up and moved to Japan for a year. Stuart’s parents had lived in Japan in the 70s, and always wanted to return with their daughters, but when they were at an age where they could appreciate the experience, says Stuart. That one year in Japan made such an impression on Stuart, that it set the course of her musical career.

“For me as a human being, my perspective on the human experience and the way that people communicate with each other and what life has to offer is hugely influenced by that one year in Japan,” says Stuart. 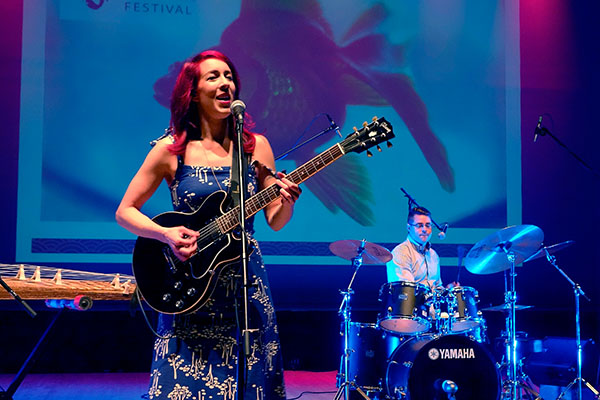 Arguably, the largest impact that year in Japan had on her career was the private lessons that Stuart and her mother took on the koto. Stuart’s mother, who is a classically-trained pianist and musician by profession, first gravitated toward the koto while obtaining her masters degree in music at UBC. Her advisor had a connection to Asian instruments and introduced her to the koto, and she then went on to study the instrument very seriously in Japan for four years before Stuart was born.

“She applied to a grant to Canada council to go study koto abroad and she said that the first application [was rejected] they said that’s not a real instrument,” Stuart says, “but then somehow on her second application she managed to go.”

Despite the influence Japan and the koto has on Stuart’s career, there was a time she had turned her back on it. When she first returned to Canada after a year in Japan, her classmates would exclude her and made it very clear they were not interested in her Japanese experience.

Luckily Stuart did not keep that attitude her entire life. About nine years ago Stuart picked the koto back up again, and began writing music with the instrument. Her response from Canadians this time around was much different. Now she says Canadians are intrigued with the koto, and the magic-y and unique sound it brings to The Jessica Stuart Few, when she plays in venues like the Toronto Jazz Festival. 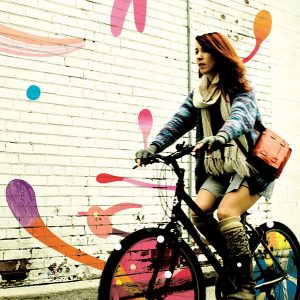 Digital booklet for The Passage. Artwork is created by Japanese artist, Takashi Iwasaki. Stuart and Iwasaki send each other artwork that they each build off of as an inspiration project. Photo courtesy: Jessica Stuart.

While getting a good response from Canada, Stuart worried how Japan would accept a Jewish-Canadian, with bright red hair, playing the traditional Japanese instrument.

“I’m not Japanese, and I don’t show my cultural Japanese influence on my face,” says Stuart “I was concerned that someone might see my use of the koto as a ‘culture vulture’ kind of thing, like opportunistic.”

But the response Stuart received in Japan was overwhelmingly positive. While touring through Japan, people would come up to her completely intrigued. She received all kinds of feedback from fans, who told her they had never seen a koto played live, or that their grandmother’s used to play the instrument. Her catchy song, Don’t Ya off her second album, Two Sides to Every Story, was on the Japanese Top 40 charts in September of 2013.

Stuart has toured extensively through Japan, as well as visiting China, Australia, and Germany. She says she hopes in the future to venture more into Europe.

Touring with kotos does have it’s own logistical issues, says Stuart. After having a koto smashed to pieces on a plane (Stuart’s kotos are always handmade from Japan) she invested in a giant, 50 pound case to protect it.

“So walking up to the counter at the airport, they’re just like ‘no, your coffin cannot come onto the plane’,” Stuart laughs, “So basically every time that happens I look back to nine year-old me and think, why didn’t you choose the shamisen!”

Another reason Stuart worried about touring through Japan with the koto is that people would think she was using the koto as a gimmick. But Stuart is the farthest from that. She approaches the instrument with a great deal of respect for its culture and a deep understanding about its history. Unlike many mainstream artists that borrow bits and pieces of different cultures because they like the sound or look without an understanding of where it comes from. Stuart’s understanding of the instrument runs deep in her personal history. 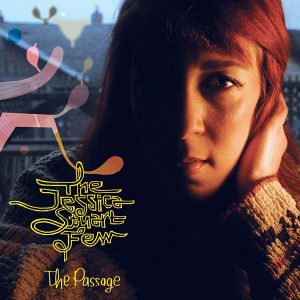 The Jessica Stuart Few’s third full-length studio album, The Passage, will be released Oct. 25. Stuart says she hopes that listeners will feel the soul and flavour in this album. With each album she releases, Stuart says she learns more about herself musically and what works and what does not.

Unlike many albums, where each instrument is recorded separately, Stuart says her album is played live off the floor. Meaning all the instruments are played and recorded at the same time, something she does on all her albums, which creates a sound and energy that can’t be replicated by playing slices of a song separately and the putting it back together electronically.

As well, there is no auto-tune or pitch manipulation on the album which is often an industry standard now, says Stuart.

“That means there are little slight imperfections and things,” she says. “And I sign off on that and I’m super happy about that because it’s real, and I’m tired of everything sounding perfect, it’s not authentic. And if we can do it really well, and we can use our musical skills, why wouldn’t we?”

Stuart is the embodiment of a Japanese-Canadian artist, in that she plays and studied a traditional Japanese instrument, and plays singer-songwriter music, a distinctly Canadian sound. 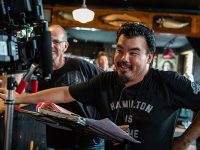 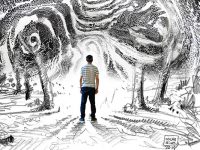 
[…] Stuart could see people’s interest in her was superficial, seeing her as a novelty or spectacle. But […]