Landscape architect sets his eyes on T.O. for potential project 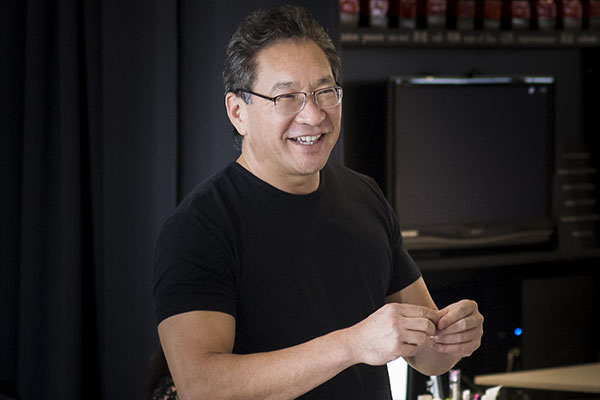 Colin Okashimo has worked in Singapore for over 30 years, but his firm has offices all around the world and could be looking to Toronto soon. Photo courtesy CKOA

TORONTO – Landscape architect Colin Okashimo is hoping to find a collaborator for a project that he hopes will bring calm to the chaotic city.

“Whether I could find the right collaborating firm to support me is a big thing,” Okashimo told Nikkei Voice in an interview about the viability of the project. “I’m trying to find a way to work with people where it’s a win-win situation. I bring to the table my expertise and they also are willing to support and work together.”

Colin K. Okashimo and Associates is an award-winning firm based primarily in Singapore where Okashimo has lived for over 30 years.

Their designs philosophy revolves around creating places of contemplation through art and environment, which also help slow down the pace of life.

That, Okashimo admits, can be a difficult thing to do during a Canadian snow storm, but he hopes he can find someone who would be willing to collaborate with him.

The sansei architect has worked overseas in Hawaii and Singapore, but says that he wants to build something in Canada.

When university loomed, Okashimo had to decide what he was going to do with his life.

As a young man, he had always enjoyed working with his hands and making things, and the thought of becoming a gardener at the suggestion of his mother who reminded him of the time he had spent helping his grandfather during the summers in Toronto.

The idea of setting his own hours was appealing, but not entirely fulfilling.

At the time, his family had moved to Guelph and his father worked at the university in computer sciences. His father had heard of a new program at the university called Landscape Architecture and recommended that he take a look at what the program had to offer.

“They had just finished a huge deadline for a major project and I just so happened to be going in at that time,” Okashimo told Nikkei Voice.

“When I saw the people passed out, sleeping, coffee cups everywhere and left over pizza… I loved it,” he said. “It’s the kind of thing you get when you meet people who are passionate about what they do.”

He desperately wanted to be in the program and was told to find inspiration for his entry exam, but where he found it was half way around the world.

Okashimo’s father had a sabbatical in Japan, which gave the budding architect the chance to explore the country of his origins and find his primary source of inspiration that continues to influence him to this day.

Japanese gardens are places of contemplation and meditation. Being in them at the time had a strange effect on him. He remembered when he sat with his family in his youth as they drank tea and discussed the future.

He would mail off photos, designs, notes, and essays to the university while overseas. It was enough stuff that the university insisted that he take his things home with him once he had been accepted.

It’s a philosophy that Canadians could definitely use whether it’s blazing hot or freezing cold.