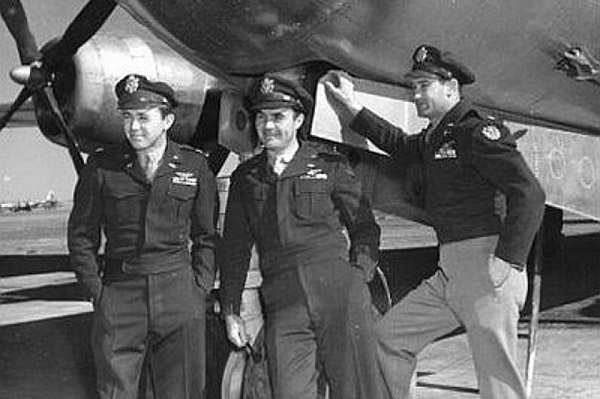 The last surviving crew member of the Enola Gay, the B-29 Superfortress that dropped an atomic bomb over Hiroshima, Japan has died at the age of 93.

Theodore Van Kirk was the navigator of the plane alongside commander Paul Tibbets, co-pilot Rober Lewis, and bombardier Thomas Ferebee, and seven other crew members.

“I know he was recognized as a war hero but we just knew him as a great father,” Tom Van Kirk said in a telephone interview with the Associated Press on Tuesday.

Next year in 2015, it will be the 70th anniversary of the attack and Japan remains the only country that has had a nuclear device detonated on its soil.