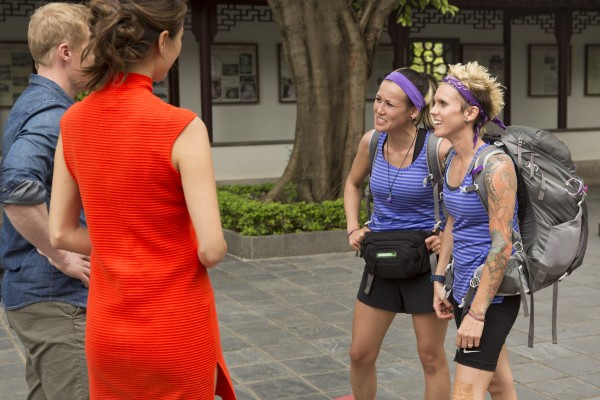 Without even knowing it, the countless evenings watching TV on the sofa turned out to be training for Laura Takahashi.

Takahashi and Jackie Skinner, her married partner always loved ‘The Amazing Race’, which just completed its 24th season in the United States. When they found out that the show was coming to Canada, they were ecstatic and applied.

Although they weren’t selected for the show’s first season North of the border, they auditioned again for the second season of The Amazing Race Canada and were selected as one of the 11 teams in this year’s edition of the reality television show.

“When we used to watch, we’d put themselves in the shoes of the competitors, asking each other ‘What would we do if we were doing that challenge’ based on what we were watching,” Takahashi said.

The television show lasted about six months from the time of the first auditions, to the show wrapping up. But for Takahashi and Skinner, who both work freelance jobs, they were, “More than happy to fit it in.”

Takahashi said that the show was even more difficult and fun to be a part of than anticipated.

“As far as being a big fan of the show and then actually being in it, I couldn’t believe how incredibly difficult it was. It exceeded my expectations, I could never have prepared myself enough for how thrilling it was.”

Takahashi described herself as someone who’s more of an A-type personality that likes to plan things out.

She said that to go on a show that’s all about thinking on the spot and doing crazy stuff was “awesome.”

Takahashi said that having to do tasks, like having a member of the team jump 12,000 feet down, out of an airplane at the drop of a hat was a surprisingly fun change.

“To go on a trip that’s mostly about travel and experiences, to not know where I was going and to not know what I was doing was really awesome. I didn’t really know that I’d embrace the spontaneity of it so much.”

On the show, duking it out for the half-a-million-dollar grand prize, they went to Jasper Park in Alberta, Tofino, B.C. and Hong Kong, where the couple was eliminated after taking a wrong turn on a detour.

“You’re relying on yourself with no phone, no internet and relying on other people and what you can find out.”

Takahashi said that the biggest obstacle was that normally, in day-to-day life, she considers herself a decisive person who can easily make choices and isn’t being afraid to regret a decision made.

But on the race, you’re making a decision that you can’t turn your back on, in a place you’ve never been or seen before.

“You’re making all of your choices on the spot, so for me it was really hard to pull the chord and make decisions on the race,” she said.

During Takahashi’s experience, she also learned more about her partner, Skinner, who she met 15 years ago when the two were camp counselors. 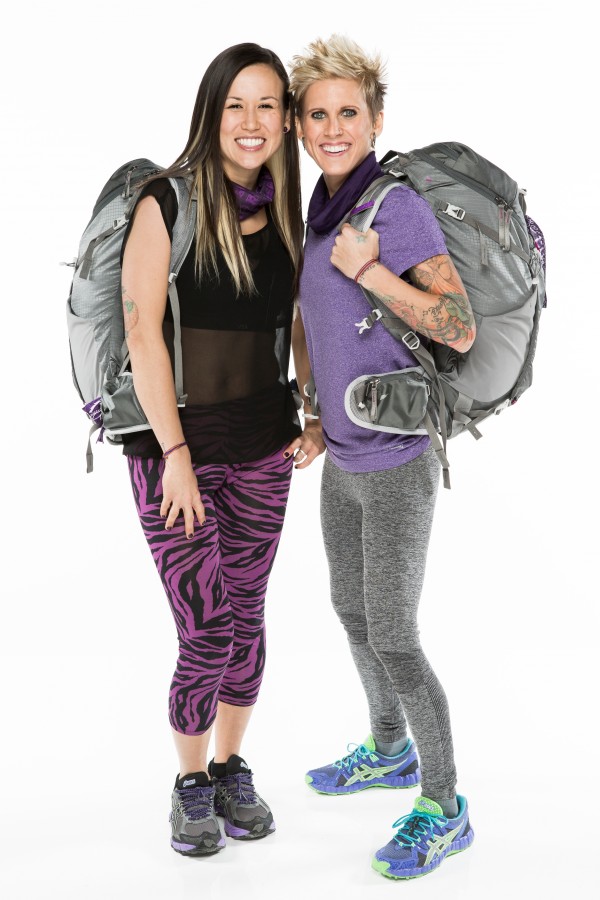 “I learned how incredibly calm she can stay during those situations and how much clarity she has. She doesn’t get caught up, I feel like I got caught up in the rush of it all.”

Takahashi said that sometimes she wanted to rush ahead to try and bolt to the finish line, while Skinner would see the bigger picture and bring levelheadedness to the team.

“The race can be won in minutes, but it’s still really worth it to take your time and make the right decision.”

Takahashi said that the race taught her that she can handle more than she expected and how to tap into her full potential.

“I wasn’t surprised, but I definitely was reminded that I can push my limit a little further every day,” she said.

But she said elimination was bitter sweet.

Although only one team can win out of 11, she wasn’t ready to let go and wanted to keep the adventure going.

“I wanted to keep on going, not even to go for first [place], but just to continue the experience since there’s nothing else like it, ever.”

At the same time, Takahashi took pride in what her and Skinner – who were the smallest team – accomplished, especially in the first leg of the race, which was very physical. She’s also very happy that they had the chance to travel internationally on the show.

With the show continuing to air on television, Takahashi, who owns her own media company, is working as a food photographer and video editor.

Takahashi and Skinner plan to travel world, celebrate what they did on the race and are excited for the future.

When asked if she’d do it all over again if she could, Takahashi said, “Oh definitely, definitely.”

Lessons from Ochi: The inaka and the boogie man
November 20, 2020

Artist Randall Okita pieces together grandfather’s past in “The Book of Distance”
November 18, 2020